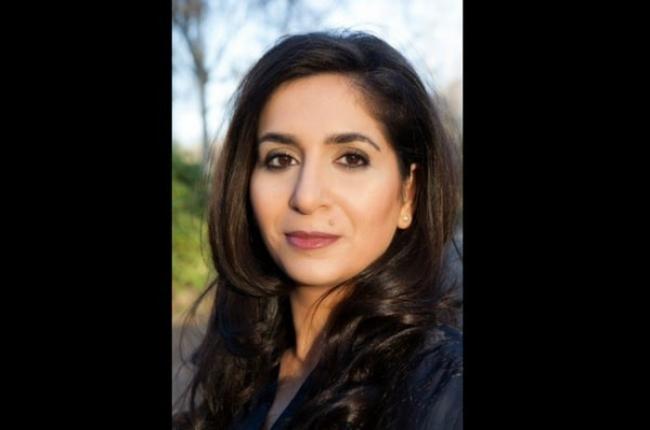 LOCATION/TRAVELS FROM: Germany
* This specific fee falls within this range. Ranges are presented as a guideline only. Speaker fees are subject to change without notice. For an exact quote, please contact your Leading Authorities representative.

Souad Mekhennet is a correspondent for The Washington Post’s national security desk, and she has reported on terrorism for The New York Times, The International Herald Tribune, and NPR. She was a 2012 Nieman Fellow at Harvard University and she is a visiting fellow at the Johns Hopkins School of Advanced International Studies as well as the Geneva Center for Security Policy. She was also named a Young Global Leader by the World Economic Forum.

Souad first reported for The Post in the immediate aftermath of the Sept. 11, 2001 attacks, delving into the backgrounds of the Hamburg cell and writing on the al-Qaeda threat in Europe, North Africa and the Gulf. She was part of The Post’s coverage of the U.S. occupation of Iraq. In 2004, she began a long interlude at The New York Times where she produced some of the most distinguished reporting on the Bush administration’s war on terrorism, most notably the CIA’s botched rendition of Khalid el-Masri, a German citizen.

Souad returned to The Post as a contributor in 2014 (and was upped to staff writer in 2017). With her colleagues, Souad helped unmask Jihadi John. She reported the death of Abdelhamid Abaaoud, the leader of the group that staged the Paris attacks, 15 hours ahead of a government announcement and the rest of the media. And in a harrowing piece this June, she described the ordeal of rushing to cover a terrorist attack in Munich only to learn that one of the dead was a relative.

Souad has written four books, most recently her critically acclaimed memoir, I Was Told to Come Alone: My Journey Behind the Lines of Jihad, which the New Yorker described as “an enthralling and sometimes shocking blend of reportage and memoir from the centers of jihadi networks.” It has been included in the 2017 longlist for The Baillie Gifford Prize for Non-Fiction and received the Daniel Pearl Award for Courage and Integrity in Journalism. The book was also featured in one of Europe’s most respected news magazines, Der Spiegel, and on the highly popular VICE.com in the US, among many others. I Was Told to Come Alone was also named one of the five best non-fiction books of 2017 by the Washington Post, while Publisher’s Weekly named it one of the Best Books of Summer 2017. Her other books include: Islam; The Eternal Nazi: From Mauthausen to Cairo, the Relentless Pursuit of SS Doctor Aribert Heim, co-written with Nicholas Kulish; and The Children of Jihad: The New Generation of Islamist Terror in Europe, co-written with Claudia Sautter and Michael Hanfeld.

Souad recently spoke at the 9-11 Memorial Museum and Los Angeles Museum of Tolerance. She has also been invited to speak at the US Department of State’s Ralph J. Bunche Library. She has appeared on CNN’s Connect the World with Becky Anderson, CBS This Morning, MSNBC’s Morning Joe, BBC World News, WHUT’s Mimi Geerges Show and ABC News.