Dana Perino & Donna Brazile: The Pros and Cons of the Affordable Care Act 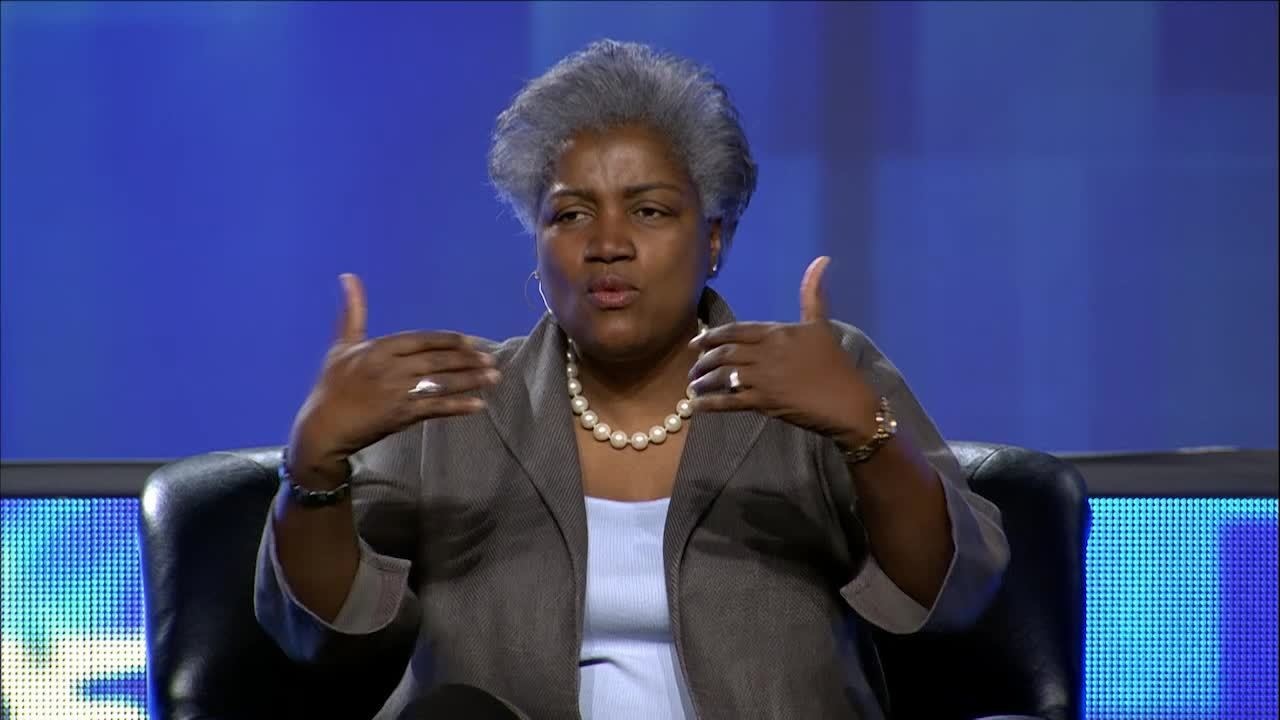 In this video, political duo, Dana Perino and Donna Brazile, discuss the positive and negative attributes of the Affordable Care Act in a panel moderated by Terry Moran. Moderator Terry Moran shares that he believes that politics has moved away from fixing the problem, to how to submarine the other side for their proposals.

Dana Perino is a revered political commentator and journalist, New York Times #1 best-selling author, and a former White House Press Secretary. She currently hosts The Daily Briefing with Dana Perino, and is a co-host on the hit show, The Five, both on the Fox News Channel. The Five has won its time slot every day since it started in July 2011 and last year it finished as the fifth most-watched program in all of cable. Part of an ensemble cast, some viewers have nicknamed Perino, “The Voice of Reason” on The Five. A Fox News political commentator, she also appears weekly on other Fox programs.

Veteran political strategist Donna Brazile is the former interim Chair of the Democratic National Committee (DNC), the author of the New York Times bestseller Hacks: The Inside Story of the Break-Ins and Breakdowns That Put Donald Trump in the White House and the 2004 best-selling memoir Cooking with Grease: Stirring the Pots in American Politics. She is a co-author of For Colored Girls Who Have Considered Politics, which won the 2019 NAACP Image Award for Outstanding Literary Work, Nonfiction.

Political strategist Donna Brazile is the former interim chair of the DNC, as well as the former vice chair for civic engagement and voter participation at the DNC, an adjunct professor, current Fox News contributor, best-selling author, syndicated columnist, and television commentator. She was also the first African-American woman to manage a presidential campaign. Her southern charm, big personality, and hilarious anecdotes make her an instant audience favorite. Oprah’s O magazine chose her as one of its “20 remarkable visionaries” and Washingtonian named her one of its “100 most powerful women.” Brazile is known for her ability to analyze the political climate and attract supporters, and she addresses this and the political mood of the country.
Topics & Types
Politics Diversity & Inclusion African American Speakers Diverse Voices Female Speakers Media Political Analysts
Check Fees & Availability View Profile

Dana Perino was the White House’s first female Republican press secretary and one of the most widely-respected members of President George W. Bush’s senior cabinet. She is currently a popular political commentator and a co-host—and the breakout star—of Fox’s The Five, a ratings phenomenon and the top show in the timeslot. She is also the co-anchor of Fox's America's Newsroom and previously served as anchor of The Daily Briefing with Dana Perino. Her commentary is also regularly found in major publications. Perino analyzes the political landscape and current events in the same energetic style that has made her so popular on TV. Small in stature but big on personality, she consistently gets rave reviews.