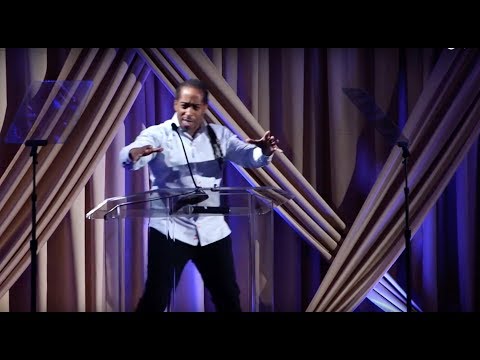 “Innovation is the difference between ‘Why didn’t I think of that?’ and ‘Why didn’t I think LIKE that?’” As businesses scurry in pursuit of “big I” Innovation – exponential technologies, cultures of innovation, and the like - Sekou teaches leaders to see through the “little i’s” of an innovator, by innovating from within.

In this video, Sekou demonstrates offers a creative perspective on embracing failure, encouraging unconventional thinking and being the kind of leader who walks your innovation talk. The inspiration in this hilarious and powerful talk will hit you deeply when Sekou shares the personal, innovative story of his creation of a new, cutting-edge style of communication, “Poetic Voice.”

As a recording artist, his album, “Poetic License,” made him the most awarded artist in the nation’s largest independent music organization. In 2019, Sekou made Grammy history by becoming the first contemporary poet in 12 years to receive the Grammy nomination for Best Spoken Word Album with his latest album, “Sekou Andrews and the String Theory.”

Sekou has now returned to the classroom, teaching his rockstar secrets to public speakers through his highly effective Stage Might™ speaker training system, that helps executives, influencers and leaders become more dynamic communicators by applying the techniques of master performers to business stages.

With all of the innovation and inspiration that is poetic voice, Sekou Andrews is accomplishing the seemingly impossible – bringing spoken word to the world’s largest stages, while redefining the notion of what a speaker is… and what a poet can be.

After you watch this video, visit Sekou Andrew’s speaker profile page to learn more about his expertise and speaking topics and see if he would be a good fit to speak at an upcoming event or meeting.

To check his availability and fees or to book Sekou for your next event or meeting, call us at 1-800-SPEAKER.