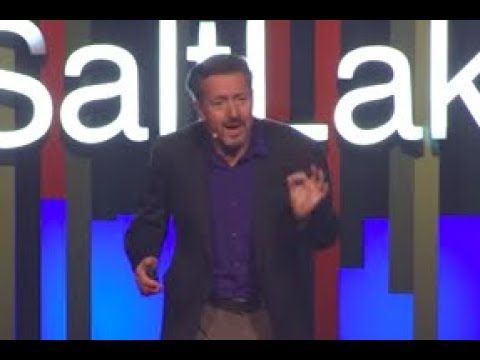 Dr. Geoff Tabin, an Everest summitter and eye surgeon, has the goal of curing blindness around the globe. Sound far-fetched? In this video, watch this talk to hear how Dr. Tabin and his colleagues are solving this prevalent health issue.

Dr. Geoff Tabin, Professor of Ophthalmology and Visual Sciences and Director of the Division of International Ophthalmology at the John A. Moran Eye Center, University of Utah, is also Co-Founder of the Himalayan Cataract Project. Dr. Tabin spends a considerable part of the year working abroad, both in Nepal and throughout the Himalayas, as well as in Africa. Tabin graduated from Yale University and then earned an MA in Philosophy at Oxford University on a Marshall Scholarship. From there, he earned his MD at Harvard Medical School in 1985. After completing an ophthalmology residency at Brown University and a fellowship in corneal surgery in Melbourne, Australia, Dr. Tabin returned to Nepal to work with Dr. Sanduk Ruit. Dr. Tabin adopted Ruit’s methods for delivering high quality cataract surgery at a very low cost and began teaching other Nepali ophthalmologists while running the eye hospital in Biratnagar, Nepal’s second largest city.

Dr. Geoff Tabin is a medical visionary, humanitarian, accomplished mountain climber, professor of ophthalmology and global medicine, and co-founder of the Himalayan Cataract Project (HCP), a non-profit organization working to eradicate preventable blindness in the developing world. A graduate of Yale, Oxford, and Harvard Medical School, Dr. Tabin is known for working with HCP co-founder and Nepalese eye surgeon, Dr. Sanduk Ruit, to develop and implement a revolutionary cataract surgery in the developing world that reduced costs from roughly $200 to $25 per procedure. Since its founding in 1995, the Himalayan Cataract Project has become a leader in international health innovation based on its unrivaled model in eye care and, together with its partners, has serviced more than 5.2 million patients from 16 countries including Nepal, Ethiopia, and Rwanda—providing more than 750,000 reparative surgeries to individuals suffering from curable blindness in those regions. A 2009 recipient of the Dalai Lama’s “Unsung Hero of Compassion” award, Dr. Tabin discusses innovative problem-solving, overcoming formidable challenges, and the development and implementation of revolutionary ideas.

Dr. Geoff Tabin is a medical visionary, humanitarian, accomplished mountain climber, professor of ophthalmology and global medicine at Stanford University, and co-founder of the Himalayan Cataract Project, a nonprofit organization working to eradicate preventable blindness in the developing world.