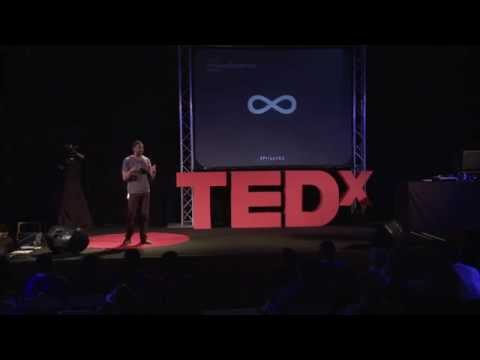 In this video, astrophysicist, educator, and humanitarian TED Fellow, Hakeem Oluseyi, shares how he trounced race and class to become an important contributor to computer technology and space research. Back on Earth, he's doing all he can to give young and underfunded scientists a chance to reach for the stars.

Dr. Hakeem Oluseyi, author of a highly-anticipated upcoming memoir The Stars in My Soul: My Unlikely Journey through Space and Time, is an internationally-recognized astrophysicist, science TV personality, and global education advocate who has had a long, distinguished career in academia and scientific research.

Most recently, he was stationed at NASA Headquarters, where he served as an Astrophysicist and Space Science Education Lead for NASA's Science Mission Directorate. In addition, he was a professor of Aerospace, Physics, and Space Sciences at the Florida Institute of Technology since 2007. A former TED fellow, Dr. Oluseyi holds three degrees, eight U.S. patents, four E.U. patents, and co-hosts several shows on Science Channel and Discovery International, including Outrageous Acts of Science, How the Universe Works, Space's Deepest Secrets, Strange Evidence, You Have Been Warned, and Strip the Cosmos. Dr. Oluseyi’s success is even more impressive given his incredible personal background and story. He motivates audiences globally with his message of persevering past naysayers, self-doubt, and seemingly immovable obstacles.

Dr. Hakeem Oluseyi has three degrees, 8 U.S. patents, four E.U. patents and has hosted shows on the Science Channel and on Discovery. But more impressive is his life story. Oluseyi grew up in the roughest neighborhoods of America, learned to survive on the street, and still taught himself Einstein’s theory of relativity from an old set of encyclopedias. At every turn he was presented with a compelling option to quit and yet he persevered. Today, he is a NASA astrophysicist, a global educator, and the author of the highly-anticipated memoir A Quantum Life: My Unlikely Journey from the Streets to the Stars where he recounts his journey from the streets to the stars. Dr. Oluseyi is exclusively represented by Leading Authorities.
Topics & Types
Inspiration & Motivation Overcoming Adversity Turnaround Diversity, Equity, & Inclusion African American Speakers Authors Diverse Voices TED Speakers
Check Fees & Availability View Profile