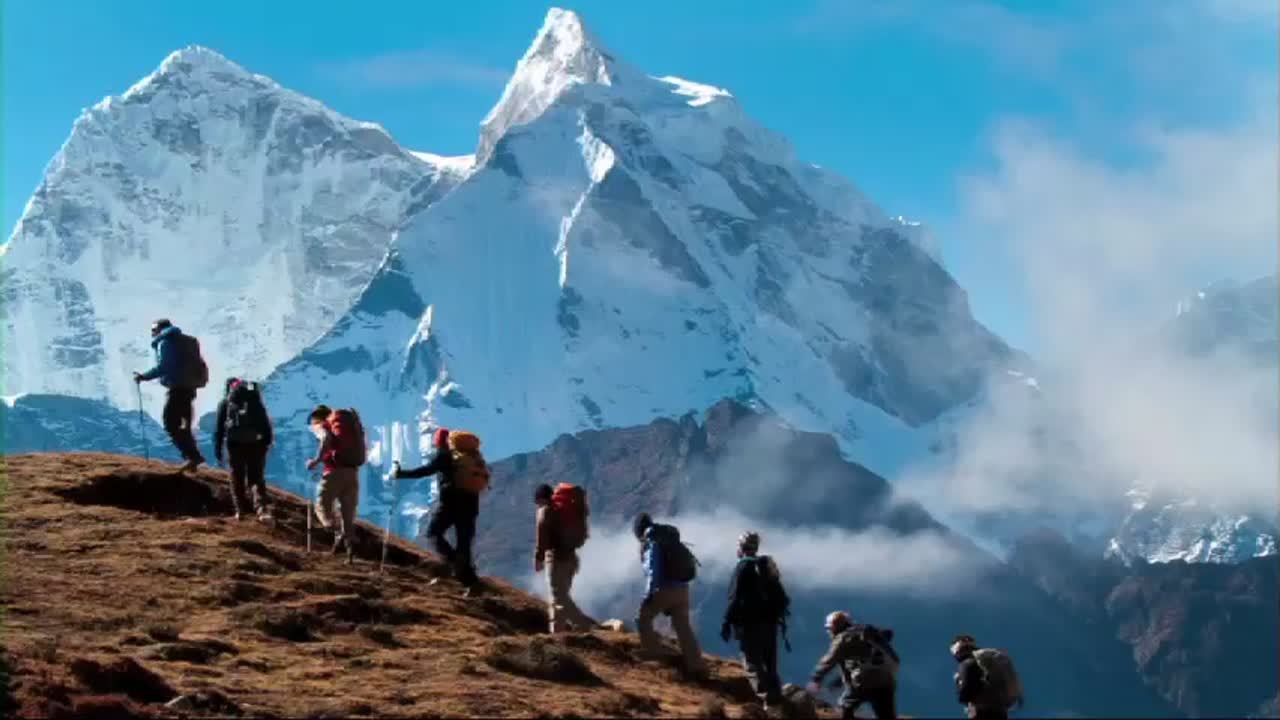 In this moving video, world-class blind adventurer and mountain climber, Erik Weihenmayer, talks about what it takes to keep climbing. Erik draws from his experiences during his ground-breaking adventures, inspiring us to have the vision to dream big, the courage to reach for near impossible goals, and the grit, determination, and ingenuity to transform our lives into something extraordinary. Erik understands better than most that barriers are real, not merely perceived, and shares personal stories to demonstrate that obstacles encountered can either stop us in our tracks, or we can figure out a way to harness them and propel ourselves to new places that we would never get to in any other way.

In 2001, Erik Weihenmayer became the first blind person in history to reach the summit of Mount Everest. In 2008, he completed his quest to climb the Seven Summits—the highest mountain on each continent. Additionally, he has ascended dozens of major peaks, rock walls, and ice climbs around the planet including the first blind ascent of the 3,000-foot Nose of El Capitan in Yosemite and an ascent of a rarely climbed 3,000-foot frozen waterfall in Nepal. In 2003, Erik competed in Primal Quest, among the toughest adventure races in the world: 457 miles, nine days, 60,000 feet of elevation gain, and no time-outs. Averaging only two hours of sleep a night, Erik’s team was one of 42 to cross the finish line out of the 80 elite teams that started. In 2006, Erik created the Adventure Team Challenge, a first-of-its-kind adventure race in which teams of disabled and non-disabled athletes compete; his team won five years in a row. In 2010, he completed the Leadville 100 mountain bike race, with elevations all above 10,000 feet, on a tandem bike, once again becoming the first blind person to complete a world-class competition. And in 2011, Erik’s Team No Limits raced across the deserts and mountains of Morocco for a month, finishing in second place on the ABC reality show, Expedition Impossible.

Explore Erik's speaker profile page to learn more about his speech topics, to watch more videos of him kayaking the Grand Canyon rapids and summiting mountains, and to see if he would be a good fit to speak at one of your upcoming events.

If you're interested in checking Erik’s speaking fees and availability, or if you would like to book him to speak at your next meeting, contact our team today!

To get in touch with our team, you can also send us an e-mail or call us at 1-800-SPEAKER.

Erik Weihenmayer is a world-class adventurer, the first blind man to summit Mount Everest, and one of only 150 mountaineers to climb the Seven Summits. His latest and most demanding adventure is kayaking the 277 miles of the Grand Canyon. One of the most exciting and well-known athletes in the world, he never let his lack of vision interfere with his quality of life. Weihenmayer’s feats have earned him incredible press coverage and dozens of awards. He is also the author of two books and addresses leadership, teamwork, overcoming adversity, motivation, and inspiration.
Topics & Types
Adventure Peak Performance Innovation Inspiration & Motivation Leadership Overcoming Adversity Risk-Takers Teamwork Athletes & Commentators Authors College & University Speakers
Check Fees & Availability View Profile