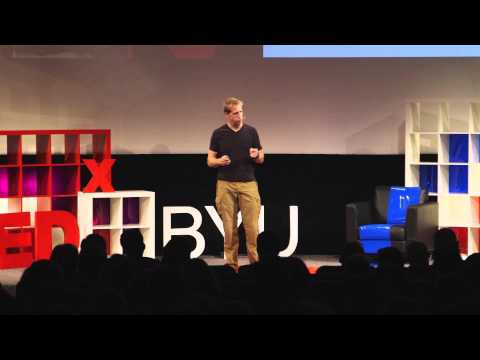 Jake Harriman served as a Special Operations Platoon Commander in the Marine Corps where he led four operational deployments and was awarded the Bronze Star for actions in combat. From his experiences, in this video Jake shares how he came to believe that the "War on Terror" won't be won on the battlefield alone: the contributing causes of terrorism -- disenfranchisement, lack of education, and extreme poverty -- must also be eradicated.

Jake left his military career and enrolled at the Stanford Graduate School of Business to build an organization focused on tackling extreme poverty. He graduated with an MBA in June 2008 and led a team to launch Nuru International in Kenya in the same year. Jake walks you through his journey from fighting terrorism on the battlefields of Iraq to fighting the desperation of extreme poverty in impoverished villages of Kenya and Ethiopia. He describes key discoveries he has made about the power of equipping leaders in making truly sustainable gains in the war against extreme poverty. Jake describes the urgency of the crisis of extreme poverty in a compelling argument that sheds light on the greater global implications of ending the crisis - including greater global security and stability and untapping 1/6th of the world's economic potential found among those living in extreme poverty.

Former Marine Platoon Commander Jake Harriman is the founder and former CEO of Nuru International, a U.S.-based social venture that empowers poor individuals in remote, rural areas to end extreme poverty in their communities. Inspired to act by the poverty and tragedy he witnessed during four operational deployments throughout Asia, the Middle East, and Africa, Bronze Star winner Harriman retired from active duty and enrolled at Stanford University’s Graduate School of Business before founding Nuru in 2008 and then living in 3rd world countries to put systems and models in place that save innocent families in war torn regions by teaching and building structure for leadership, agriculture, education, and survival. Harriman has now turned his attention to helping protect the American Democratic experiment. In 2020, he founded More Perfect Union to disrupt and reform the current political system, heal our divided nation, and give the government back to the American people.
Topics & Types
Inspiration & Motivation Leadership Relationship Building Teamwork Disruption Entrepreneurship Military Leaders
Check Fees & Availability View Profile