James Clapper: No Evidence of Collusion Between Trump and Russia 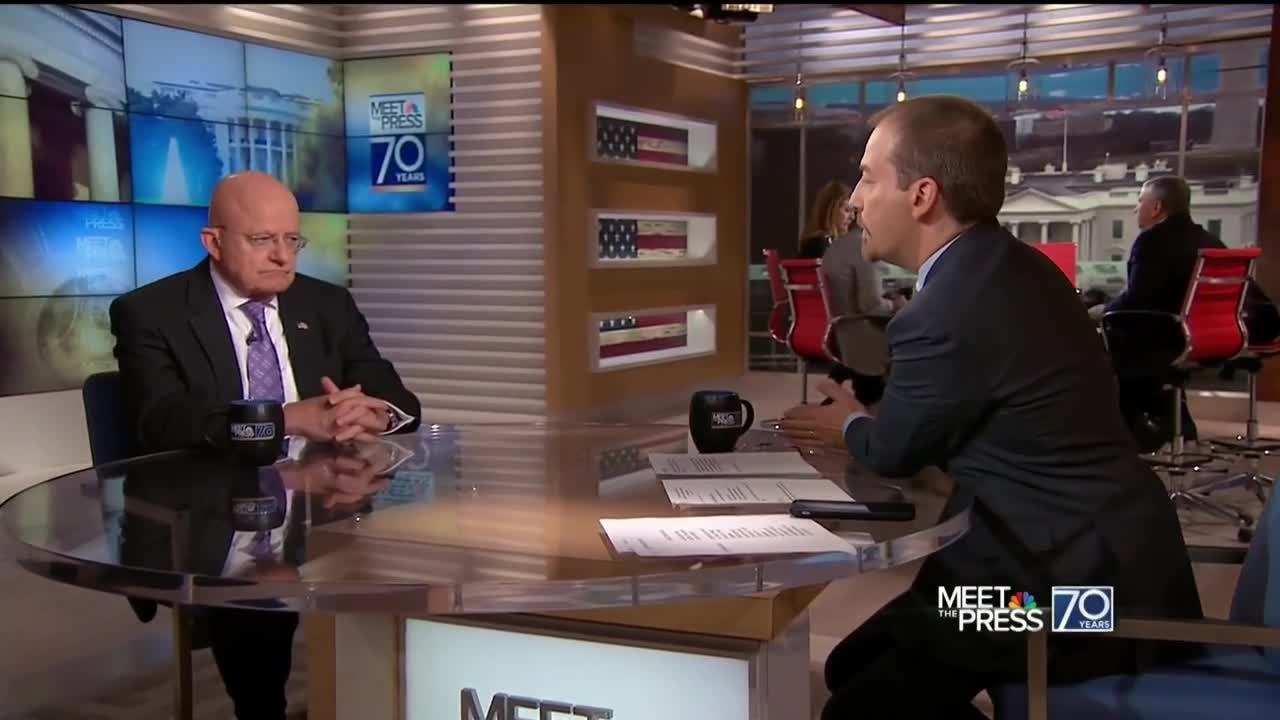 In an exclusive interview on Meet the Press with Chuck Todd, Former Director of National Intelligence, James Clapper, sheds light on the processes and rules influencing the intelligence community and the way it interacts with the President. He takes viewers inside his experience in the intelligence community, reflecting on the activity he oversaw under the Obama administration, as well offers his insight on intelligence within the Trump administration and how it relates to Russia’s impact on the 2016 presidential election.

One of the finest intelligence minds of the 21st century, James Clapper served as the fourth-ever Director of National Intelligence (DNI), the nation’s top intelligence official, and the principal intelligence advisor to the US President. He provided the President’s daily morning brief and held one of the broadest portfolios in the entire government, overseeing 200,000 intelligence employees internationally, a $52 billion budget, and high-profile organizations like the CIA, NSA, and FBI. Called one of America’s “most experienced and most respected intelligence officials” by President Barack Obama, he brings 50 plus years of military and intelligence experience to discussions regarding the unprecedented breadth of challenges facing the US today—including transnational threats like terrorism, weapons of mass destruction, and cyber-attacks, as well as the domestic threats posed by nation states like Russia, China, North Korea, and Iran.

After you watch the video above, visit Clapper's speaker profile page to learn more about his speaking topics and 50 years of intelligence experience, and to see if he would be a good fit to speak at one of your upcoming events.

If you're interested in checking Clapper’s speaking fees and availability, or if you would like to book him to speak at your next meeting, contact our team today!

To get in touch with our team, you can fill out the form below or call us at 1-800-SPEAKER.

Former Director of National Intelligence James Clapper is one of the finest intelligence minds of the 21st century. In the midst of shifting national security policies and varying threats to American interests at home and abroad, Clapper illuminates a broad array of intelligence-related issues.