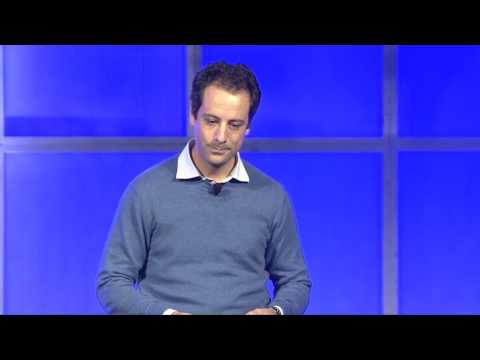 In this video, former COO and President of Buzzfeed, Jon Steinberg, discusses what he thinks will happen to cable TV in the future. He also discusses things that he is seeing in live video and content and some bets that he has had to make.

Known for his sharp business sense and ability to predict consumer and technological trends first, Steinberg joined Buzzfeed as COO and President in 2010 when the company only had 15 employees. Under his stewardship, Buzzfeed grew from $0 to $60 million in annual revenue and to a staff of roughly 500 at the time of his departure. Steinberg was responsible for Buzzfeed’s business management, company operations, finance, and social advertising, and helped the company to become a global social advertising business working with over half of the world’s top 100 brands. Named to AdAge’s 2015 “40 Under 40” list as well as their 2012 “Media Mavens” list, Steinberg also sits on the board of Bustle and is an advisor to TheSkimm and Taboola. Always evolving and unrelenting in his pursuit of the next big thing, Steinberg is a fantastic choice for companies looking to push the boundaries of what is possible when it comes to marketing, content creation, native advertising, partnerships, and corporate culture.

Jon Steinberg is the founder and CEO of Cheddar, a new video media company sitting at the intersection of business news and culture. He was named to Ad Age’s 2015 40 under 40. He was most recently the Chief Executive Officer of DailyMail.com North America. Steinberg grew U.S. revenue 45% while at Daily Mail and doubled direct advertising revenue. He joined DailyMail.com from BuzzFeed where he was President & Chief Operating Officer, responsible for business management, company operations, finance, and social advertising operations. Under his leadership, BuzzFeed became a global and profitable social advertising business working with over half of the top 100 brands. He grew the company from 15 employees to over 500. Steinberg was previously Strategic Partner Development Manager on Google’s SMB (small medium business) partnerships team.
Topics & Types
Innovation Leadership Risk-Takers Social Media & Social Networking Technology Turnaround Corporate Culture Disruption Fintech Generations & Demographics Business Leaders From Major Brands CEOs Media
Check Fees & Availability View Profile