Kathleen Madigan: In Other Words, Canadians 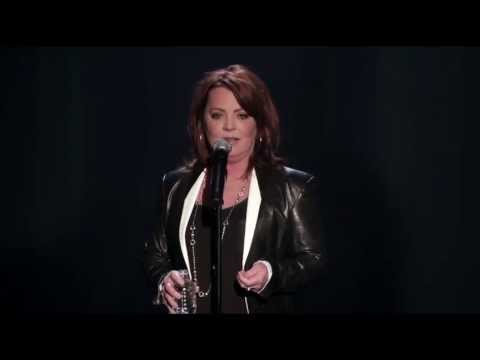 In this clip, we catch a glimpse of American Comedy Award-Winner, Kathleen Madigan's new special, Madigan Again, on Netflix. In this set, Madigan jokes about how young people get angry whenever they raise the price of postage stamps.

In her 22 year career, Kathleen Madigan has never been hotter. With her new Showtime special, Gone Madigan, in constant rotation and the DVD-CD of the special topping the Amazon and iTunes charts, Madigan has the entire year booked with over 100 theater gigs across the country and numerous television appearances.  She's recently back from her second Chairman of the Joint Chiefs of Staff's USO Holiday Tour of Iraq and Afghanistan. This year Madigan shared the stage with Robin Williams, Lewis Black, Lance Armstrong, Kix Brooks, and Admiral Mike Mullen who hosted the tour. After the ten day tour, she returned home to tape appearances on The Tonight Show with Jay Leno, The Late Late Show with Craig Ferguson, The Green Room with Paul Provenza and The Joy Behar Show in New York.