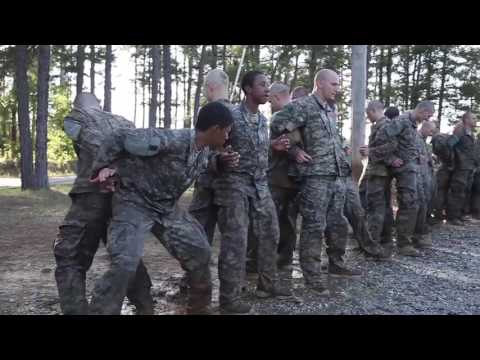 Being an Army Ranger is more than just wearing a tab. Major Lisa Jaster shares wisdom from her personal experiences of going through and passing ranger school. She explains that when she was little she wanted to be dancer. When she got older, she realized that the discipline needed to become a dancer isn't that far off from the discipline she needed to be in the Army.

Army Lieutenant Colonel Lisa Jaster is a soldier, an engineer, a wife and mother, and a trailblazer. One of only three women to graduate from the first integrated United States Army Ranger program—one of the most difficult combat training courses in the world—Lisa was the first female Army Reserve officer to become a Ranger. She completed the training, which 36 percent of male and female students fail within the first four days, after refusing to succumb to exhaustion and repeatedly “recycling” through, or retrying, several phases of the multi-locational course. Lisa endured the training, which takes a minimum of 61 days and includes up to 20 hours of training per day alongside a strict diet, for a grueling six months. She graduated at age 37, while the average trainee age is 23.

Lisa Jaster is one of only three women to graduate from the first integrated United States Army Ranger program, which is one of the most difficult combat training courses in the world, and she was the first female Army Reserve officer to become Ranger qualified. Lisa continues to demonstrate that barriers are meant to be broken and exemplifies how perseverance and hard work are absolutely essential to achieving your goals. Filled with humorous stories and moving anecdotes, her talks leave audiences inspired to push past adversity no matter the cost and better their lives.
Topics & Types
Peak Performance Inspiration & Motivation Leadership Overcoming Adversity Relationship Building Risk-Takers Decision Making Athletes & Commentators Female Speakers Military Leaders
Check Fees & Availability View Profile