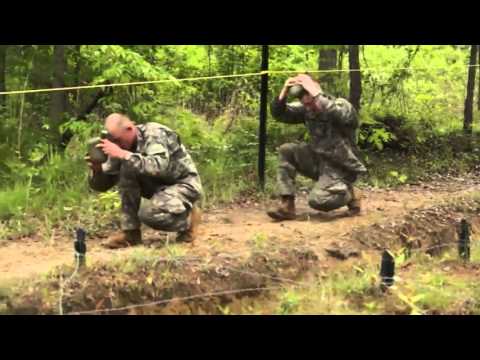 In this clip, Army Reserve Soldier, Lisa Jaster, explains her experience in Ranger school. In order to understand the significance of going through Ranger school, you have to understand what a Ranger is. Rangers take great pride in their early history and have fought in wars as far back from the American Revolution to the Beaches of Omaha.

Prior to receiving her Ranger tab, Lisa worked as an engineer with Shell Oil in Houston and an Army Reserve individual mobilization augmentee with the U.S. Army Corps of Engineers. Lisa initially was commissioned in the Army in 2000 after graduating from the prestigious United States Military Academy at West Point, and returned to the reserves in 2012 after a 5 year hiatus from serving. She volunteered for combat training when she discovered the Army Ranger course was being opened to women for the first time in 60 years as a U.S. government experiment to see how women would fare in the notoriously brutal program. Lisa currently works as the Director of Civil Engineering for M&S Engineering during the week and is the Brigade Executive Officer for the 420th Engineer Brigade in the Army Reserve.

Lisa Jaster is one of only three women to graduate from the first integrated United States Army Ranger program, which is one of the most difficult combat training courses in the world, and she was the first female Army Reserve officer to become Ranger qualified. Lisa continues to demonstrate that barriers are meant to be broken and exemplifies how perseverance and hard work are absolutely essential to achieving your goals. Filled with humorous stories and moving anecdotes, her talks leave audiences inspired to push past adversity no matter the cost and better their lives.