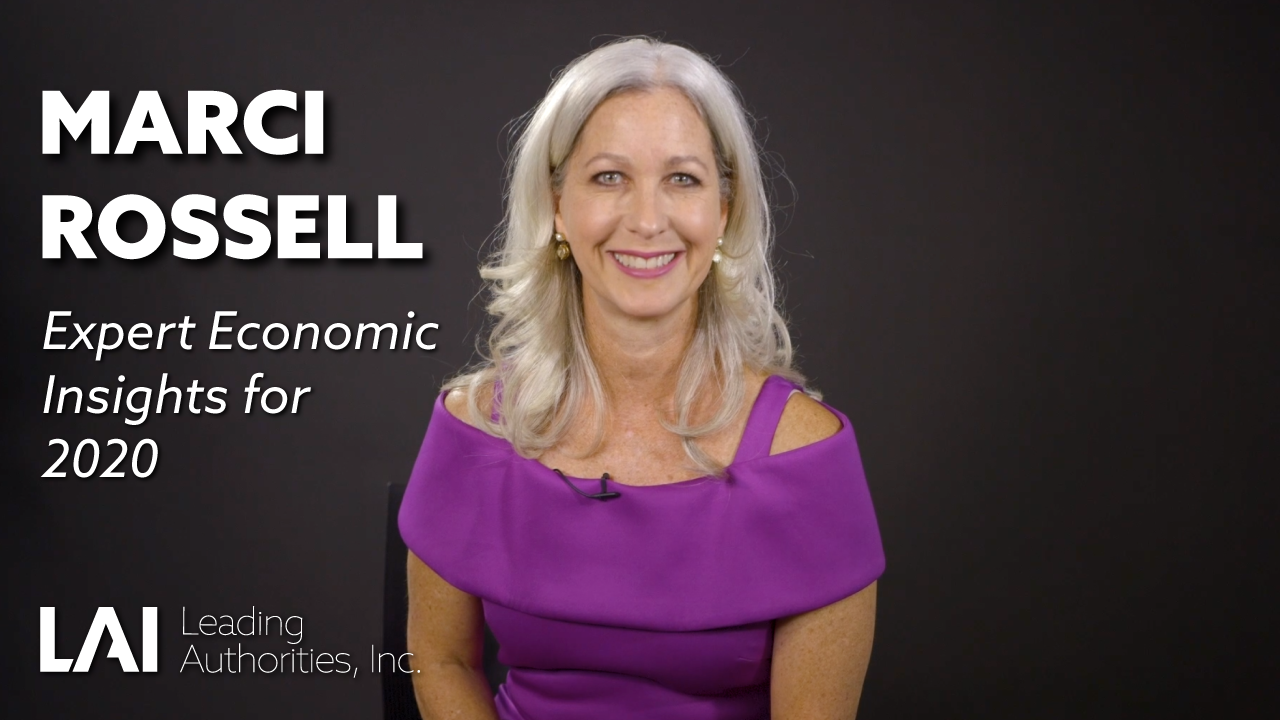 Marci Rossell is a world-renowned economist and financial expert who electrifies audiences nationwide, speaking candidly on the nexus of economics, politics, culture, and the media. In this video, she talks about what the US economy will face in 2020 and how that will affect business and the population.

Rossell honed her animated style serving as the popular, lively Chief Economist for CNBC, where she became a household name and a must-watch source of financial news. The former co-host of the well-known “pre-market” morning news and talk show Squawk Box, Rossell is revered for taking complex economic issues, often dull in the button-down business press, and making them relevant to people's lives, families, and careers. She discusses America’s current and future role in the global economy, factors responsible for recessions, how Washington influences Wall Street and the markets, and the specific forecast for the U.S. economy over the course of the next 18-24 months. She is also well-versed in the stock market, investor behavior, consumer confidence, and what accountable capitalism looks like this year and beyond. With a knack for making complex topics more digestible, Rossell’s authentic, high-energy talks deliver a stimulating and often optimistic economic outlook, providing an insider’s perspective on key factors of economic disruption. Her creative, thought-provoking commentary will ring in the audience members' ears well after she leaves the stage.

Marci Rossell is a world-renowned economist and financial expert known for her ability to take complex economic issues, often dull in the button-down press, and make them relevant to people’s lives, families, and careers. Her animated style was honed when she served as the popular and lively Chief Economist for CNBC and Co-Host of Squawk Box, where she became a household name and a must-watch source of financial news. An expert on investing, globalization, and trade, she uses her media and courtroom experience coupled with her expertise in business and government to address the current state of our economy, including economic recovery, restructuring, and revitalization.