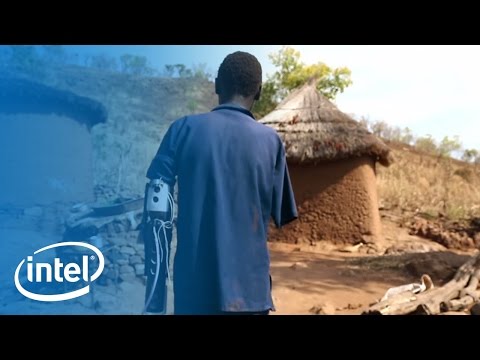 In this video, we view the story of Not Impossible Labs founder, Mick Ebeling. After reading about a boy named Daniel who lost both his arms during the civil war in South Sudan, Mick turned to technology to help. He traveled to Africa armed with 3D printers, Intel 2-in-1s and spools of plastic and, with Intel's help, established the world's first 3D prosthetic printing lab in Daniel's village.

Recently named by Fortune Magazine as one of the Top 50 World’s Greatest Leaders, a recipient of the Muhammad Ali Humanitarian of the Year Award and listed as one of the world’s most influential creative people by The Creativity 50’s, Mick Ebeling has sparked a movement of pragmatic, inspirational innovation. As a career producer and filmmaker and now founder and CEO of Not Impossible, Ebeling harvests the power of technology and story to change the world.

Mick Ebeling is an American film, television and commercial executive producer as well as an author, entrepreneur and philanthropist. He was named as on one of the Top 50 Most Creative People of 2014, won the SXSW Innovation Award twice in a row (2014 and 2015), and was awarded the 2014 Muhammed Ali Humanitarian of the Year Award. He is the CEO of Not Impossible, an organization that develops creative technology solutions to address real-world problems.