Mission in a Bottle - Seth Goldman 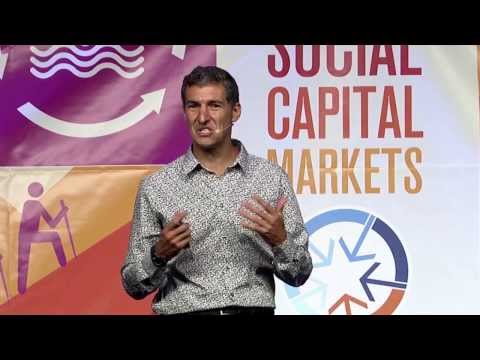 Seth Goldman is President and TeaEO of Honest Tea, the company he co-founded out of his home in 1998 with Barry Nalebuff of the Yale School of Management. Today, Honest Tea is the nation's top selling organic bottled tea, and is carried in more than 100,000 outlets. In March 2011, Honest Tea was acquired by The Coca-Cola Company, helping to further the reach and impact of Honest Tea's mission. The company continues to deepen its relationship with Fair Trade USA, expanding its support of suppliers in India, China, and South Africa. Honest Tea has initiated creative marketing partnerships with TerraCycle, Arbor Day Foundation and IndoSole, and was ranked by The Huffington Post as one of the leading "8 Revolutionary Socially Responsible Companies." Seth serves on the boards of the American Beverage Association, Bethesda Green, Beyond Meat, Happy Baby, and Repair the World, and sits on the Advisory Board of Net Impact. In 2011, Seth was appointed by Governor Martin O'Malley to the Maryland Economic Development Commission. Seth and Barry are writing Mission in a Bottle, to be published by the Crown Business division of Random House on September, 3, 2013. SOCAP13 - Accelerating the Good Economy Fort Mason Center, San Francisco, CA 2013-09-04
Share
https://www.leadingauthorities.com/speakers/video/mission-bottle-seth-goldman

Seth Goldman is the Co-Founder of Honest Tea, Chairman of the Board of Beyond Meat, Founder of Eat the Change, and the NYT best-selling author of Mission in a Bottle. Founded in his kitchen, he transformed Honest Tea into the nation’s top-selling organic bottled tea, which is now one of Inc. magazine’s “fastest growing companies.” With his commitment to mission-driven innovation, Goldman leads a company known for thinking outside the box. He shares the secret ingredient to Honest Tea’s success and gives audiences practical takeaways about driving growth and being profitable while staying true to an organization’s values and mission.
Topics & Types
Innovation Leadership Retail Sustainability & Climate Change ESG & Corporate Social Responsibility Disruption & Digital Transformation Entrepreneurship Growth Business Leaders From Major Brands CEOs
Check Fees & Availability View Profile