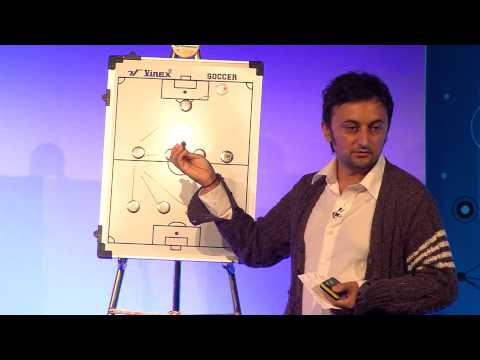 Pablo Rodriguez, research and innovation director at Telefonica, had no interest in football -- until an ex-manager of the Soviet Union national team changed his mind - Full WIRED 2014 talk Subscribe to WIRED ►► "It all started with this man, Valeriy Lobanovskyi, a footballer who studied at the Kiev institute of technology, became a soccer coach, and then the first person to ever bring computers into the world of sports," said Rodriguez, speaking at WIRED 2014. "Before him there were barely any passes and it was about the individual. He started looking at the team as a network, then decided they could play together and work together to score WIRED 2014 was the fourth annual event to bring the values of WIRED to life. Building on experience from groundbreaking previous events, WIRED 2014 gathered pioneering speakers from around the world to stimulate debate, spread ideas and showcase the future in a multidisciplinary way. CONNECT WITH WIRED Web: Twitter: Facebook: Google+: Instagram: Magazine: Newsletter: ABOUT WIRED WIRED brings you the future as it happens - the people, the trends, the big ideas that will change our lives. An award-winning printed monthly and online publication. WIRED is an agenda-setting magazine offering brain food on a wide range of topics, from science, technology and business to pop-culture and politics. Pablo Rodriguez: Footballers are just like computers | WIRED 2014 | WIRED
Share
https://www.leadingauthorities.com/speakers/video/pablo-rodriguez-footballers-are-just-computers-wired-2014-wired 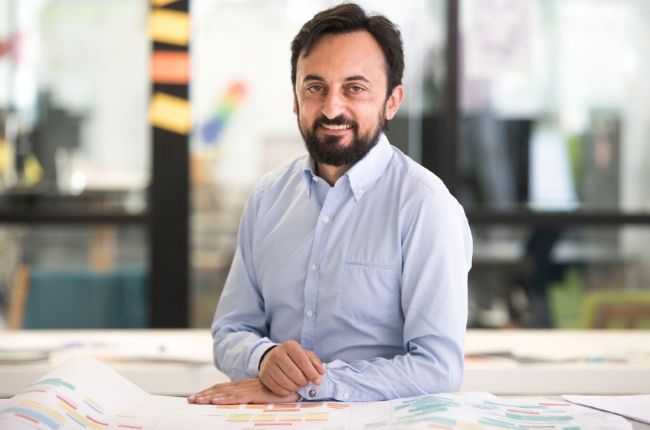 Pablo Rodriguez is a entrepreneur, business executive, and computer scientist. He is recognized as a creative leader and visionary. He founded as CEO, Alpha, (Europe’s equivalent to Google [X]), the skunkworks Moonshot facility established by Telefonica to address some of the biggest problems in society by conceiving and delivering radical solutions using breakthrough technology. Such Moonshots include efforts in the areas of mental health, future of learning, AI economies, or distributed energy.