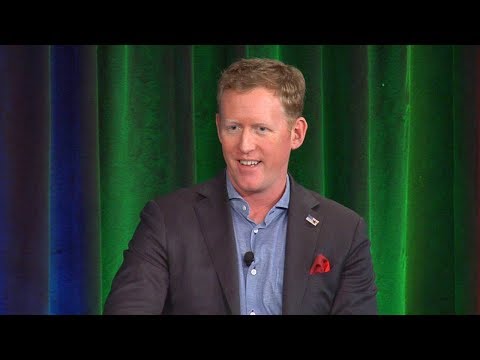 In this video, former SEAL Team Six leader, Rob O'Neill, talks at Google. He discusses his book, The Operator: Firing the Shots that Killed Osama Bin Laden and my Years as a Seal Team Warrior, and how he grew up in Montana and his journey with the SEALs. O'Neill also shares how he joined the Navy by accident - because of a girl.

Rob O’Neill is a former Navy SEAL Team leader with more than a dozen deployments and 400 combat missions in four different theaters of war. Rob has been decorated with two Silver Stars, four Bronze Stars with Valor, a Joint Service Commendation Medal with Valor, three Presidential Unit Citations, and two Navy Commendations with Valor. Rob visited Google to discuss what it takes to be successful in high performance teams using examples from his time as a Navy Seal.

Rob O’Neill is one of the most highly-decorated combat veterans of our time. He was a team leader and operator with the Naval Special Warfare Development Group (SEAL Team Six). He has held combat leadership roles in more than 400 missions, but with most of his career shrouded in a classified cloak, O’Neill served his remarkable career in the shadows. Through incredible stories drawn from lessons learned during some of the country’s most headline-stealing conflicts, he shows audiences how to approach strategic planning when mission failure is not an option.
Topics & Types
Peak Performance Inspiration & Motivation Leadership Risk-Takers Teamwork Decision Making Authors Military Leaders
Check Fees & Availability View Profile