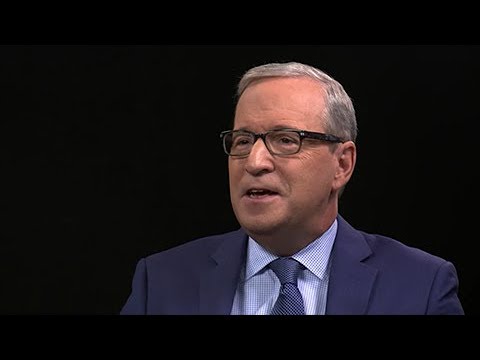 In this video, CNN Senior Political Analyst, Ronald Brownstein, analyzes the increasing partisan divide between Red and Blue America. He explains why these partisan divisions are likely to increase as we head toward elections in 2018 and 2020. Brownstein and Kristol also consider possible outcomes in the midterms, the direction of the Trump presidency, and reflect on the electoral dilemmas both parties face in an atmosphere of intense partisanship.

Twice a finalist for the Pulitzer Prize, Brownstein was cited for “the clarity, consistency, and quality of his political reporting.” He writes weekly columns for both the Atlantic and CNN.com and also appears regularly in National Journal. A prolific and penetrating columnist, Brownstein is, as the Economist said, “one of America’s best political journalists,” and the Washington Post called him “one of the gold-plated names of political journalism who can still shape big-pictures conventional wisdom.” Brownstein's speeches reflect the depth of his knowledge, making him one of the most trustworthy predictors of America’s future.

Part journalist, part historian, and all shrewd political observer, Ronald (Ron) Brownstein explains the complexities of American politics with lucid precision. As a CNN Senior Political Analyst, Senior Editor for the Atlantic, and Contributing Editor for National Journal, he produces sharp analysis on politics, policy, the electorate, media, healthcare, energy, the press' impact on Americans, and the range of issues informed by his strong sense of American political and national history. Brownstein provides an insider’s look into politics and the media and has twice been a finalist for the Pulitzer Prize. He is also the author of seven best-selling books, and his articles on politics, public policy, and culture have appeared in myriad of major publications and on many broadcast news outlets.