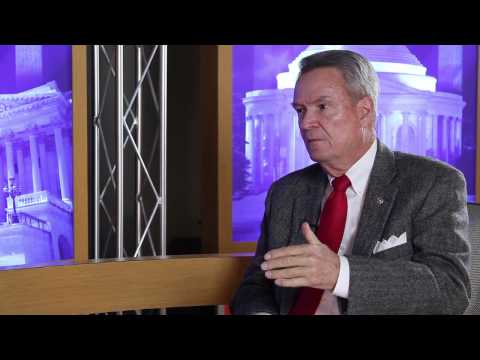 In an interview with Chuck Conconi of Focus Washington, former Senator John Breaux discusses how partisan Congress has become. He believes that Democrats in the house have become more liberal with the defeat of so-called blue dogs and Republicans have become much more conservative with the advent of the so-called tea party.

Senator John Breaux is a vital voice in the American political arena and arguably the most popular Democratic politician in Louisiana. An expert on Social Security, healthcare, and energy, he served as deputy minority whip in the Senate and held several key committee positions. He was also the co-chair of the President Bush’s 2005 Tax Reform Commission, a founder of the Centrist Coalition of Senate Democrats and Republicans, and the chairman of the Democratic Leadership Council. His mainstream approach to government has earned him praise across the nation. The Shreveport Times observed, “Breaux has sought to build bridges between Democrats and Republicans and is widely respected on both sides of the aisle.” Exclusively represented by Leading Authorities, Inc. speakers bureau, he tackles today’s key political issues and analyzes the current political environment in his easy-going, comfortable style, based both on his Southern upbringing and his many years of experience serving the nation.

Former Senator John Breaux (D-LA), the deputy minority whip until his retirement, held key Senate committee positions. He was a senior member of the Finance Committee, chairman of the Subcommittee on Social Security and Family Policy, and Co-Chairman of the President's Tax Reform Commission. He also held positions on the Subcommittees of Health Care and Taxation and IRS Oversight. Breaux addresses politics, health care, energy, bipartisanship, and lessons learned from Hurricane Katrina and the oil spill.