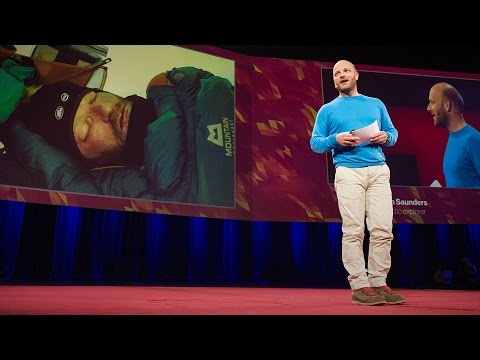 This year, explorer Ben Saunders attempted his most ambitious trek yet. He set out to complete Captain Robert Falcon Scott’s failed 1912 polar expedition — a four-month, 1,800-mile round trip journey from the edge of Antarctica to the South Pole and back. In the first talk given after his adventure, just five weeks after his return, Saunders offers a raw, honest look at this “hubris”-tinged mission that brought him to the most difficult decision of his life. TEDTalks is a daily video podcast of the best talks and performances from the TED Conference, where the world's leading thinkers and doers give the talk of their lives in 18 minutes (or less). Look for talks on Technology, Entertainment and Design -- plus science, business, global issues, the arts and much more. Find closed captions and translated subtitles in many languages at Follow TED news on Twitter: Like TED on Facebook: Subscribe to our channel:
Share
https://www.leadingauthorities.com/speakers/video/south-pole-back-hardest-105-days-my-life

Polar explorer, TED speaker, and record-breaking long-distance skier Ben Saunders fuses the spirit of adventure with impressive technical ingenuity. He has five North Pole expeditions under his belt and is best known for leading one of the most ambitious expeditions in a century. Humble and self-effacing, he is an explorer of limits and his message is one of inspiration, empowerment, and boundless potential. He explores the dichotomy between ideas and action and urges audiences to consider carefully how to spend the “tiny amount of time we each have on this planet.”
Topics & Types
Adventure Peak Performance Innovation Inspiration & Motivation Overcoming Adversity Relationship Building Risk-Takers Teamwork Athletes & Commentators College & University Speakers TED Speakers
Check Fees & Availability View Profile