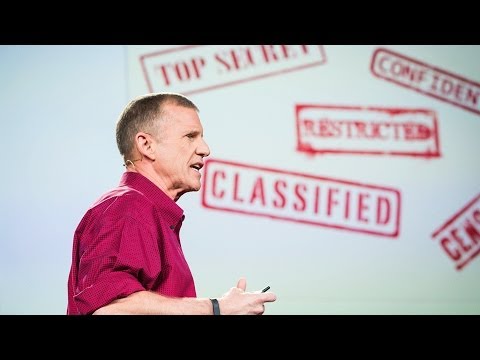 When General Stanley McChrystal started fighting al Qaeda in 2003, information and secrets were the lifeblood of his operations. But as the unconventional battle waged on, he began to think that the culture of keeping important information classified was misguided and actually counterproductive. In a short but powerful talk McChrystal makes the case for actively sharing knowledge. TEDTalks is a daily video podcast of the best talks and performances from the TED Conference, where the world's leading thinkers and doers give the talk of their lives in 18 minutes (or less). Look for talks on Technology, Entertainment and Design -- plus science, business, global issues, the arts and much more. Find closed captions and translated subtitles in many languages at Follow TED news on Twitter: Like TED on Facebook: Subscribe to our channel:
Share
https://www.leadingauthorities.com/speakers/video/stanley-mcchrystal-military-case-sharing-knowledge

Former Commander of US and International Forces in Afghanistan, Best-Selling Author, & Co-Founder of the McChrystal Group