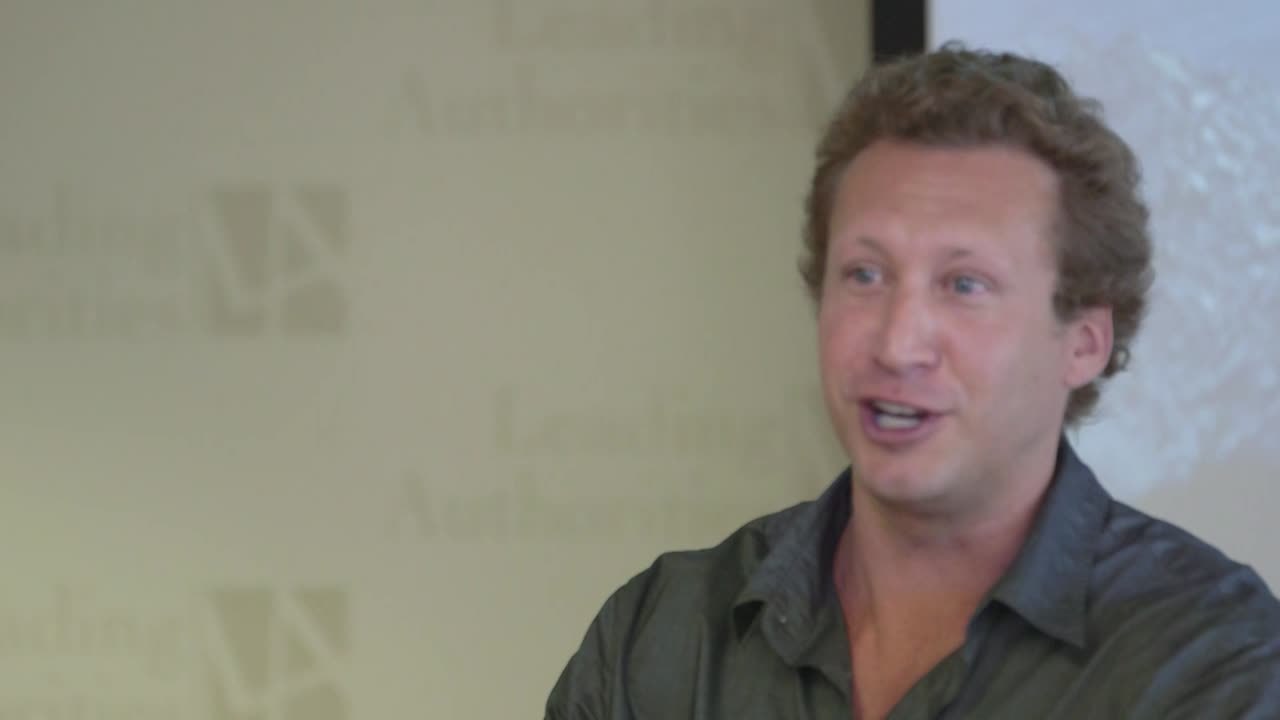 In this video, adventurer and wing-suit pilot, Joby Ogwyn, delivers a hair-raising speech on fully committing to a vision. In one of his most powerful stories, he shares how ignoring his instincts almost led to his death as he ran out of oxygen descending from the top of Mt. Everest.

Joby Ogwyn is world-renowned for his prowess as an adventurer, high-altitude mountain climber, BASE jumper, and wing-suit explorer. Known for his many firsts and unique feats, Joby summited Mount Kilimanjaro when he was just 18. When he first summited Everest in 1999, he was the youngest American to ever do so. A famed top-speed climber, in 2004 Ogwyn beat the ascent record of the Tibetan peak Cho Oyu, reaching the 27,000 foot summit in just eight hours. Four years later, he climbed Mt. Everest in nine and a half hours (it takes most people six days to complete the trip), setting the world record for the fastest ascent. For most climbers, reaching the summit of Everest is the ultimate dream, but for Ogwyn it was only the beginning. Joby has produced and starred in television shows and documentaries with National Geographic and Discovery, and has appeared in commercials for brands including Mastercard and Oakley. He has appeared many times on The Tonight Show with Jimmy Fallon, the Today Show, Morning Joe and more to discuss his incredible adventures.

Joby Ogwyn is a world-renowned adventurer, high-altitude mountain climber, BASE jumper, and wing-suit explorer. He holds several world records and was the youngest American to first summit Mount Everest and then the “Seven Summits.” He shares jaw-dropping stories, videos, and photos of his adventures while igniting a passion to live and perform at the highest levels. His speeches are an inspiring and often hair-raising look inside his many feats, and he helps audiences embrace the principles that made them successful, including having a clear vision and committing fully to it.