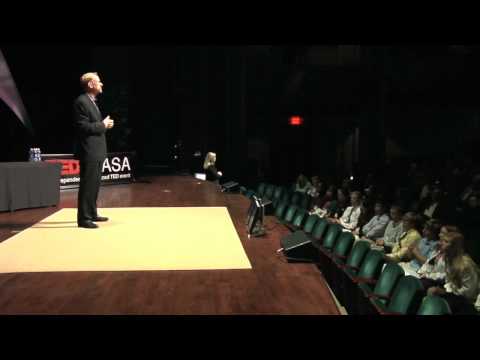 In this video, trends forecaster, Daniel Burrus, is convinced -- technological, social and business forces are converging to create enormous untapped opportunities. In 1983, Daniel Burrus was the first and only futurist to accurately identify the 20 technologies that would become the driving forces of business and economic change. He has continued to hold a worldwide reputation for his exceptional record for predicting the future of technological change and its impact on the business world. He has authored six books, including the international best seller Technotrends, and his newest book, Flash Foresight: How To See the Invisible and Do the Impossible. The New York Times has called Burrus one of America's top three business "gurus."

Daniel Burrus is considered one of the World’s Leading Futurists on Global Trends and Innovation. The New York Times has referred to him as one of the top three business gurus in the highest demand as a speaker. He has delivered over 2,800 keynote speeches worldwide, and is a strategic advisor to executives from Fortune 500 companies, helping them to develop game-changing strategies based on his proven methodologies for capitalizing on technology innovations and their future impact. His client list includes companies such as Microsoft, GE, American Express, Google, Deloitte, Procter & Gamble, Honda, and IBM. Burrus is also a featured writer with millions of monthly readers on the topics of innovation, change and the future for CNBC, Huffington Post, and Wired Magazine to name a few.

Daniel Burrus is considered one of the world’s leading technology forecasters and strategists. He is also the founder and CEO of Burrus Research, a research and consulting firm that monitors global advancements in technology driven trends to help clients better understand how technological, social and business forces are converging to create enormous, untapped opportunities.He offers a powerful, practical guidance for turning rapid technology-driven change into a competitive advantage.