Vivek Wadhwa: Why India shouldn’t be succeeding but is 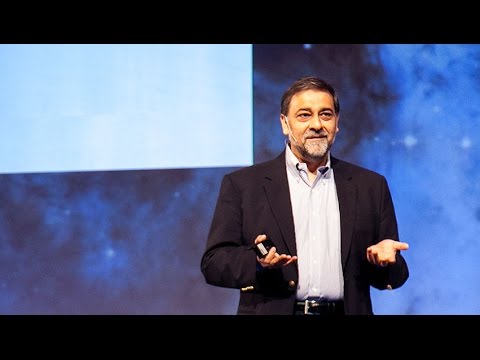 Silicon Valley insider, Vivek Wadhwa, tells us how India's entrepreneurs will change the world. As we enter the most innovative period in history, Wadhwa sees an impending Internet boom and millions of Internet businesses coming up in India, and predicts that within a decade China’s manufacturing industry and India’s call centre industry will be toast.

Vivek Wadhwa is a Fellow at Arthur & Toni Rembe Rock Center for Corporate Governance, Stanford University; Director of Research at the Center for Entrepreneurship and Research Commercialization at the Pratt School of Engineering, Duke University; and Distinguished Fellow at Singularity University. He is author of The Immigrant Exodus: Why America Is Losing the Global Race to Capture Entrepreneurial Talent—which was named by The Economist as a Book of the Year of 2012, and Innovating Women: The Changing Face of Technology—which documents the struggles and triumphs of women. He was named by Foreign Policy Magazine as Top 100 Global Thinker in 2012. In 2013, TIME Magazine listed him as one of The 40 Most Influential Minds in Tech.

Wadhwa oversees research at Singularity University, which educates a select group of leaders about the exponentially advancing technologies that are soon going to change our world. These advances—in fields such as robotics, A.I., computing, synthetic biology, 3D printing, medicine, and nanomaterials—are making it possible for small teams to do what was once possible only for governments and large corporations to do: solve the grand challenges in education, water, food, shelter, health, and security. In his roles at Stanford and Duke, Wadhwa lectures in class on subjects such as entrepreneurship and public policy, helps prepare students for the real world, and leads groundbreaking research projects. He is an advisor to several governments; mentors entrepreneurs; and is a regular columnist for The Washington Post, Wall Street Journal Accelerators, LinkedIn Influencers blog, Forbes, and the American Society of Engineering Education’s Prism magazine. Prior to joining academia in 2005, Wadhwa founded two software companies.

Named one of the "40 Most Influential Minds in Tech" by TIME magazine, Vivek Wadhwa is a Distinguished Fellow at Carnegie Mellon University Silicon Valley. Based in Silicon Valley, he researches exponentially advancing technologies that are soon going to change our world. Wadhwa has held appointments at Duke University, Stanford Law School, Harvard Law School, and Emory University and is a faculty member at Singularity University. He is a globally syndicated columnist for The Washington Post and the author of four books on the intersection of technology and society.
Topics & Types
Innovation Robotics & Drones Technology AI, Machine Learning, & Big Data Disruption Entrepreneurship Fintech Future Trends Diverse Voices
Check Fees & Availability View Profile