For over two decades, William Coen has been intimately involved in increasing the safety and soundness of the global financial system. Most recently he was the former Secretary General of the Basel Committee on Banking Supervision (BCBS) – responsible for setting banking standards worldwide – where he directed and managed the international group.

When Coen joined the BCBS as Deputy Secretary General in 2007, few could predict the global implications of the upcoming U.S. financial crisis. As a result, his role primarily focused on the response to the global crisis and making much-needed changes to the banking sector. Coen navigated the introduction of the Basel III policy initiatives – aimed to strengthen the regulation, supervision, and risk management of banks – and has since overseen the completion of the guidelines. He also chaired the BCBS’s Policy Development Group – aiming to improve the resilience of banks and banking systems by formulating policy responses. Integral in the expansion of the BCBS into a truly global organization, Coen participated in growing the Committee from 13 countries in 2009 to now 27 countries around the world.

Exclusively represented by Leading Authorities speakers bureau, Coen draws on his experience making the financial system safer and more sound, including working through the financial crisis and its aftermath, to bring to light the opportunities and potential pitfalls businesses will soon face in the global economy. Using lessons-learned from his time at the global standard setter, he expertly advises audiences on the impact policy has on the world’s economy and provides a roadmap for financial growth and success. Able to discuss regulation both philosophically and practically, Coen provides and provokes a dynamic discussion on the role regulation can and should play in business.

Prior to joining the Basel Committee’s Secretariat, Coen worked for the Board of Governors of the Federal Reserve System in Washington, DC. During his tenure, he honed his expertise by focusing in areas related to banking policy, supervision, and licensing. Coen continues to participate in strengthening the world’s financial stability as a board member for the Toronto Centre – promoting stronger, more effective financial regulation and supervision around the globe. 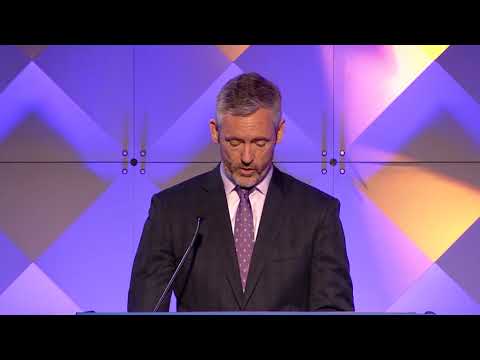 Banking 2020: Trends and Outlook. As we enter into a new decade, Bill Coen draws on his over 30-year experience working in global banking standards and financial services to take a look at the current state of banking as well as share an outlook of where the industry is headed. In this talk, he outlines the challenging environment that banks are in today, filled with regulatory risk, rapidly advancing technologies, and increased competition, and provides his expert advisement on the best strategies to implement for a successful financial future.

Global Economic Outlook. With the continuing discussion of an upcoming recession, there is no better resource to advise on the world’s current financial status than Bill Coen. As an integral part of the banking regulations that took place in the 2007-2008 global financial crisis, he expertly brings to light the opportunities and potential pitfalls businesses will soon face in the global economy, providing a behind-the-scenes look into the global regulatory environment. As technical or high-level as needed, Coen forecasts the global economic changes on the horizon and reveals strategy solutions for financial stability – so organizations can prepare, manage the risks, and foster growth.

The Role of Regulation in Business. Having directed the Basel Committee’s regulatory response to the 2008 financial crisis and its aftermath, Bill Coen is in a unique position to speak to the impact policy and regulation have on the global economy. Using lessons-learned from his time at the global standard setter, he shares his outlook of how regulatory policy will unfold in the coming years and what this means for economic interests. Able to discuss regulation both philosophically and practically, Coen provides and provokes a dynamic discussion on the role regulation can and should play in business.