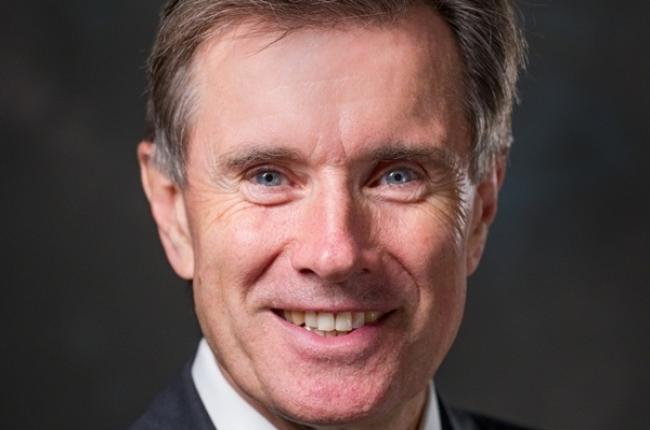 •Diplomat who has worked for the British government for 36 years •First MI6 chief appointed from outside the service since Sir John Rennie in 1968 •Powerful presentation on cyber security, geopolitics and global affairs

Sir John Sawers is the former chief of the British Secret Intelligence Service (SIS, also known as MI6). “Tall, dashing, an astute judge of character, and an excellent dancer…[he] could indeed be a character out of Ian Fleming,” according to BBC News. During his tenure, he modernised the Service and led it through major changes in operations, technology, and public accountability.

In presentations, Sawers is able to draw from his personal experience in managing the most challenging foreign and security policy issues of the last 20 years, including the rise of China, the evolution of Russia, the threat of terrorism and cyber attack, the changes in the Middle East, and the nuclear negotiations in Iran. The BBC said, “In complex negotiations, he mastered the art of delivering sound bites which sum up the issues.” His is a powerful look at the unpredictable global landscape, the forces and key players shaping the world, cyber security, and how organizations can make it work for them. He also remains closely involved in current affairs through his advisory work with leaders of corporations, financial institutions, and governments.

A Legacy of Transparency. With a total of 36 years working for the British government, Sawers is a diplomat with close ties to Downing Street and the foreign policy establishment. He was the first outsider to be appointed to SIS in decades, and he was the first head to give a public speech, lifting the veil of secrecy surrounding the notorious agency. He will likely be remembered for bringing unprecedented openness to the role as he regularly appeared in media to describe the agency’s work.

But a Career in the Shadows. Sawers began his career with MI6 in 1977, serving in Yemen and Syria. He then left MI6, joined the Foreign Office, and rose rapidly. He served in South Africa, the EU, and Washington DC until 1998. Geopolitically, that period was dominated by war in Bosnia, crises in the Middle East, and the debate in Britain on the European Union.

Sawers then served as the foreign affairs adviser to Tony Blair, covering a period that included the Kosovo war. He also contributed to negotiations on Northern Ireland and the implementation of the Good Friday agreement. He served as the ambassador to Cairo from 2001–2003 and was a special envoy in Baghdad for three months after the invasion of Iraq. He served as the Foreign Office political director for four years at the height of the Iraq conflict from 2003–2007. He then became the UK’s permanent representative to the UN in New York in August 2007, where he played a central role in the key resolutions on Iran, North Korea, and the Middle East. He served there until being tapped to become the new chief of MI6 in 2009. He was the first MI6 chief appointed from outside the service since Sir John Rennie in 1968.

Work Post MI6. Sawers was appointed Knight Grand Cross of the Order of St. Michael and St. George (GCMG) in the 2015 New Year Honours for services to national security. After retiring as chief of SIS, he became partner and chairman of Macro Advisory Partners, a geopolitical advisory firm that provides strategic advice and insights to investors and governments. He also became a visiting professor in the department of war studies at King’s College London.

Geopolitics and the State of the World. Sir John Sawers’ presentation is a powerful look at the unpredictable global landscape and how it is affecting the world today. Believing that the ongoing battle for “shared values and order” will most affect the outcomes of our global challenges, he offers insights on the forces and key players shaping today’s geopolitics, the limits of security, and gives practical advice for how organizations can make it work for them. He draws from his personal experience in managing the most challenging foreign and security policy issues of the last 20 years, including the rise of China, the evolution of Russia, the threat of terrorism and cyber attack, the changes in the Middle East, and the nuclear negotiations in Iran.

Cyber Security. Sir John Sawers understands our nation’s need to adapt to our ever-changing informational landscape and the dangers, risks, and potential rewards of our digital security environment. He looks at the current cyber threats, the policy of cyber security, the likelihood of a wide scale attack, and what organizations can do to protect themselves. As “cyber attacks are not much impressed by international borders,” he also discusses a need for an international approach to cyber security and shares insights on privacy versus security concerns and how audiences should be managing that balance in their own businesses.

Global Investments in a Chaotic World. Sir John Sawers offers audiences a debrief on the state of the world and shares insights on the ramifications of today’s hot spots on our global financial marketplace.