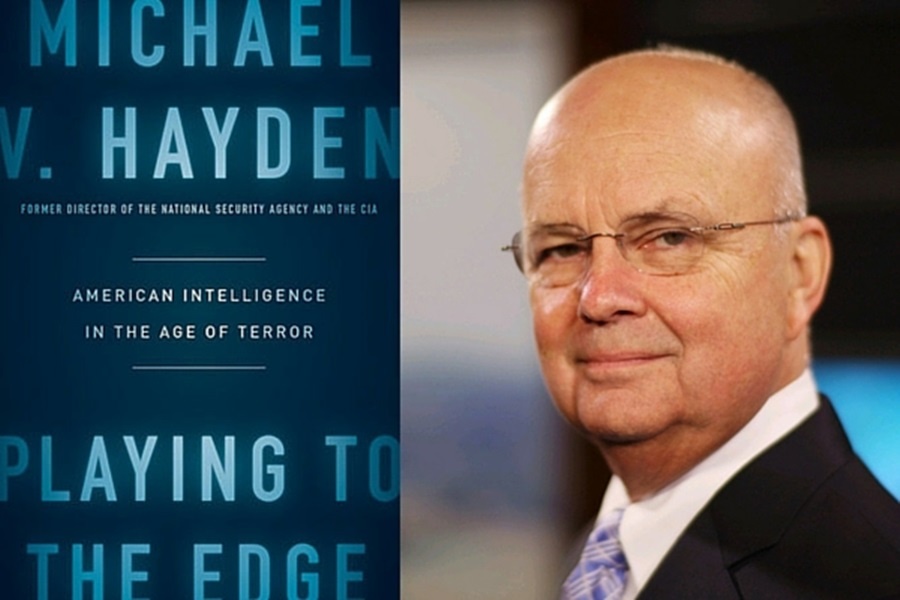 Have you seen retired Four-Star General Michael Hayden on TV recently? The former director of the CIA and NSA has been on CBS, CNN, HBO and more talking about his new book, Playing to the Edge: American Intelligence in the Age of Terror, released this month.

His new book offers a behind-the-scenes look into the NSA before and after 9/11 and the dramatic American intelligence response in the age of Facebook and iPhones. He’s also been in the news recently as a security expert talking about the ongoing feud between the federal government and Apple. General Hayden, who as director of the NSA installed and still defends the controversial surveillance program to collect telephone metadata on millions of Americans, says he opposes proposals to force Apple and other tech companies to install "back doors" in digital devices to help law enforcement.

In an emerging court battle over access to information on the iPhone owned by one of the San Bernardino attackers, Hayden says "the burden of proof is on Apple" to show that limited cooperation with investigators would open the door to broader privacy invasions. Apple is being asked not to decrypt information on the smartphone but rather to override the operating system so investigators could try an endless series of passwords to unlock it.

General Hayden is a fantastic keynote speaker that clients consistently rave about—a major association said that during his speech at their event “you could have heard a pin drop.”

Do you think he’s someone you may be interested in hiring as a keynote speaker for an upcoming event or meeting? If so, please contact our team today!