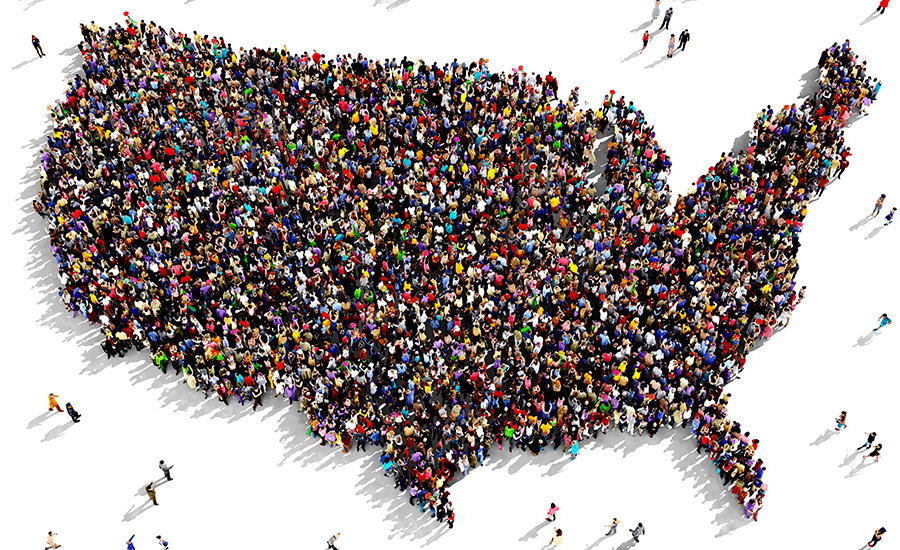 This is a guest blog post authored by Reid Wilson, National Correspondent for The Hill.

For decades, Minnesota’s Iron Range has been a Democratic stronghold, full of labor voters who showed up on Election Day to support liberal populists like Hubert Humphrey, Walter Mondale and Paul Wellstone.

Across the country, Orange County has been a bastion of Western libertarian conservatism, the home of wealthy and well-educated voters who favored every Republican presidential nominee since Wendell Willkie.

Today, both of those regions are changing, the twin epicenters of the two seismic events rattling American politics.

The Iron Range is shifting to the right, as Republicans cement their connection to working class white voters. Rep. Rick Nolan (D), who represents the Iron Range in Congress, is retiring this year, and he may well be replaced by a Republican. Orange County is shifting left, as Democrats make inroads among better-educated voters and build their advantage among minorities. Hillary Clinton became the first Democrat since Roosevelt in 1936 to carry Orange County. Those shifts — in demographics and economics — help explain how Presidents Obama and Trump won their respective elections, the future of the two major party coalitions, and the path American politics will take in the next several decades.

A generation ago, the white working class split its votes between the two parties with regularity. In 1992, Bill Clinton did only slightly worse among those without a college degree, 44 percent, than he did with college-educated voters, 48 percent. But a combination of factors — led by the declining power of labor unions, a recession that lasted far longer in rural America than it did in urban centers, and economic anxiety triggered by the nation’s rapidly changing demography — has turned working class whites into solidly Republican voters.

Today, just 11 percent of workers are members of a labor union, down from a peak of about one in three workers in the years after World War II. The decline has been most precipitous in the Midwest, where the recession killed manufacturing jobs and Republican policies limited unions’ political power.

The recession, recognized in 2008, actually began in rural counties closer to the turn of the century, and in many of those communities unemployment remains substantially higher than it does for the rest of the country. Those economic stresses have led to the conservative populist revolt against immigrants, even in communities where immigrants are not present.

In 2016, white voters without a college degree backed President Trump over Hillary Clinton by a 37-point margin. Surveys now show a white working class voter in formerly Democratic states like Michigan, Wisconsin and Minnesota are now as conservative, and as likely to affiliate with the Republican Party, as a white working class voter in the Deep South.

In the other half of America, the economy is booming, fueled by innovation and technology-driven industries that see diversity and immigration as a strength. The 25 largest counties in America account for about half of the country’s gross domestic product. They are far more racially diverse than the rest of the country, and far better educated. And those booming metros are more likely to be growing. Of the 100 largest counties in the country, 94 gained population since 2010; in the 1,500 counties where the population is less than 25,000, two-thirds lost population during that time.

In the 2016 election, Hillary Clinton won 1.3 million more votes in America’s 25 largest counties than Obama did in 2012, while Trump fell 400,000 votes short of Mitt Romney’s total four years earlier. Clinton won a whopping 74% of non-white voters, only slightly lower than the historic highs Obama achieved in 2008 and 2012. And Democrats hold 18 of the 20 congressional districts with the highest levels of education.

Taken together, the trends paint a stark picture of American politics today: America is becoming more diverse, and more dependent on its big cities to deliver economic results. Democrats are pulling more and more votes out of these growing pools. But white voters, especially those in rural and exurban communities, feel left behind, and left out of the recovery that benefits big cities. Republicans are pulling more and more voters out of those shrinking pools.

The economic recession’s long hangover has left us with a nation divided against itself. One half is booming, striving for a future that appears more diverse and more technology-oriented. The other is struggling, increasingly convinced—and with good reason—that policymakers have few solutions for their afflictions, and eager to return to an era when the American economy was dominated by manufacturing and agriculture.

How do we bridge those divides? How do Democrats convince rural America they can bring the economic successes of big cities to smaller communities, and reverse an economic downturn that persists across the country? How do Republicans convince minority voters they are a viable option, or educated voters that they are open to trade and multilateralism in an era of Trump’s America First policies?

Whichever side breaks down those barriers first will build a successful electoral coalition in the long run. But if the status quo holds, the uneasy tension between Obama’s America and Trump’s America will continue our course toward stalemate.

Reid Wilson is the National Correspondent for The Hill newspaper, Washington’s most widely-read political publication. He is an expert in spotting political trends as they develop and forecasting election results long before the ballots are counted. Known for staying ahead of the news through his access to top news makers, Wilson is a trusted staple of the political scene. Wilson covered politics for The Washington Post, and he’s the former editor-in-chief of National Journal’s The Hotline. His work has appeared in outlets like The New York Times, RealClearPolitics, Atlantic Monthly, New Republic, and other major news networks, and his expertise is frequently also sought-after by MSNBC, CNN, C-SPAN, and radio shows across the nation. He is also the Amazon best-selling author of the book, Epidemic: Ebola and the Global Scramble to Prevent the Next Killer Outbreak.

To learn more about Reid Wilson, visit his speaker page, call us at 1-800-Speaker, or chat with a sales representative now.