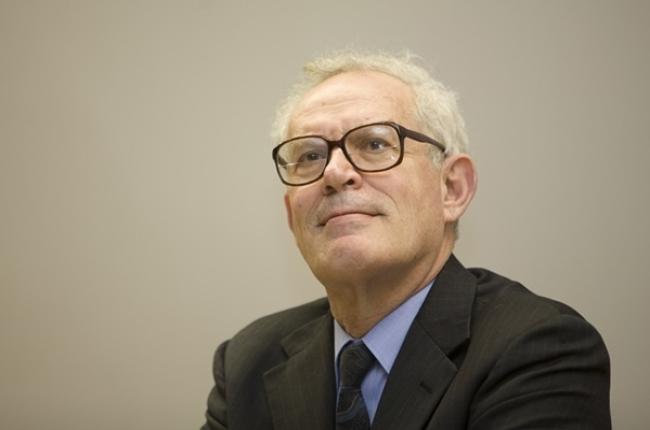 LOCATION/TRAVELS FROM: London, England
* This specific fee falls within this range. Ranges are presented as a guideline only. Speaker fees are subject to change without notice. For an exact quote, please contact your Leading Authorities representative.

Research and Publications. Goodhart's initial research was on monetary history, writing two books, the first, The New York Money Market, 1900-1913 and a second companion piece on UK banking in the same period, The Business of Banking, 1891-1914, (an LSE monograph).

His second topic of research and analysis has been financial regulation. He has written, co-authored and edited several books in this field, including:  Financial Regulation: Why, how and where now? (Routledge, 1998); Which Lender of Last Resort for Europe? (Central Banking Publications, 2000); Regulating Financial Services and Markets in the 21st Century (Hart Publishing, 2001); Financial Crises, Contagion, and the Lender of Last Resort (Oxford University Press, 2002). His two most recent books on financial regulation are The Regulatory Response to the Financial Crisis, 2009, and The Basel Committee on Banking Supervision: A History of the Early Years, 1974-1997, 2011. Goodhart also organized the writing of the Geneva Report on the fundamental principles of financial regulation.

Goodhart was one of the first to have undertaken a serious empirical study of the relationship between macro-economic developments and political popularity. He is the author of Goodhart's Law, "that any observed statistical regularity will tend to collapse once pressure is placed upon it for control purposes".

The Regulatory Response to the Financial Crisis

Regulating Financial Services and Markets in the 21st Century

Financial Crises, Contagion, and the Lender of Last Resort: A Reader

Financial Regulation: Why, How and Where Now?