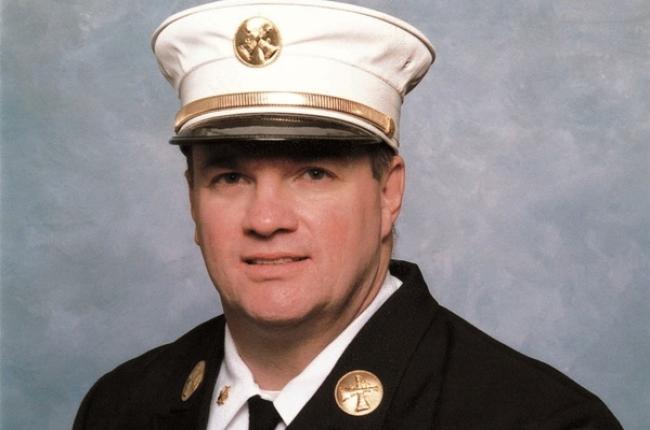 Only 20 people who were still inside the Twin Towers when they collapsed made it out alive, including Chief John A. (Jay) Jonas, now a Deputy Chief in the New York City Fire Department. On September 11, 2001, Jay Jonas was the Captain of Ladder Co. 6 and was one of the first responding units to the World Trade Center.  Jonas and his unit were rescuing a woman from the north tower of the World Trade Center when it collapsed on them.  They survived the collapse and their entrapment, and lived to tell the extraordinary tale of heartbreak and bravey. Chief Jonas was selected as the official representative from New York City Fire Department, in attendance at President Bush's address to the nation at The U.S. Capitol Building following September 11.

During his 35-year career with the FDNY, Chief Jonas has worked in the South Bronx, Harlem, the Lower East Side of Manhattan, and Chinatown.Chief Jonas has been published several times in professional publications, and was the author of procedures for the New York City Fire Department to rescue trapped firefighters. Jonas appeared on NBC Dateline and The Miracle of Ladder Co. 6., and was featured in an ABC television documentary based on Dennis Smith's book Report from Ground Zero. He has also appeared in the documentaries "Miracles in our Midst", produced by Grizzly Adams Productions and shown on various Christian Networks, and "The Miracle of Stariway B" on the History Channel.  Jonas is the recipient of the Bishop's Cross, given by the Bishop of the New York Diocese of the Episcopal Church. Jonas received a "Men of the Year Award" from The Men's World Day Organization in Vienna, Austria, presented by Mikhail Gorbachev and Paul McCartney.

“Chief Jonas did great – he’s such a wonderful man.  Not only did he deliver a great message, but he stayed and spent time with the team afterward. It was a really good session.”