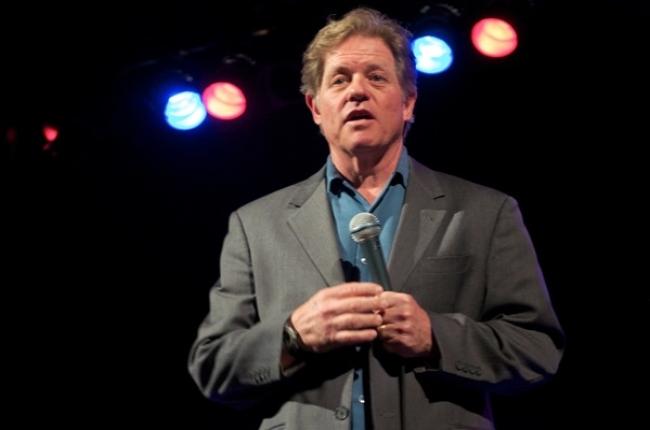 In 2010, Jimmy Tingle was chosen to give the Commencement address in front of thousands of people at Harvard. He’d just received his master’s degree in public administration from The Kennedy School of Government. Being that he was in the midst of many great academic minds, Tingle felt he should explain himself.

“I’m a comedian by profession and have traveled all over the world performing stand-up comedy,” he said. “I don't want to brag, but two years ago I performed in Europe. I’d just like to say “excellent country!”” He punctuated it with an enthusiastic thumbs-up gesture.

As the students, families, and faculty erupted with laughter, Tingle went on to explain, “People asked me all year why would a comedian want to go to graduate school at Harvard. I told them: ‘the same reason all of you wanted to go to Harvard… We got in!’”

Yes, there was that. But also, as a political humorist, he wanted to dive deeper into those murky waters of politics.

The Cambridge, Mass.-born Tingle has a career spanning three decades; as a comedian, writer, actor, activist, and entrepreneur. He rose up from the Boston comedy boom of the ‘80s, the scene that spawned Denis Leary, Bobcat Goldthwait, and Paula Poundstone.

He did two seasons of 60 Minutes II on CBS in the Andy Rooney spot. Tingle was less curmudgeonly journalist and more exasperated, wry comic. “Some cities are using money from parking tickets to fund the schools,” Tingle told 60 Minutes II viewers. “Why is the quality of a child’s education being influenced by their parent’s inability to park? “Dad, the school needs a computer!” “Don’t worry, son, I’ll leave the car in front of the hydrant.”

Tingle also worked as a contributor and satirist for MSNBC and has appeared on The Tonight Show, CNN, Larry King's Weekend, Late Night with Conan O'Brien, The American Comedy Awards, as well as, his own HBO half-hour comedy special. He has also been a guest on NPR’s Fresh Air with Terry Gross and appeared regularly on Heat with John Hockenberry.

Tingle grew up working class. That perspective – coupled with his Catholic background, particularly the social justice side of the faith - continues to be a major influence in Tingle’s life, politics and worldview. Tingle’s father owned and drove taxicabs in his hometown. “As kids,” Tingle says, “the cab was our family car and we went everywhere in it. One time, my father took us hunting in the cab. We looked pretty funny pulling up to the forest in a big yellow cab. Bears were looking out of the forest completely dumfounded: “Somebody call a cab?”

Tingle has produced several comedic and theatrical productions including Jimmy Tingle’s Uncommon Sense at the storied Hasty Pudding Theater at Harvard, which became the longest running one- person show in that theater’s history.

He also wrote, produced, and starred in his first documentary film Jimmy Tingle’s American Dream which aired on over 60 PBS affiliates. Other film credits include; small roles in Larry David’s Clear History, Chris Rock’s Head of State, Next Stop, Wonderland, and Boondock Saints. He played himself in the International Emmy Award-winning documentary on arts censorship Dammed in the USA.

Theatrical credits include writing, starring, and producing four one-person shows, all of which were directed by Larry Arrick: Jimmy Tingle's Uncommon Sense, The Promised Land, Jimmy Tingle’s American Dream, and Jimmy Tingle for President: The Funniest Campaign in History.

Tingle has the rare distinction of winning Boston magazine’s “Best of Boston” awards in two different categories. He won as a performer in the “stand-up comedy” category, and then the venue he founded in 2002, Jimmy Tingle’s OFF BROADWAY, was named “best alternative theater.” Tingle was artistic director-producer at the Somerville, Massachusetts theater through 2007.

He is the founder of a new social enterprise and solo show entitled "Humor for Humanity" which aspires to raise spirits, funds and awareness for nonprofits, charities and social causes.

Jimmy is currently a 2018 candidate for Lieutenant Governor of Massachusetts

Jimmy Tingle lives in Cambridge, Massachusetts with his wife Catherine and son Seamus who is a graduate of Boston College High School class of 2015. 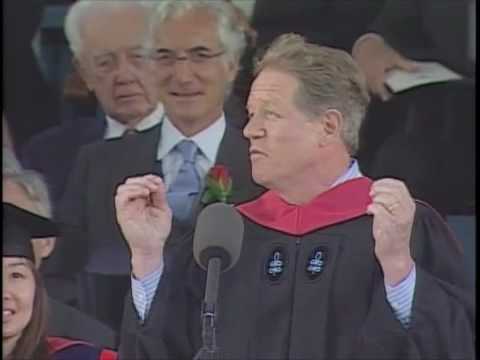 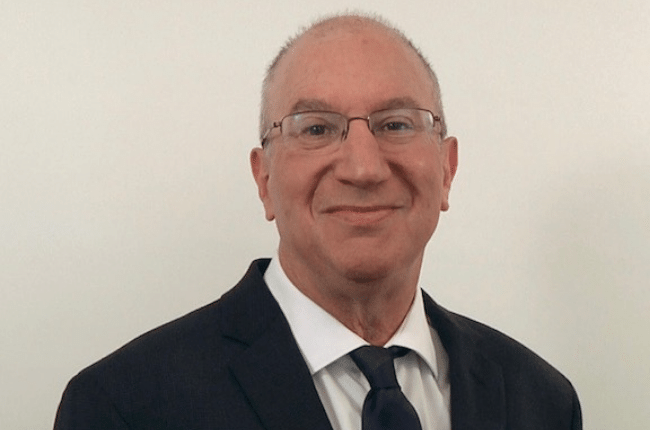