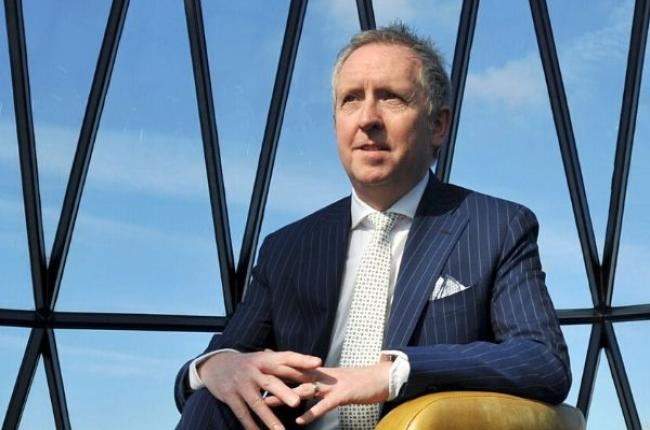 Martin McCourt has spent over 40 years working at the heart of British-based manufacturing, design and marketing for quality brands such as Dyson, Mars, Duracell, Toshiba and Pelikan.

Martin was the CEO of Dyson for 15 years, the ideas to market-leading consumer products maker. As CEO, he devised and implemented a strategy that transformed the company from a single product, single market producer into one where 80% of the business came from over 60 markets around the world.  In that time he increased UK skilled jobs, grew profits to over £300m and enabled James Dyson to keep on inventing.  In 2011 Dyson hit £1 bn revenue for the first time.  Martin was directly responsible for the establishment of Dyson subsidiaries in the USA, Japan, Switzerland, Austria and Germany. In total he took Dyson into over 60 markets, achieving market leadership in the majority including the USA.

In 2010 Martin was named UK Business Leader of the Year.

Weber: In January 2019 Martin joined the Board of Weber as a Non Executive Director and strategic adviser. Based in Chicago, Weber is the most recognized name in the world for barbecue grills and has the most comprehensive range of products and services in the industry.

Lightfoot: Since November 2018 Martin has been Chairman of Lightfoot which was launched in 2013 and is described as the ‘Fitbit for cars’, cutting fuel emmisions and saving money for drivers every time they drive.

Headbox: From  2014 he has been a Non-Executive Director and investor for Headbox, a web based platform which enables the sharing of inspiring places for people to have meetings.

PAST CHAIR AND NON-EXECUTIVE POSITIONS

Your Life: Martin was on the Board of Your Life.  A recently completed, three-year, campaign to ensure young adults in the UK have the maths and science skills needed to succeed in the current competitive global economy. 2015-2017

Glen Dimplex: He was formerly Chairman of Glen Dimplex, a leading international group that is the world’s largest manufacturer of electrical heating as well as holding significant global market positions in domestic appliances, cooling, ventilation and renewable energy solutions. 2016-2019 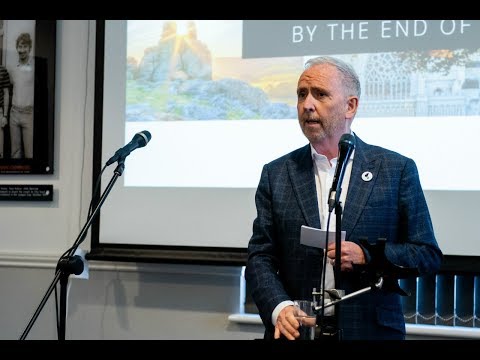 Martin McCourt on Lightfoot and Emissions

Martin McCourt on Lightfoot and Emissions

Ideas. This is where it all starts and some businesses are great at establishing a strong flow of ideas and others struggle to do so.  If the start point is that there is really no such thing as a bad idea and if the environment is conducive to idea stimulation then it will happen. In a product or technology environment, the idea generators need stimulation from within and externally. They ought to be challenged to depict their ideas using simple methods initially, basic modelling so that practical and interactive development becomes a habit. Ideas should be celebrated regardless of whether they are progressed. Wrong thinking should be encouraged. Identifying problems with current technology or solutions in the area where ideas are being generated is more important than asking potential users for feedback on what they would like to see improved or what they think they need.

Failing to have an effective approach to generating ideas is the equivalent of opening the door for your competitors to walk in and take what they fancy!

Growth challenges. it is great to track vertical growth and to watch the dollars rolling in but success is rarely easy. It is exhilarating and exhausting in equal measure. Phenomenal success requires excellent planning and bang on execution, falling short will not get you there. Strain on resources, physical and mental pressure on the team, financial challenges as expansion eats up capital, costly mistakes......it is like an advancing army fighting repeated battles as it acquires ground from its enemies. Collateral damage is unavoidable and becomes a significant management challenge in its own right. Keeping everyone focused on the big goal, being constantly clear about what you are doing and why, preserving belief at all levels within the organisation. This requires a relentless commitment to communication, making sure that everyone hears the same message and cancelling out dissenting voices.

Competitor attention. The easy road is the one that leads nowhere. Competitors will leave you alone if you are not having impact and if you don't disappear as a direct result of your own failed endeavours then they will eventually snuff you out, somehow. But if you are making gains, they will sit up and take note of you. Even if the gains you make are not at their expense they will want to impede your progress and replicate it for themselves. These are the bumps in the road that successful businesses must become accomplished at dealing with. How can apparent adverse actions from competitors be turned to our advantage? This is a constant way of thinking and can keep marketing and sales teams in a positive thinking groove, inducing them to have fun while they concoct creative approaches to leveraging the clumsy footwork of their competitors. It is as much evidence of Innovation in an organisation as the creation of a new product or service idea.

Tough Calls. Doing the right thing is not always easy although an organisation that is prepared to square up and make the difficult calls ought to prosper in the end, if the action is the right one for the organisation even if it carries a high level of associated pain. If big decisions are good for the future of the business but bring poor PR then the challenge is for the management team to decide how best to weather the storm rather than to set an alternative course.

Who are we? Deciding the answer to this question and expressing it by explaining what is different about you, what do you value, what do you wish to be known for.......this is key to preserving that identity. Live the differences that you define you have, in everything. Internal and external communication, everything. Constantly remind everyone around you 'who you are' without appearing to do so. Make it your identity, your business passport.

Confront failure. When things don't work out, react swiftly and effectively. Accept the setback and do not waste precious resources trying to revive a lost cause. It is a signal of strength to customers, employees and competitors when you do this.