Mick Dawson delivers presentations that are unique, awe inspiring and inspirational in equal measure. Tailoring stories of his incredible ocean rowing adventures specifically to have relevance in today’s business work place. Mick emphasises the key issues to success not least; resilience and the fundamental ethos of great teamwork, and its essential value to any organisation or company.

He explains how to create a culture which will allow that ‘Teamwork Ethos’ to flourish and how to lead those teams effectively.   Mick is a former Royal Marine Commando, a speaker, author, professional sailor and film maker. He is also one of the most experienced Ocean Rowers in the world.

He’s spent over 500 days at sea in ocean rowing boats to date and crossed both the Atlantic and Pacific Oceans twice. In 2009 he skippered the first and still the only rowing boat to cross from Choshi in Japan, rowing almost 7,000 miles, to The Golden Gate Bridge in San Francisco. A voyage of over six and a half months, which as well as being one of the ‘last great firsts’ also set a remarkable Guinness world record.

In 2018 he returned to the Pacific and rowed with another former Royal Marine; Steve Sparkes, from Monterey Bay California to Hawaii, taking part in; ‘The Great Pacific Race.’ After an epic voyage of nearly three months, the pair stepped ashore in Honolulu creating another world first and Guinness Record; as Steve Sparkes (‘Sparky’) is blind. The first blind person to row the Pacific Ocean.

In addition to his speaking and writing commitments (Mick’s currently hard at work on his second book due for publication in 2019), Mick spends his time taking part in or project managing expeditions designed to help recovering veterans. He does this under the banner of; ‘The Cockleshell endeavour.’ An organisation he set up specifically to help members of the service community struggling with mental health or physical disability issues.

Designed for leaders and executives looking to develop individual and team performance.

In 2011 Discovery Channel produced a documentary covering Micks epic row from Japan to the Golden Gate Bridge, with his friend and rowing partner Chris Martin, in a documentary titled; Rowing The Pacific.

In 2017 Mick’s first book charting the story of his North Pacific and Atlantic rowing adventures went on the shelves: Published by Hachette, in the U.S. titled: Battling the Oceans on A Rowboat (published 22nd August 2017). In the U.K. titled: Rowing the Pacific (21st of September 2017). 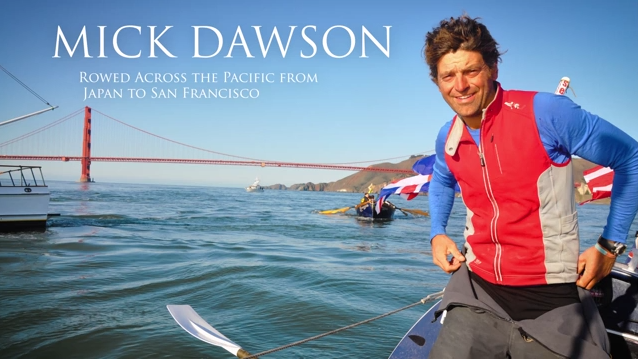 One of the Last Great Firsts, Featuring Mick Dawson

One of the Last Great Firsts, Featuring Mick Dawson

VIRTUAL OFFERING: Coping With Isolation. One of the world’s experts on coping with isolation, Mick Dawson has spent over five hundred and twenty days at sea either alone or with only one other person for company. On one expedition in particular, he spent 109 days alone in a hostile environment 93 of those days with no outside contact whatsoever as his communications failed. As companies deal with the forthcoming periods of isolation due to social distancing and remote work, Mick shares his lessons-learned on how to manage isolation, and the specific coping mechanisms he developed to deal with such an abnormal existence.

189 days: The first successful crossing of the North Pacific. During a presentation covering all of the dramatic setbacks, highs, lows, and challenges of rowing across the fearsome North Pacific Ocean, Mick takes audiences on the amazing 7,000-mile journey from Japan to the iconic Golden Gate Bridge. With stunning visuals and valuable lessons on teamwork and peak performance, his presentation inspires audiences to push past boundaries. All great achievements start with the first step, and Mick challenges listeners to stop viewing their ambitions as “dreams” and instead as “goals,” working towards those goals one day at a time. A captivating speaker who is both hilarious and humble, Mick keeps audiences on the edge of their seats and leaves them motivated to reach new heights.

Mick tailors his presentations to each of his individual clients to meet precisely their specific requirements. However, some of the key points he illustrates against the back drop of his incredible voyages are:

Mick is an experienced and accomplished speaker who has delivered his unique presentations to a wide variety of audiences across the globe. From the stage of the Queen Mary 2 to Microsoft, Micks dramatic, humorous and honest delivery has gripped audiences everywhere. He also has completed his first TED Talk: ‘Fear, is a misunderstood friend.’

Battling the Ocean in a Rowboat: Two Men Cross 7,000 Miles of the North Pacific 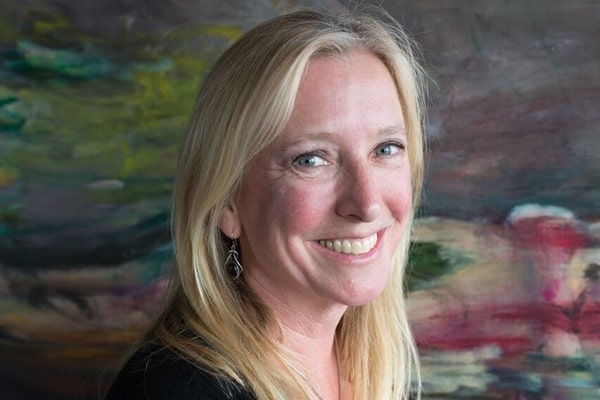