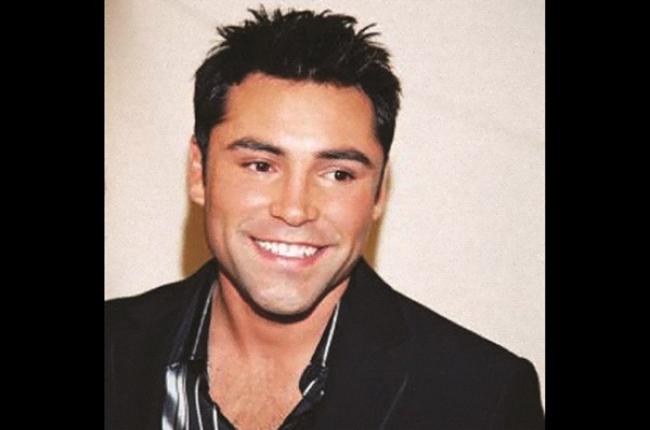 In the 1992 Olympic games in Barcelona, a competitor known by few outside of the boxing community transcended the sport and became a "Golden Boy."  Since his march through the Olympics that culminated with the coveted Gold Medal hanging proudly around his neck, Oscar de la Hoya has become one of the most recognizable, respectable, and talented figures in the boxing universe.

Born a duel citizen of both Mexico and the United States in 1973 in East Los Angeles, Oscar de la Hoya was already on the path to boxing glory.  His father Joel and grandfather Vicente had both been fighters before him, and they served as the model for what he wanted to become.  But his inspiration came from his mother Cecilia who, at the age of 38, passed away of breast cancer while he was training to achieve his dream of reaching the Olympic games.  Everything that followed in his career has been and will always be dedicated to her memory.

Prior to his emergence at the 1992 Games, Oscar de la Hoya became a National Golden Glove Champion in 1989.  In 1990, he won his weight division at the Goodwill Games, and by 1992, he had already been a 2-time U.S. National Champion.  After winning gold in Barcelona, where he danced in mid-ring donning both the American and Mexican national flags, Oscar began his storied professional career.  He was a 9-time World Champion, and the only fighter to ever earn that prize in 6 different weight classes.

His abilities and charisma created a celebrity for Oscar that few boxers have ever seen.  Oscar de la Hoya holds the record for highest grossing bout outside of the heavyweight division, and has been dubbed one of the "Top 25 Most Influential Minorities in Sports."  GQ has named him the Man of the Year ? Sports, Forbes magazine has put him on their "Power List," and People Magazine declared him one of the "50 Most Beautiful People in the World."

Oscar has applied the same drive for success in his athletic career to his business career.  As the owner of Golden Boy Promotions, Oscar de la Hoya runs one of the top three national boxing promotion firms in the United States and among the top five worldwide.  Oscar de la Hoya is a partner in the Spanish language newspaper group El Diario/La Prensa (New York), La Opinion (Los Angeles) and La Raza (Chicago).  He boasts bi-coastal commercial real estate holdings and Principle in Golden Boy Partners, a leading real estate development company with a focus on the U.S. Hispanic market.