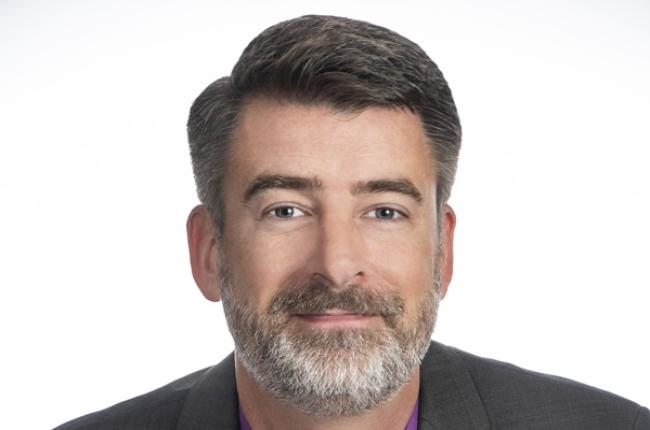 Peter Zeihan is a geopolitical strategist, which is a fancy way of saying he helps people understand how the world works. Peter combines an expert understanding of demography, economics, energy, politics, technology, and security to help clients best prepare for an uncertain future.

Over the course of his career, Peter has worked for the US State Department in Australia, the DC think tank community, and helped develop the analytical models for Stratfor, one of the world’s premier private intelligence companies. Peter founded his own firm — Zeihan on Geopolitics — in 2012 in order to provide a select group of clients with direct, custom analytical products. Today those clients represent a vast array of sectors including energy majors, financial institutions, business associations, agricultural interests, universities and the U.S. military.

With a keen eye toward what will drive tomorrow’s headlines, his irreverent approach transforms topics that are normally dense and heavy into accessible, relevant takeaways for audiences of all types.

Peter is a critically-acclaimed author whose first two books — The Accidental Superpower and The Absent Superpower — have been recommended by Mitt Romney, Fareed Zakaria and Ian Bremmer. His forthcoming third title, Disunited Nations: The Scramble for Power in an Ungoverned World will be available late-2019.

No Assembly Required: The Future of Global Manufacturing The world of manufacturing is an endlessly specialized venture, with most manufacturers sourcing components from scores of facilities across a dozen or more countries. But what if the ability to sail components from site to site became compromised? What if capital availability proves insufficient to update industrial bases as technology evolves? What if intermediate and end markets become less desirable – or less accessible? All that and more is about to happen, which signals the end of manufacturing as we know it. The successful manufacturers of the future will be those who can command access to raw materials, capital, labor and markets – all in the same location.

Amber Waves of (American) Grain: The Future of Global Agriculture Modern agricultural patterns are the result of three largely unrelated factors: low-risk global trade, insatiable Asian demand, and unlimited cheap credit. Within the next five years, all three of these trends will not just evaporate, but invert. When that happens, the only thing that will hurt more than the gradual loss of demand will be the sudden collapse of supply. However, none of this impacts the American producer – it therefore will be the United States that will reap the benefits of its productivity and stability for decades to come.

Seven(teen) Years of Lean: The Future of Global Finance In the decades since World War II, everything from computerization to securitization to the rise of the developing world has made the financial sector central to modern economic activity. But never forget that modern finance itself is an outgrowth of revenues generated by the global free trade order. Never forget that the past two decades have witnessed the richest and cheapest supplies of capital in history. A political decision made seven decades ago created the trade order. A fleeting demographic moment created the capital richness. Both have nearly run their course. Very soon we will bid finance as we know it goodbye, and the world will be much poorer for it. A few locations, however, will find the wreckage easier to struggle through than others. For those lucky few, the world will be their oyster.

Supersize Me: The Future of Global Energy: The global energy sector is as complicated and opaque as it is omnipresent and essential, and it has adapted to not simply the changes in the global economic system, but the global political system. Countries that were weak to nonexistent in ages past now are major players in global energy markets, both as producers and consumers. The system that has allowed this evolution now is under fire, and soon the stability that has enabled the energy sector to create its global webwork will end. What will follow will be a world both more chaotic and poorer, one in which the process of finding, producing, transporting and refining energy will simply be beyond the military and financial capacity of most players. Only the largest, smartest and richest entities will be able to maintain – much less expand – their networks. Far from its final days, the era of the supermajor has not yet begun.

Powers of Yesterday, Powers of Tomorrow: Americans believe that their greatest days are behind them and that a series of new powers is rising up to displace them. On the contrary, America’s best days — militarily, economically, financially and culturally — are still ahead of them. In fact, many of the states that the Americans feel are up-and-comers — most notably China, Russia and India — are merely experiencing a historical moment in the sun courtesy of factors utterly beyond their control. Most of the powers of tomorrow are countries that the Americans either have very little knowledge of. The major powers of 2030 will not based in Beijing or Moscow, but in Jakarta, Buenos Aires, Warsaw, Istanbul and Mexico City.

Life After Free Trade: Bretton Woods is the cornerstone of the modern system. The concept of countries being able to buy and sell their wares openly on the international marketplace is inviolable. The freedom to sail one’s products around the world is a given. Everything from the transfer of money to the accessibility of energy is sacrosanct. All this and more is artificial. All this and more is about to end. What replaces it will either be wondrous or damning. Your outcome depends upon where you live.

The Obama Doctrine: No president since Harry Truman has ruled at a time of greater change in the international system. The very foundation of Europe is cracking apart, the Global War on Terror is winding down, and shale energy is opening up new economic and strategic opportunities. Taken together the post-Cold War era is in its final months. Zeihan plays events forward and sketches out how the Obama administration will choose to — and be forced to — apply American power in the months and years to come.

The New Middle East: For decades the Middle East has been trapped in a simple, irresistible tension: the world needs the region’s oil, so the global superpower keeps the region locked in place. Within a very few short years that lock will be removed, and the region’s politics will unravel explosively. What comes next will challenge every country in the region — many to the breaking point.

The American Age: Americans think of themselves as set apart from the rest of the world, and to a certain degree they are correct. But it is not that Americans are ‘better’ or ‘more free’ that makes them different, instead that they enjoy supreme geographic positioning and favorable demography — something that is not currently enjoyed by any other major power. Played as little as twenty years forward, this will result in an American-dominated international system with all of the economic and strategic benefits that such implies. But it is a very different world from the one we now know.

What Every Financial Professional Should Know About Geopolitics: Geopolitics is the study of how place impacts people — whether that impact be cultural, military, economic, political…or financial. Everything from how banks lend to how stocks are traded is heavily colored by where one lives, and understanding the unspoken — and often unacknowledged — rules of the game can prove critical to financial success. Zeihan explains how geography impacts the various regions differently, how this elevates some sectors while enervating others, and what sort of surprises — both good and bad — are about to burst onto the stage.

Life After Europe: The entire European experiment occurred within the Cold War framework that was both artificial and imposed from outside. That framework is dissolving and anything that used it as a foundation — up to and including the euro — is now dissolving with it. Zeihan will lay out why Europe’s strengths — not its debts — have made the euro’s fall inevitable, as well as what life after the common currency will look like not just in Europe, but around the world. The picture is not as dark as you might think.

The North American Drug War: By nearly any definition Mexico should be a failed state, yet because of its location adjacent to the global superpower it instead will be one of the world’s most successful countries. Within the story of Mexico lies the greatest opportunities — and gravest threats — of our time.

The New Face of Terrorism: The constellations of factors that allowed groups like al Qaeda to function are coming undone, ushering in an age in which transcontinental terrorism will cease to be an issue of significance. But that does not mean that the world will be terror-free. Hardly. It “simply” means that that the terrorism of tomorrow can be mapped.

The China Wars: The growth of the Chinese economy has been exceptional. But as much as we all “know” that China is the country of the future, in reality the Chinese system is already breaking apart. Chinese “success” is based upon a financial structure that is cracking, a demographic moment that has nearly ended, and an international environment over which it has no influence. What follows will not end Chinese participation in the global system, but it will certainly end Beijing’s.

The New Face of Immigration: Give me your tired, your poor, your huddled masses yearning to breathe free… This has been the mantra that Americans have championed — and sometimes resisted — since the foundation of the Republic. The idea that America is where the poor can gain a new start. In the near future this sentiment will prove only half true. The next wave of migration will be the cream of the global labor pool.

Southeast Asia Rises: The world of the future will feature reduced trade opportunities, more difficult access to energy and more challenging security concerns. But in one corner of the world exists a series of relationships that will stand the test of time. Southeast Asia will emerge as an echo of the free trade of times past, making it one of the very few parts of the world to survive more or less as we know it now, perhaps even with some surprises to the upside.

The Alberta Question: As the global system evolves no country is better positioned than Canada. Very soon Canada’s choices will be about how to take advantage of opportunities, rather than how to avoid complications. But in this very silver lining is a very dark cloud. The same evolutions that will allow Canada unprecedented opportunities for wealth and respect also hold the possibility of damaging the Canadian state. This time the dangers do not originate from the United States, but from within Canada itself. And they could very well prove mortal.

BRIC-a-Brac: The emergence of Brazil, Russia, India and China offered the possibility of remaking the global system. Well, it was fun while it lasted. Each BRIC country now faces their own custom-made nightmare, with only one of them likely even having a future as a country.