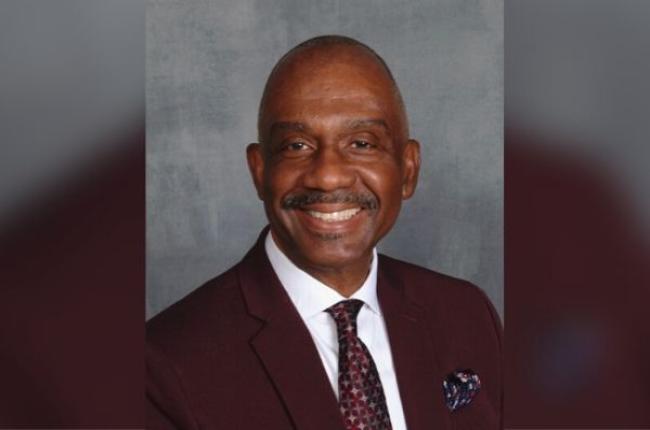 For over 30 years, Reggie Selma was one of CNN’s most dedicated and knowledgeable photojournalist based in their Washington, D. C. bureau. He has traveled across the globe ﬁlming every U.S. president from Reagan to Obama. Reggie has also covered some of the world’s most iconic ﬁgures of our time. Leaders such as Nelson Mandela, Mother Teresa, Pope Paul II, and The Dalai Lama giving him a front row to history.

After a long and successful career behind the lens, Reggie has now stepped in front of the camera as an inspiring, and entertaining speaker. Reggie’s unique behind the scene perspective gives you a rare glimpse that few are able to witness. Reggie Selma grew up in the “ Jim Crow” south of Birmingham, Alabama. His childhood was that of white and colored restrooms, church bombings, and ﬁre hoses.

But, a strong and loving family that taught him that you can overcome any obstacle, even legalized discrimination, with faith, an education, and a belief in yourself. With that guidance, in 1982, Reggie became a media  pioneer, becoming CNN’s ﬁrst African- American cameraman assigned to the White House. Reggie has lead a “ Life Less Ordinary”  than most.

And his presentation will be a perfect match to help you create an engaging, and entertaining program that your group, or organization would love to attend, and one they will surely talk about afterwards. Leadership. As a former CNN photojournalist assigned to the White House, Reggie has traveled the world ﬁlming every U.S. president from Reagan to Obama. Reggie Selma has also ﬁlmed such iconic leaders as Nelson Mandela, Mother Teresa, and Pope John Paul II. With that rare front row seat to history, Reggie has witnessed leadership, and the wisdom it takes to govern a country, and inspire the world.

Perseverance. While growing up during the segregated Jim Crow south of Birmingham, Alabama, Reggie experienced ﬁrst hand the injustice of sanctioned discrimination. But, with a loving, and supportive family, who taught him to believe in yourself you can overcome any obstacle. With that guidance, in 1982, Reggie went on to become CNN’s ﬁrst African- American cameraman assigned to the White House.

Inspiration. Reggie Selma has moved audiences all over the world. From Tokyo, to London, Amsterdam, Ireland, and the United States, with his stories of his childhood, the media, and family.

Reggie Selma’s stories are entertaining, moving, and touching. I truly enjoy Reggie’s presentation, and I’m sure you will too!

We had the great pleasure of having Reggie keynote at Inspirefest 2019. A consummate professional, not only did he give a wonderful, smart, funny and engaging talk, but his presence at the conference elevated the entire event. His generosity of time, and willingness to impart wisdom and advice to the community was something very special