Basketball Legend for the Utah Jazz 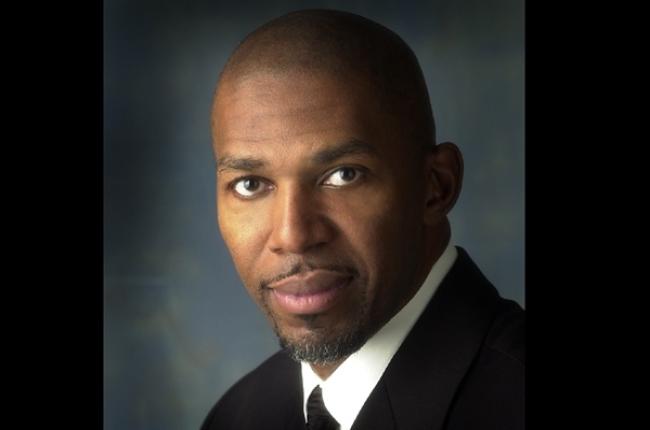 From the youth to the corporate world, Thurl Bailey inspires others to win whatever the odds or disappointments. Master storyteller and accomplished speaker, he inspires companies and individuals to focus on what matters most; to persevere, build winning teams, encourage peak performance, develop leadership, and discover opportunity in change.

Twice Thurl has led teams from far behind to win national championships. Because of his outstanding leadership skills and the quality of his character, as well as his impressive basketball skills, he was drafted by the Utah Jazz as the 1983 7th overall pick of the N. B.A. Draft. Thurl spent twelve of his sixteen-year professional basketball career in the N. B. A., and four years playing overseas in Italy and Greece. His courtesy and integrity both on and off the court and his strong sense of community service have led to numerous civic awards and earned him the nickname "N.B.A.'s Mr. Nice Guy".

When you meet Thurl Bailey you first notice a tall (6' 11") athlete. But he is a man of as much depth as height. Thurl is a gifted inspirational singer and songwriter. His first album, Faith In Your Heart, released in 2000 was a best seller. His second album, The Gift of Christmas, released the following year, also experienced successful record sales. His newly released CD is entitled, I'm Not The Same, is a selection of uplifting R & B tunes. Among his many musical awards are the 2000 Pearl Awards of Best Contemporary Recording and Best New Artist of the Year.

One of Thurl's favorite activities is the non-profit youth basketball camp he has led for over 17 years. His camps teach important life skills and have now been expanded to the corporate world to help businesses build winning teams and effective leaders.

Thurl leads a busy life as a professional speaker, singer/songwriter, businessman, community advocate and game annalist for the Utah Jazz and the University of Utah Men's Basketball. He and his wife Sindi live in Salt Lake City, Utah with their three children.