Chairman of the Board, Ayn Rand Institute, Host of The Yaron Brook Show Podcast and Co-Author of Free Market Revolution & Equal is Unfair 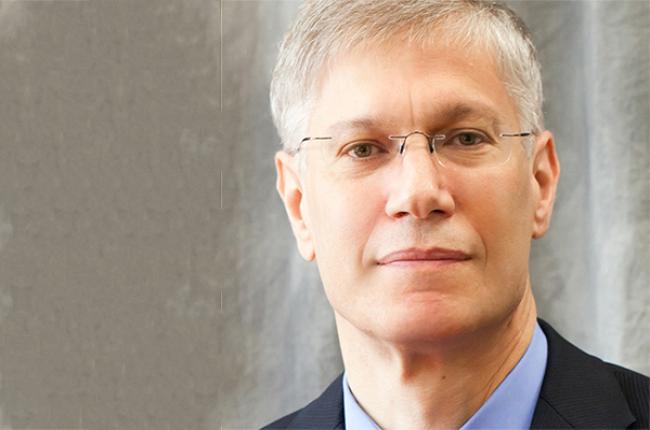 Yaron Brook, host of the Yaron Brook Show, is a renowned and entertaining lecturer on Capitalism, Political and Economic Freedom, Free Speech, and the philosophy and history of Ayn Rand.

Brook has served as a keynote speaker, debater, panelist and lecturer for Congressional Staffers, Governor Business Forums, YPOs, The Mont Pelerin Society, as well as a long list of prestigious universities, colleges, and high schools in the U.S. and around the world.

Born and raised in Israel, Dr. Brook served as a First Sergeant in the Israeli military intelligence and earned a BSc in civil engineering from Technion-Israel Institute of Technology in Haifa. In 1987, he moved with his wife to the United States where he received his MBA and PhD in finance from the University of Texas at Austin. He went on to become an award-winning finance professor at Santa Clara University, and in 1998 he co-founded BH Equity Research, a private equity and hedge fund of which he is the Founder and Director.

In addition to podcasting and speaking globally, Dr. Brook authors works that inspire critical thinking. His most recent book, In Pursuit of Wealth: The Moral Case for Finance, makes the case that few industries are more vital to our prosperity – and more maligned – than the financial industry. Brook and co-author Don Watkins explain why finance has faced so much criticism, and why, despite the conventional image of financiers as “greedy” and reckless, finance is a moral industry.

Above and beyond his best-selling books, Free Market Revolution and Equal Is Unfair, Dr. Brook is a contributing author to “Neoconservatism: An Obituary for an Idea,” “Winning the Unwinnable War: America’s Self-Crippled Response to Islamic Totalitarianism,” and “Big Tent: The Story of the Conservative Revolution — As Told by the Thinkers and Doers Who Made It Happen.” He has contributed to Forbes.com, and has been featured in the Wall Street Journal, New York Times, USA Today, Investor’s Business Daily and many other publications.

The perspective, experience, and worldview that Dr. Brook offers is unique and highly sought offer.

Equal is Unfair. Is the American Dream failing? Are the rich getting richer as everyone else’s expense, leaving the rest of us to struggle just to keep our heads above water? Inequality is a hotbed of interpretations. This talk by Dr. Brook will show how if one values opportunity and progress, the only solution is to liberate the individual pursuit of success.

Capitalism Without Guilt. Capitalism has an undisputed record of wealth generation, yet it has always functioned under a cloud of moral suspicion and guilt. In this speech, alternately titled “Capitalism Without Guilt: The Moral Case for Freedom,” Yaron Brook exposes the ill-placed guilt surrounding success and counters with why capitalism is not only vital but healthy and necessary to self-interest.

A culture that venerates Mother Teresa as a paragon of virtue, condemns businessmen to sit in stoic silence while their pursuit of profits is denounced as selfish greed. Society tells businessmen to sacrifice, to serve others, to "give back” counting on their acceptance of self-interest as a moral crime, with chronic guilt its penance.

Is it any wonder that productive giants from John D. Rockefeller to Bill Gates have behaved as if profit-making leaves a moral stain that only tireless philanthropy can launder but never fully remove?

It is time the world heard the moral case for laissez-faire capitalism.

Free Speech and Western Civilization. Above all else, the West’s fight for liberty was historically a fight for the free mind against religious and political tyranny.

If knowledge and happiness are the goal, the individual must be free to think and speak without threat of violence, imprisonment or death. This idea is at the root of the West’s unprecedented prosperity. And without this right, ARI could not advocate the new ideas and the new philosophy that can revive the West’s greatness.

But today the right to free speech is precarious. This right is under vehement attack by our enemies and is being increasingly dismissed by the West itself.

Yaron Brook explores the reasons why the right to free speech is being attacked and why it is imperative that we properly defend freedom of speech.

The Moral Case for Finance / In Pursuit of Wealth.  Few industries are more vital to our prosperity-- and more maligned--than the financial industry. This speech explains why finance has faced so much criticism, and why, despite the conventional image of financiers as "greedy" and reckless, finance is a moral industry.