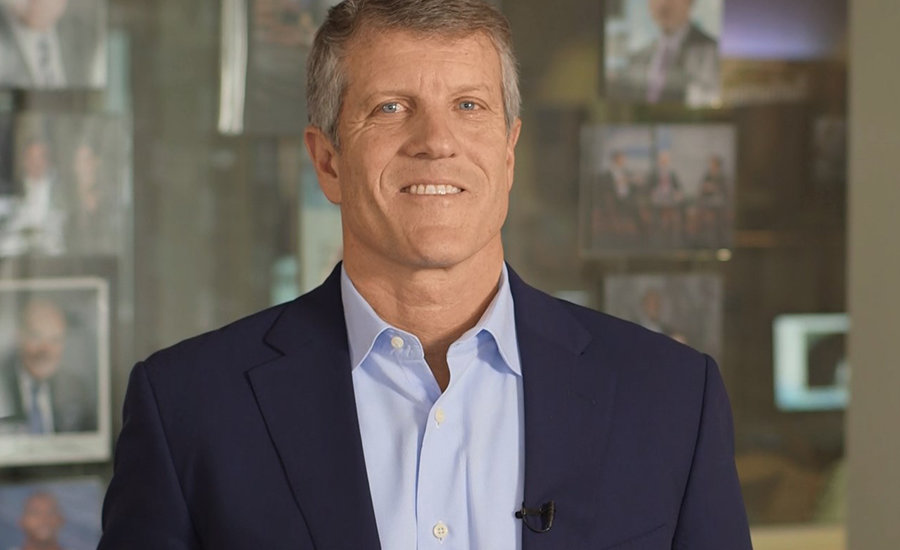 Navy SEAL team leader and retired Rear Adm. Scott Moore knows a few things about building “no-fail” teams. Having served in every leadership position in the SEAL teams, including as the former commander of the Naval Special Warfare Development Group, or “SEAL Team Six,” he closed out his career as the number two leader in the entire SEAL organization. And success in those high-pressure environments didn’t always come easily.

During a recent office visit, he talked about the rescue of American hostage Jessica Buchanan in the Horn of Africa—weaving lessons about no-fail teams between stories about locating Jessica, determining the best way to save her, parachuting into the African bush in the middle of the night, and ultimately taking out 9 Somali pirates to get Jessica out of captivity alive.

He hammered home that SEALs can do what they do because they’re a no-fail team, and shared these 3 keys to building no-fail teams:

“When something is truly ‘no-fail,’ that means that failure will cost us someone’s life,” Moore says. “And I know for a lot of organizations, that may not be the case, but their jobs are still hard. They still require a tremendous amount of energy and focus.”

We talked with Rear Admiral Moore about what he calls the 3 keys to leading these no fail teams: leadership, teamwork, and culture.

After his visit with our team, we sat down one-on-one with Moore to hear more about creating and leading no-fail teams. Here’s what the legendary military leader had to say.

Q: WHAT’S THE BIGGEST KILLER OF TEAMWORK, AND HOW DO YOU, AS A LEADER, WORK TO COUNTERACT THAT?

Moore: “Ego! Everyone has an agenda, and everyone has an ego. Quite often, if a person is really all about themselves, that agenda shows. Everyone has their certain agenda, but you have to put the ego and the agenda on the shelf.

And I have to tell you, some of these things don’t change. Sometimes a personality trait is just in their DNA, and, we recognized for us, some people just work better as individuals and you have to be willing to put them in roles that work for them. An example is this: Someone asked me, ‘Are snipers always your best shots?’ I would say no. 50% are our best shots, and 50% are guys who don’t work well with others. So, we put them out there in that small team. There’s ways to work it. But if you’re going to be with a big group, you’ve got to be compatible. So, ego is the biggest thing.”

Q: WHAT TRAIT SPECIFICALLY DO YOU LOOK FOR IN RECRUITS, WHEN YOU WANT TO HAVE SOMEONE AS A PART OF YOUR TEAM?

Moore: “I look for, first of all, competence. It doesn’t have to be a high level of competence, because we’re constantly looking to improve. But I need to be able to look at them and say, ‘OK, you have the tools.’ You don’t have to be an All-Star, but I can tell you can get there because you not only have the competence but the desire to come in and learn.

I’ve worked with guys who are strong, smart, articulate, you name it, but not team players. More of an individualist. And there’s a role for that in most organizations. But I’m looking for the kid who comes in and says, ‘I’m happy to be here. I’m glad to be on the team.’ I’m looking for eagerness to thrive and learn and get out of themselves and be a part of the team. Competency, eagerness, and also humility.”

Q: WHICH WOULD BE MORE IMPORTANT TO YOU: STRONG LEADERSHIP, OR A SHARED SENSE OF PURPOSE?

Moore: “Both! And, as a leader, you absolutely have to convey a shared sense of purpose. Because once people have this purpose, then that sometimes carries the team. It allows a person to display passion for what they do. Whether it’s the leader or the team members. Because it’s contagious. I’ve known numerous competent leaders in my career. They would show up and the guys would look around and say, ‘I don’t want to let this guy down. He’s working harder than we are. He’s running on empty, so let’s not let him down.’ And it’s because the team leader is passionate, always into it, and there is this shared sense of purpose.

On leadership, I’ll tell you that one of the biggest differences between a very good leader and an awesome leader is that the awesome leader can still be the bad guy once in a while. He or she can pull out that card that you never want to use that says, ‘Do it because I said so. We’ve been talking about it, let’s do it, get it done, and move on.’ Some people don’t do that, and that issue just stays there.

I remember one time I realized my team of SEALs hadn’t swam in a long time, a 1-mile swim in fins along the beach. And I told them we were doing an ocean swim and these guys pushed back. They’d been on this team for 10 years and I’d been their leader for 2 months, because the leaders rotate. Finally, one day, and I had a Team Chief, the senior enlisted guy, and he’s like, ‘I don’t agree with that.’ And I said, ‘I’ve got it, but we’re going to do it.’ And he just looked at me and said, ‘All right.’ So, I said, ‘OK guys, we’re going to swim.’ And I got questioned again. I said, ‘Because I said so.’ I was almost embarrassed to say it. It’s the only time I’ve said it. But we did the swim, and these guys are racing me, and we get out of the water and everyone is happier than heck, because we’d mixed up the routine and it was a great team-building event.

So, they said, ‘Why’d we do that?’ and I said ‘Look around, everyone’s happy, that’s why. And I finally got you guys in the water. You’re supposed to be SEALs!’”

BOOK REAR ADMIRAL SCOTT MOORE FOR YOUR NEXT EVENT

If you are interested in checking his speaking fees and availability or would like to have Scott Moore speak at a future event, meeting, or panel discussion, please contact our team.