Podcast: Ken Schmidt On Surviving the Age of Amazon 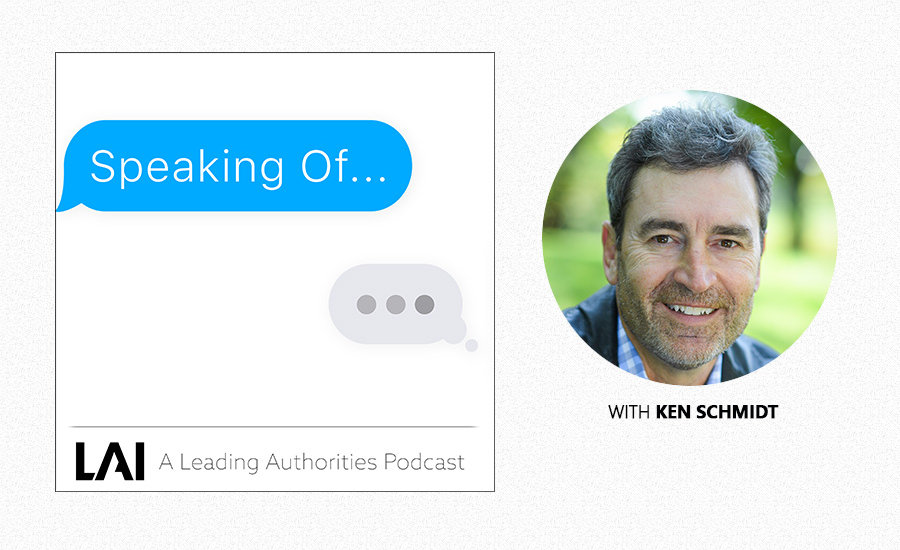 Former Director of Communications at Harley-Davidson Ken Schmidt is frustrated by a lot of the marketing he sees today. At a recent speech, he talked about the creeping phenomenon of companies making themselves noncompetitive by focusing on offering a product with the lowest price.

We sat down with him to learn why this is happening. The talk covers:

Listen to it on SoundCloud, or read a transcript of our talk with Ken Schmidt below:

Ken Schmidt: Every industry in the world looks exactly like what’s happening with flat screens. If you went to buy a flat screen today and you entered the electronics store, maybe Best Buy, and as you enter that environment you see a wall that is covered with virtually covered with identical products and every single one of these TVs, in the upper right-hand corner, is going to have a price tag that is almost virtually identical to the one that right next to it. They’re all 500 bucks, 499, 498, 502, not enough difference to grab you ... The next thing you begin noticing is that on the lower bar of every TV where that badge is, you can’t find a single brand name that you don’t recognize. Any one of you in the room right now could, in 30 seconds, spew out the name of at least ten companies in that industry ... Can any of you name one competitive advantage or one little storyline that surrounds any one of those brand names? Samsung, they stand for, Mitsubishi, they’re the people that. See when someone’s describing your business, what are they saying? What do you want them to say? And what are you willing to do to get them to say it? See that’s the operative thing that we faced at Harley and we realized this looking back. Talking about you as a human being, what are people saying about you?

Leading Authorities: Welcome to the Leading Authorities podcast. Companies around the world are turning to Ken with one simple question: how did you take a struggling brand, and transform it into a name that people want tattooed on their arms?

Ken: That’s a great question, Kate. Well first of all, if you’re going to do something big and have it be memorable and have the legendary word attached to it, it really, really helps to be attached to a company that’s had its name tattooed on people’s bodies since WWI. So that give it a lot of context and weight, but every industry, and I think people really need to understand this, every industry on the planet, it doesn’t matter what it is, is commoditized. Because the business world has gotten so good at doing what we do and doing it economically and bringing it to market. What it comes down to is, from my perspective, business flat out don’t know how to compete. Businesses have chosen not to compete. My job, as a person leading a business, is to make sure I am crushing the other businesses that are going after the same people and the same things that we are. But that doesn’t happen. People have forgotten the notion of competition. They have chosen not to compete and they’ve chosen to try to market their way to any kind of sales dominance or meaningful dominance and that’s why you have this commoditization. People have no reason to choose a particular business partner in so many sectors of the world right now, and when they don’t see a reason, when they don’t have that preference, they let low price become their default purchase criteria and that’s what you see. It is killing a lot of good companies and a lot of really good people.

Leading Authorities: What’s the antidote to [companies making themselves non-competitive by focusing on price alone]?

Ken: The antidote to that is kind of two-fold and they are both intertwined. The first thing, again, getting back to this notion of competing, business leaders have to put competing to dominate at the top of their overall business process. And start focusing their company, their cultural efforts outward instead of inward. What happens in industries that are commoditized and very price driven is businesses that are already really, really good at what they go, invest all of their time, money and human resources into doing whatever they do better and cheaper. Well guess what? Everyone that you are competing against is also doing that and that just contributed to the commoditization. What they need to be doing is focusing outward, focusing on “who do we compete against?” “what do they do differently, better than we do?” and most of them don’t have anything that they do better or different which should be a clarion call for business. Just say, hey look it, we can out compete these people if we choose to and we can make this notion of being memorably, noticeably different in the market place very, very real in our organization. Which, we said it comes down to two things, “competing to dominate” and the second is “making noise”. And “making noise”, to me, means, comes down to three things: the people, what are people saying about us, what do we want them to say about us, and what are we doing to make them say this about is. This is our reputation. See, employees across any business culture, any work culture, tend to not understand or engage with words like “brand”. And they certainly don’t engage with flavor of the month words like 'disruption.' What they understand is competing and what they understand is reputation. I have a part to play here every day when I come to work, says the guy working in the mailroom, the woman working in the finance department – non-customer facing jobs. When they understand that we are here to outcompete other people. So, when competition and making noise, building our reputation, and doing it very, very intentionally, very, very outwardly, and very obviously is what businesses do. That’s what I talk about, that’s all I try to tell people when they say, “Jeez, make us, you know, give us a silver bullet, give us one or two things that we can do that Harley does” and I say, "Stop trying to take ideas from what other people have done, it doesn’t apply in your businesses. Compete, make noise, build your reputation, and there’s a lot of ways to do that.”

Leading Authorities: Who do you think understands [the need to build a reputation and network of advocates] really well?

Ken: Some of my favorites are lesser known companies in the business to business world, which I will get to in a second. But if you are looking for a name everyone recognizes and does things very, very well, I think LL Bean is astounding. And that’s a fiercely commoditized industry, very price driven, the clothing, garment, outdoor garment, and adventure, all of those markets are very, very similar in what products are made and what is delivered. I took a seven-year-old parka back to an LL Bean store because the zipper was stuck, this was not a life-changing problem I had, it was just an irritant, if I could jam it up and down without a problem, I could stay toasty warm and without batting an eye, the woman behind the counter said “go get another one!” and I protested and said, “I’ve had this for seven years, this isn’t fair to you people to do this, I am happy to pay to get the zipper fixed.” She said, “we would be happier if you were happy with a new jacket.”

Leading Authorities: Did you get the same color?

Ken: It is a beautiful navy blue. But think about it, because I have, first of all, become an iron clad loyalist to that company, I’ve spent a lot of money there in the ensuing years. But I have also told that story hundreds of times. So I guarantee, whatever that jacket costs them, it has been repaid a thousand fold with new money. That is what noise is, that’s people talking very positively about what you do. They didn’t have to do that, but they chose to to use that as a competitive lever.

Leading Authorities: Well they have that store employee aligned with that philosophy right to the customer level. How do you, do you have advice for larger companies, organizations, who have a pretty significant down chain of people that you have to get on board for that same philosophy.

Ken: Well remember what I said about competing and making noise, and to do that we have to look at what the people that we serve now or hope to serve say about us, what we want them to say when we are not there when they’re talking about us. And, thirdly, what are we doing as an organization to make that happen.

To hear the rest of this podcast, click the SoundCloud link above. And, if you think Ken could be a good fit for an event, please visit the speaker page or chat live with us now.