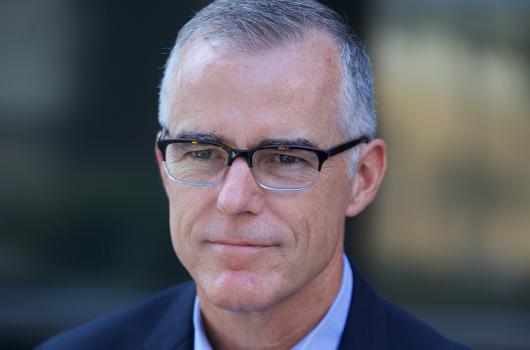 The former Acting and Deputy Director of the FBI, Andrew McCabe led a historic career as an American intelligence official. Named Acting Director of the FBI in May 2017, McCabe spent a total of 21 years at the FBI in various, increasingly-prominent roles. The New York Times said that McCabe “stood out [at the FBI] for his intellect and the range of high-profile cases he has been at the center of,” and The LA Times called him “a methodical investigator who assiduously worked to earn the trust of victims and, particularly, informants and witnesses.” Known for his incredible rise through the counter-terrorism and national security ranks to ultimately reach the top of the Bureau, his talent for cutting to the core of major cases is legendary. McCabe also has previous experience as an investigator and SWAT team member, which no doubt helped as he worked such high-profile cases as the 2013 Boston Marathon bombing. McCabe also served as the Deputy Director of the FBI, where he oversaw all FBI domestic and international investigative and intelligence activities. The author of the #1 New York Times best-selling book The Threat: How the FBI Protects America in the Age of Terror and Trump, he is exclusively represented by Leading Authorities speakers bureau, and discusses complex, critical issues including national security and cyber security with precision and clarity.

In speeches, McCabe offers a high-level overview of “The Threat” as it occurs in the world today. Whether sharing anecdotes about his time in the field or highlighting the ways the cyber and terror threats have shifted and morphed since the early 2000's, McCabe keeps audiences on the edge of their seats as he skillfully ticks through the scenarios that keep the intelligence community on alert. Having worked for the FBI for 21 years, he is also able to discuss the ways our national security and geopolitical relationships have evolved, as well as the new and emerging battlegrounds, including social engineering, that our nation will face.

Prior to his appointments as Deputy and Acting Director of the FBI, McCabe served as Associate Deputy Director of the Bureau. In this position, he oversaw the management of all FBI personnel, budget, administration, and infrastructure. He also formerly served as Assistant Director in Charge of the FBI’s Washington Field Office, the nation’s second largest FBI field division, where he oversaw all programs. He began his career as a special agent with the FBI in 1996, where he was assigned to the New York Field Office. In that role, he investigated and supervised organized crime matters; in one of his first major assignments, he built a detailed case against Russian mobsters and effectively helped to take the crime group out.

Before entering the FBI, McCabe worked as a lawyer in private practice. He received a Bachelor of Arts degree from Duke University in 1990 and Juris Doctor from Washington University School of Law in 1993.

In 2010, McCabe was certified by the Director of National Intelligence as a senior intelligence officer, and in December 2014, he was awarded the Presidential Rank Award for Meritorious Service. In addition to appearing as a law enforcement contributor on CNN, he is currently a distinguished visiting professor at George Mason University’s Schar School of Policy and Government, where he is teaching courses in national security and related topics. The Threat: Protecting America's Present and Future. Andrew McCabe served 21 years in the FBI, first working on organized crime syndicates with ties to aggressive nation states, then working to counter the growing terror threat post 9/11, and finally to secure American interests in the face of a growing social engineering and cyber security threat. Having been at the forefront of American national security procedure and policy for the past two decades, McCabe offers an insider, experience-driven analysis of the most pressing threats as well as the changing nature of our most important geopolitical relationships.

Cyber Security: Where We Are and Where We’re Going. At the FBI, McCabe oversaw a shift in mentality from an organization focused on agents with guns and badges to uniquely skilled computer scientists, technologists, and analysts focused on countering the growing and evolving cyber threat. With this speech, McCabe discusses the internal and external threats, ranging from hacks to disinformation campaigns, that organizations need to focus on now. Sharing an eye-opening look at the issues keeping a former Acting Director of the FBI up at night, McCabe facilitates substantive conversations about the scope of the cyber threat as well as how to balance security with privacy. 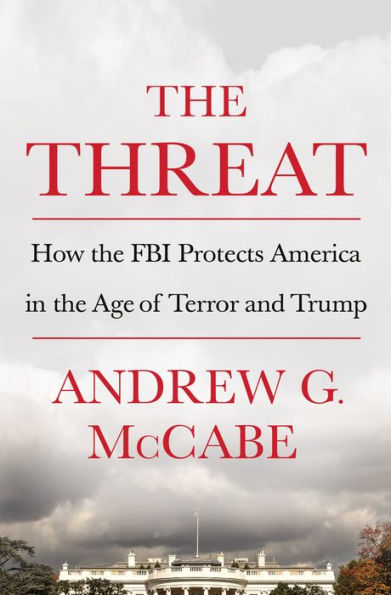 The Threat: How the FBI Protects America in the Age of Terror and Trump