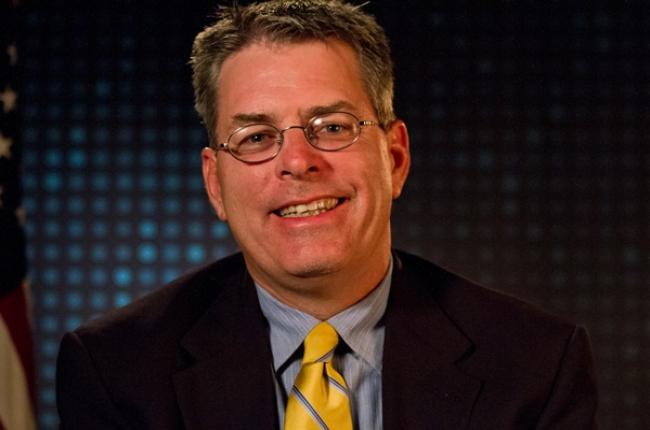 Brad Woodhouse is a leading Democratic strategist, known for his acerbic wit, hard-hitting rhetoric and expertise helping organizations communicate effectively to their target audiences and the press.  He currently serves as President of Americans United for Change, one of the nation’s leading progressive issue advocacy organizations that was originally created to stop then-President Bush’s plan to privatize Social Security, and as a consultant to CREW, the Center for Responsibility and Ethics in Washington, a non-partisan, non-profit (501c3) government watchdog organization that works to reduce the influence of money in politics.

Woodhouse has a long history of running progressive organizations in Washington. During the 2016 election cycle, in addition to serving as President of Americans United for Change, he served as President of Correct the Record, a research, digital and rapid response SuperPac working on behalf of Hilary Clinton’s campaign for president.  During the 2014 election cycle, Woodhouse served as President of American Bridge 21st Century, a SuperPac that broke new ground in its approach to rapid response communications, opposition research and tracking candidates.

Before that, Woodhouse enjoyed a long and successful run as a senior strategist for President Obama’s two campaigns for president and as Communications Director for the Democratic National Committee (DNC).   As Communications Director and senior member of the DNC team, Woodhouse worked with the White House, Congressional Democrats, outside groups and Democratic campaigns to shape the party’s message and political strategy.  He served as a regular surrogate for the campaign on television and radio and at key events during the election including GOP primary debates, the Democratic National Convention and the general election debates.  Woodhouse previously served as a DNC Senior Adviser and surrogate for the Obama for America campaign during the 2008 general election.

Before his work in national presidential politics, Woodhouse served as an adviser to and spokesperson for then-U.S. Senator Jon Corzine (D-NJ), and prior to that, as Communications Director for the Democratic Senatorial Campaign Committee during the 2004 election cycle.

Mr. Woodhouse has been named to the Influencers 50 by Campaigns & Elections magazine and been the subject of a 2014 documentary ‘Woodhouse Divided’ which follows Mr. Woodhouse and his brother Dallas, a Republican strategist, through President Obama’s first term, the passage of the Affordable Care Act and the 2012 elections.