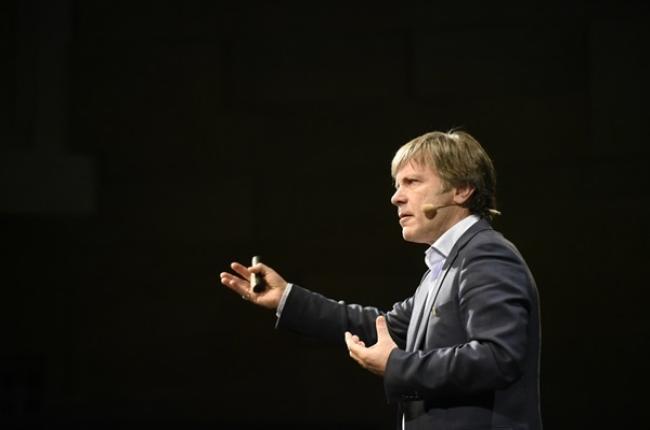 Bruce Dickinson is the lead singer of Iron Maiden, one of the world’s greatest rock bands with over 85 million records sold. He is also a commercial pilot, brewmaster, entrepreneur and creative business thinker. Dickson was a pilot and Marketing Director for Astraeus Airlines, a company which leased aircraft to other carriers. He is also the man behind the company Cardiff Aviation which specialises in heavy maintenance of Airbus and Boeing commercial aircraft.

Dickinson is also involved in an air ship venture to manufacture lighter than air hybrid transport aircraft. He is also setting up a separate Training Company (Real World Aviation) to train future Pilots.

Dickinson left Iron Maiden in 1993 in order to pursue a solo career, his passion for fencing and an interest in becoming a pilot. He re-joined the band in 1999 and has gone on to release four albums; despite this he hasn't stopped flying Boeing 757s.

He is very keen to speak on his projects, which he can tie in with business start-up, entrepreneurship and business creativity. In addition, Dickinson is willing to talk about the parallels between his music and business careers. He is also able to deliver team building experiences focused around his flight simulator.

Dickinson presents with a captivating style, humour and wisdom, his presentations entertain and motivate audiences.

John Wood
Founder, Former CEO, and Board Co-Chair of Room to Read
Image