She currently co-anchors America’s Newsroom with Bill Hemmer & Dana Perino, and is a co-host on the hit show The Five, both on the Fox News Channel. The Five has won its time slot every day since it started in July 2011 and has been named the fifth most-watched program in all of cable. Part of an ensemble cast, some viewers have nicknamed Perino “The Voice of Reason” on The Five. A Fox News political commentator, she also appears weekly on other Fox programs and previously served as anchor of The Daily Briefing with Dana Perino.

The Voice of the White House. Before joining Fox, Perino served as the first Republican woman to be press secretary of the United States. She spent more than seven years as part of the administration of President George W. Bush, joining right after the 9/11 attacks as a spokesperson for the Justice Department. A year later, she was pulled to the White House and stayed until the last day of the Bush administration. As press secretary, she handled interactions with the White House press corps and advised the president on communications. President Bush has said that whenever he did a press conference or interview, Perino made sure he was never surprised by a question. She describes her approach to the position as a 50-50 mindset – half the effort went to defending and advocating the position of the president and the United States, and the other half was defending and advocating the media’s access to the president and the government. Perino continues to be active with the Bush Center in Dallas and joyfully says her motto is, “Once a staffer, always a staffer.”

Post White House Political Commentary. After her years in the White House, Perino went from speaking on behalf of the nation to speaking for herself. Not only becoming a commentator on current events, politics, and foreign policy, she also published And the Good News Is…Lessons and Advice from the Bright Side, which debuted as a No. 1 New York Times best-seller and remained on the list for more than three months. Her book, Let Me Tell You about Jasper . . .How My Best Friend Became America's Dog, was released in October 2016 and reached the No. 10 spot on the New York Times nonfiction best seller list. Perino’s newest book is Everything Will Be Okay: Life Lessons for Young Women (from a Former Young Woman), a no-nonsense how-to guide to life for young women looking to reframe their thinking, to believe in themselves, to take risks, to understand their power, and to feel better overall through finding serenity and taking action. Her other publishing credits include editorial direction for Things that Matter by Charles Krauthammer and The Time of Our Lives by Peggy Noonan. Additionally, she is host of Dana Perino’s Book Club on FOX Nation, Fox’s online subscription-based streaming service, as well was the co-host of the podcast I’ll Tell You What alongside Chris Stirewalt. Hugely popular, the podcast was made into a limited-run TV show in the fall of 2016, marking the first time Fox turned a podcast into a series.

Giving Back. In 2010, President Obama appointed her to serve on the Broadcasting Board of Governors, which complemented her passion for advocating for individual and economic freedom, especially for women in Africa. Since leaving the White House, Perino and her husband, Peter McMahon, have volunteered in South Africa and Congo. In 2014 they spent a week at a charitable hospital and came back to America to broadcast their findings and appeal for additional help.

To express her gratitude for the opportunities she’s been afforded, Perino started Minute Mentoring, a program for young women that’s like speed dating between mentors and mentees. She also serves on the board of Companions for Heroes, which matches rescue animals with first-responders and veterans managing post-traumatic stress.

Perino was born in Wyoming and raised in Colorado. She has a masters degree in public affairs reporting from the University of Illinois – Springfield. Before the Bush Administration, she worked as a daily news reporter, as a press secretary on Capitol Hill, and in the private sector for global public relations companies. Dana Perino & Donna Brazile: The Pros and Cons of the Affordable Care Act

The Political Realities—Right Now. A larger-than-life personality, Dana Perino, shares insights and stories in an entertaining look at politics today. Communicating with audiences with the same clarity and precision that gained the respect of the rough-and-tumble White House press corps and the other panelists at The Five, her exposure to and time spent interfacing with the media gives her a unique understanding of the spin, the realities, and the ways in which the public is being affected by the current political climate. From her time on The Five to her experience in the White House, her dual perspectives in front of the camera and inside the West Wing make her one sought after political expert. She brings an insider’s knowledge to her analysis, addressing what’s on the minds of Americans and American politicians. She is also particularly adept at depicting how politics affects people outside the beltway, and she breaks down what organizations need to know about politics, offering a clear picture of the changes to come.

Message Management In Critical Times. In uncertain economic times, when the American public is re-examining how it consumes news and who it trusts for information, reputation management is more important than ever. As White House Press Secretary, Perino served as the conduit between government and the media, communicating the President’s key messages to the American people. An expert in public relations and crafting constructive, forward-looking messages in trying times, she discusses how reputation and message management ensures the health of an organization. Businesses and associations must effectively communicate their message now more than ever, and Perino explains the strategies, tactics, and mindset necessary to present a convincing and attractive face to customers and the American public.

Energy and Power and the Current Administration. Energy policy and the impact it has on America and the world is, was, and will continue to be the single most important issue facing American policy-makers. How we deal with shrinking supplies of oil, greater regulation, and foreign dependence will affect every decision made by the current administration. From her time as White House Press Secretary as well as her time working on energy issues in Congress and at the Department of Justice, Perino understands the many angles and viewpoints that cloud and clarify this issue. She speaks about where we’re headed, where we’ve been, and how the policy decisions—both foreign and domestic—will contribute to the energy future of America.

Life Balance For Women In Leadership. As only the second female White House Press Secretary, Perino gained a no-nonsense, tough reputation in a field traditionally dominated by men. With a “seat at the table” in the White House—a privilege not usually afforded press secretaries—Perino was more than just a spokesperson; she was a key player in crafting and presenting the President’s case to the American public. She speaks about the experience of being a woman in the inner circle, what it means for women in the future, and how women can achieve leadership positions and excel in them while balancing family and life outside of work.

Be A Good Leader...From A Follower’s Point Of View. Dana Perino, former White House Press Secretary to President George W. Bush, turns the traditional leadership speech upside down by sharing what she thinks makes a great leader. Through compelling stories, sharing both positive and challenging experiences, she walks audiences through three critical elements: access, principles, and loyalty. It was these aspects of working for a president that inspired 4 a.m. wake-ups for four years in a row—and even after the daily “griefings” in front of the press, feeling that it was worth it to keep up the good work. Dana’s perspective provides a different way to train leaders of your organization—with memorable emotional stories from working in the pressure cooker.

Conflict & Confrontation In Daily Communications. Dana Perino shares tips from the White House podium for successfully making your point and keeping a smile on your face. As the White House Press Secretary for President Bush during highly controversial years, she stepped daily in front of the White House press corps and withstood all sorts of aggressive questioning—yet she maintained her cool. How? She says that often she felt like a duck from the waist up, all looked smooth and calm, but underneath she was paddling furiously to stay afloat. In her presentation, Dana offers seven tips she learned at the White House podium for keeping composed, being gracious, and succeeding in making her points. And you'll love the stories about her and Helen Thomas.

Point/Counterpoint With Donna Brazile. In this presentation, Dana Perino pairs up with renowned Democratic political strategist, advisor, and media commentator, Donna Brazile, to offer perspectives from opposite sides of the aisle on today’s hot-button political issues. Both women are media savvy, appearing regularly on network news programs, and both have high-level practical political experience. Perino worked for President George W. Bush and Brazile worked for Al Gore’s presidential campaign. These two highly-regarded strategists make up a power duo that debates the issues that affect elections and shape the political landscape.

Moderator. Dana Perino makes an ideal moderator for panel discussions, communicating with audiences with the same clarity and precision that gained the respect of the rough-and-tumble White House press corps. Perino excels at coaxing insight from panelists and creating an understanding with practical implications for the audience. A frequent contributor to television news, Perino has the experience to keep participants on topic and provoke discussion. She will help the panel communicate a clear and precise picture of the issue at hand for the audience, lead the Q&A, and summarize the insights gained during the event.

Dana Perino aims to reduce personal, professional anxieties with upcoming book ‘Everything Will Be Okay’

Tom Bevan: Obamacare Repeal "Is Dead... Republicans Are Going To Have To Move On"

Resolved: In 2016 I will not let politics strip me of my dignity 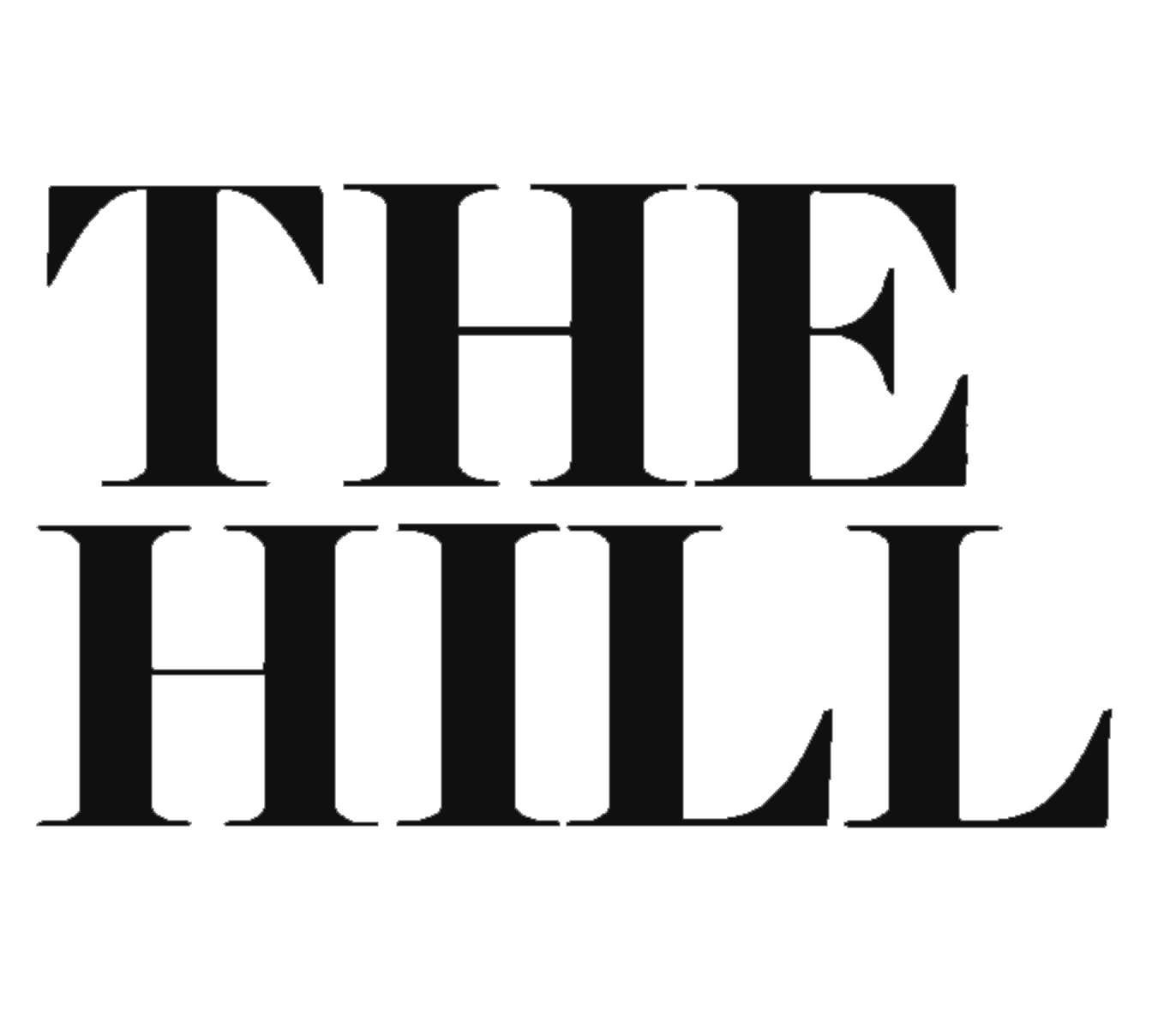 Empowering Women Empowers Us All

Core Principles and an Open Mind

President Obama America's Trial Separation From You Has Begun

Dana Perino: Resolved: In 2016 I will not let politics strip me of my dignity

She was wonderful.  I heard a lot of feedback about appreciating her positive kind funny stories. Her books were a huge hit and it was so generous of Dana to sign them at 11:00 am in her room.  We know they made so many bankers happy.  We are so glad Dana was our opening speaker.

Dana Perino was the featured speaker at the 2015 Annual Meeting of the Mississippi Dental Association. A confident, passionate and charismatic speaker, Dana offered her unique perspective on the current governmental and political environment based on her experience as a Congressional Press Secretary, Press Secretary to President George W. Bush and her current work as a Fox News political commentator and co-host of the Fox talk show, “The Five”. As someone who gives credit to others for the mentoring she received in her career, Dana’s speech also highlighted the excellent mentoring and career advice she offers in her book, “And the Good News Is …” Her presentation was thoughtful, insightful, enlightening and entertaining. She was the perfect speaker for our members who are keenly interested in the influence of politics on policy decisions that affect our careers and the lives of the patients we serve. 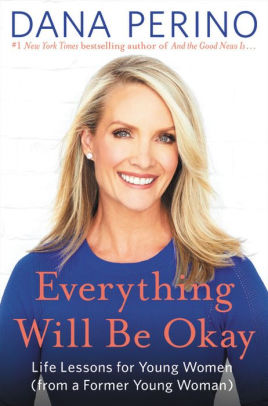 Everything Will Be Okay: Life Lessons for Young Women (from a Former Young Woman) 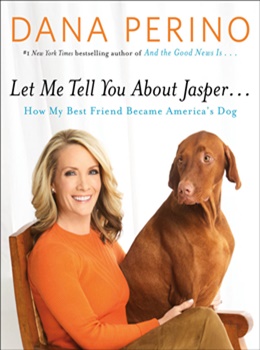 Let Me Tell You About Jasper... How My Best Friend Became America's Dog

And the Good News Is...: Lessons and Advice from the Bright Side 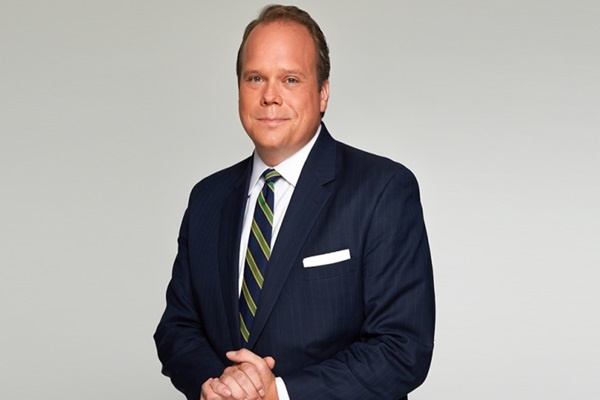