Renowned Mountaineer, accomplished speaker, and celebrated author, Eric Alexander has been a pioneer and advocate for people with disabilities.  Most notably Eric stood atop mount Everest leading his blind friend, Erik Weihenmayer to a successful summit of the world’s tallest peak, and was called Erik’s guardian angel for safely guiding his descent from the summit. This multi-record setting team has been called, by Time magazine, the greatest team in history to climb Everest, and this ascent ranked among it’s top 5 climbs ever by Outside magazine.

Climbing some of the world’s highest and most daunting peaks with people who have disabilities has set Eric’s climbing career apart and given him unique and innovative insights into the essence of leadership and teamwork.  As a faithful team-mate, and as a leader of world class teams and expeditions around the globe, Eric captivates audiences worldwide through his engaging story-telling, drawing his audience into these experiences, with emotion, laughter, truth and vulnerability in ways that will leave a lasting imprint on their lives.

Whether it’s business or personal, we live in a world of uncertainty where fear and doubt can get the best of us.  Eric has pushed through his own fears and doubts having come back from near fatal falls, pulmonary edema, pneumonia, and tragic losses, to learn that it is not all about “my” summit, but about helping others to reach theirs.  It is this principle, on which Eric speaks, that will help your team get to the top.

When engaging an audience Eric likes to share his “recipe” for success speaking of the fundamentals of team spirit (because it is more than just work), trust, courage, faith and integrity.  Today, Eric continues to climb and look for new challenges both personally and in the outdoors while challenging people to overcome the “Everest’s” in their own lives redefining the limits of what we can achieve. 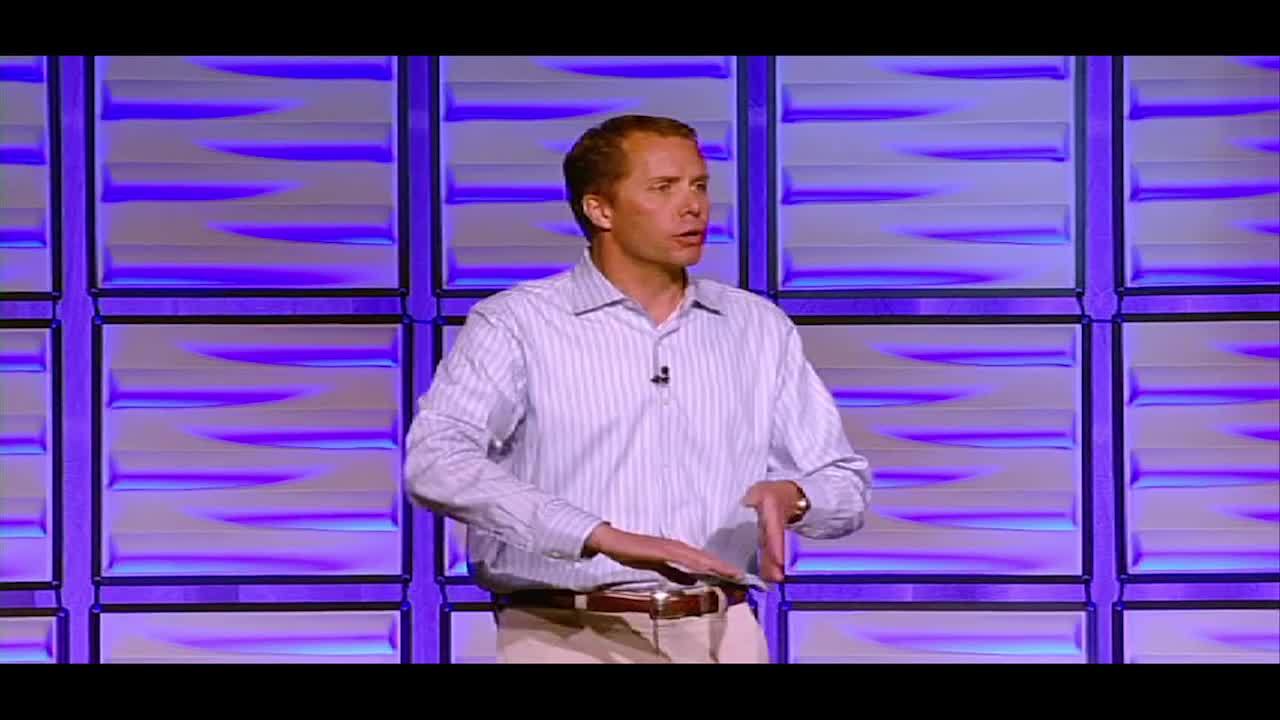 Trust – Eric knows that to succeed as a team each individual on that team must be a person who is trustworthy and must also demonstrate the ability to trust those around them.  Eric speaks of the extraordinary trust that the NFB Everest expedition shared and how it contributed to the success of safely reaching Mt. Everest’s 29,035’ summit.

Teamspirit - Taking on a monumental task, like guiding a blind man to the summit of Mt. Everest, is not something that a person can do alone.  Eric details how this extraordinary achievement was made possible by team-members putting aside their individual differences for the greater good of the team.  By utilizing each person’s strengths this team was able to accomplish the “impossible” and prove to the world that underdog’s can still play and win.  Eric says it is not about work, rather it is about the spirit of the team and the belief in each other and the desire for the other’s success over one’s own.

Leadership – In moments of crisis each person will need to have what it takes to lead.  As the expedition leader fell ill on summit day and turned back the team faced a critical decision – turn back or move forward.  The team chose to take on the responsibility of leadership and made the decision to press on.  Opportunities to quit present themselves at every step of our journeys, we all must be willing at times to take the lead and keep striving for our goals.

Courage – Dare to risk it all when the “experts” say the risk is too great.  Eric speaks of moving forward in spite of our fears, stepping out in faith and courage to prove, as he says, “that we are the experts on ourselves.”  Demonstrating this courage Eric joined the Everest expedition after a nearly fatal accident climbing in the Himalayas the year before and showed his commitment to the team by not giving up.  Eric shares that the task of climbing Everest in and of itself would require great courage, but to add that Eric would be guiding his blind friend to the summit would require far more.

Innovation - It is innovation which leads to invention.  This takes our small steps of progress and transforms them into giant leaps over time, turning what was once thought of as impossible to being totally plausible. The mountain had not changed nor did the route get easier.  What had changed was our approach. It is on the way to the top, it is along the journey that we learn, grow, innovate, and adapt. Innovation, like wisdom, is just as those steps up the mountain; each one building on the one before it, the summation of which gets us to our goal.

Integrity – In the high mountains it is critical that people do as they say they will do.  Lives depend on following through on promises with action.  To survive here, and be successful, a team must be comprised of individuals willing to stand by their word.  This lesson carries over into many aspects of our personal and professional lives and is quite a recipe for growth and success.

Faith Based Groups - Eric can tailor a talk specifically for faith based groups. As a Christian, his faith helped him through many trials and difficulties.  He shares how God’s plan hasn’t been about summits, but about trust - one step at a time.