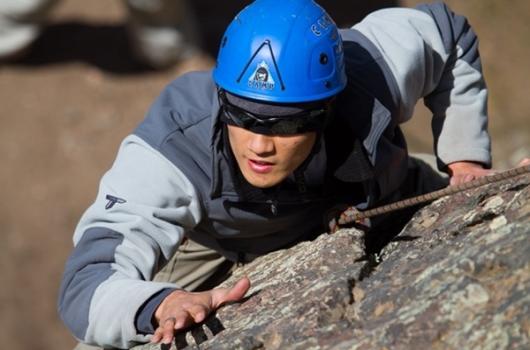 Ever since he was a small child, Steve Baskis had wanted to serve in the military like his father and grandfather. He enlisted and was injured just eight months into his deployment. Now, his resultant blindness has instilled in him a drive to test his own potential and push the boundaries of what disabled people are perceived capable of doing. A testament to the human spirit, Baskis has become self-sufficient, fallen in love, gotten married, and summited three mountains – all after going blind. Exclusively represented by Leading Authorities, Inc. speakers bureau, he addresses motivation, inspiration, overcoming adversity, and pushing the limits of human potential.

The Injury and Recovery. In January 2007, Baskis enlisted in the army with the goal of becoming a Green Beret. He graduated with honors from Fort Benning and earned a meritorious promotion. By the end of 2007, Steve and his platoon were stationed in Iraq. Eight months into his deployment, his squad was attacked while on combat patrol. A sophisticated roadside bomb sent a projectile through his heavily-armored vehicle, killing his friend and severely wounding Baskis. A week later, he woke up half way around the world in Walter Reed Medical Hospital. A doctor told him that he was blind.

Over the next six weeks, Baskis underwent more than a dozen surgeries to remove shrapnel and repair the damage that included a fractured nose, fractured eye orbits, a fractured skull, and severe burns. A severed artery and severed nerves disabled his right leg and left arm. Despite it all, Baskis amazed his doctors with his attitude and his recovery. As soon as permitted, Baskis transferred to Hines VA Blind Rehabilitation Center, where he learned to maneuver and function while blind.

The Blind Adventurer. As an admitted “adrenaline junkie,” Baskis was eager to participate in sports that would get him back in shape. He competed as a cyclist in the State Games of America and in a half Ironman in Augusta, Georgia. “The race was grueling and pushed me to the limit,” he recalls, “But I did not give up and I forced myself across the finish line.” He also attempted the Chicago Marathon, reluctantly dropping out due to pain in his injured leg.

Baskis rebounded by climbing the third highest volcano in Mexico with a team that included blind adventurer, Erik Weihenmayer. At 17,126 feet, Ixta (Ixtaccíhuatl) is also the seventh highest peak in North America. Despite losing sensation in his injured left arm, Baskis reached the summit on Veterans Day. He also participated in Weihemayer’s Soldiers to the Summit expedition, in which 11 wounded veterans summited Lobuche East (8.7 miles from the top of Mount Everest). Baskis then climbed Kilimanjaro. Moreover, Baskis medaled at the National Level of both the Summer and Winter Paralympics.

Humanitarian Efforts. Perhaps his greatest source of pride comes with the establishment of his own nonprofit organization, Blind Endeavors, dedicated to challenging and inspiring people of all abilities to explore new ways of living through movement. The goal is to promote awareness and education in schools and institutions across the nation, conduct research and development related to the adaptive community, and build unique and unconventional programs and teams to pursue bold endeavors around the world. He has also volunteered with Eric Greitens’ organization The Mission Continues. “I hope will inspire others. I do not find my injury as severe as some would say…There is always something you can do, and it is up to you to find that internal drive to move forward. Never dwell on the negative, drive forward as fast and as hard as you can. If you are capable of that, there is nothing that will hold you back.” 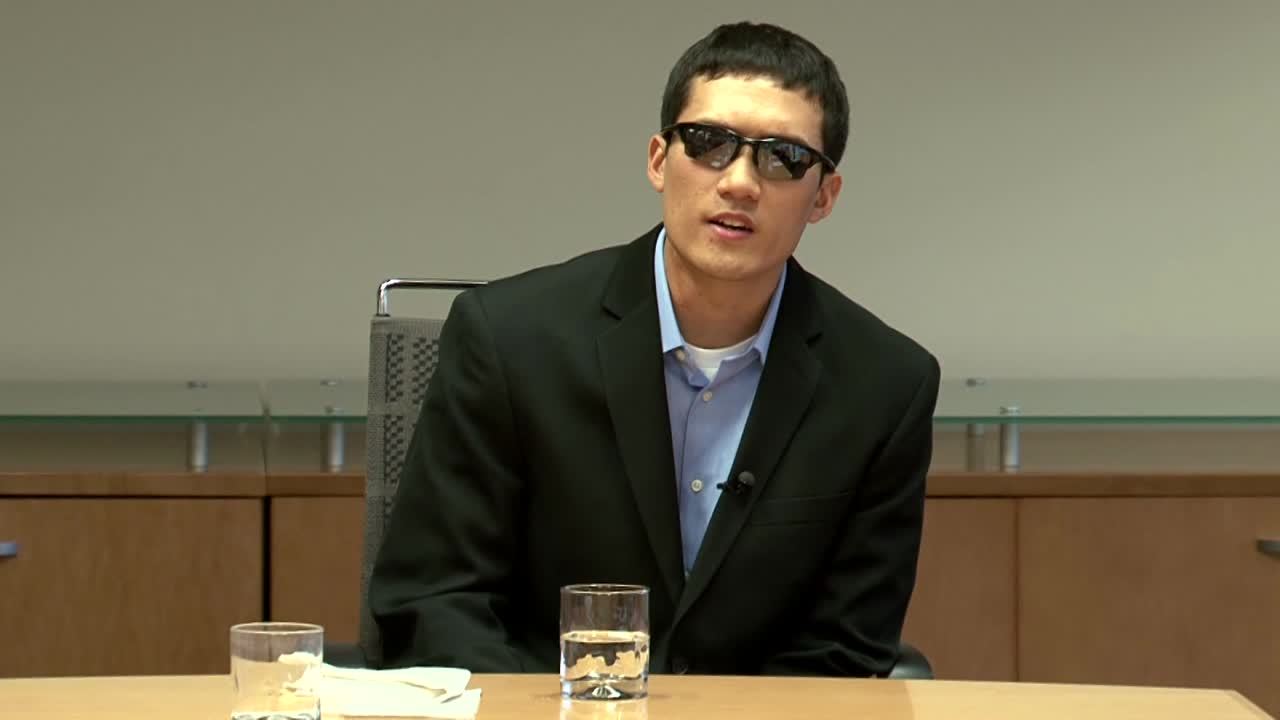 You Don’t Know What You’re Capable of Until You’re Tested. In a moving presentation, Steve Baskis shares his story and how he found the courage to overcome the adversity that his newfound blindness had caused. He transforms the perceptions of what disabled people are capable of doing and inspires others to find inner strength to rise to challenges and test their potential. Baskis uses stories from his adventures and his training to be an Olympian to illustrate the opportunity in life, and he motivates others to achieve their goals.

Climbing Mountains, Inspiring Minds. A testament to the human spirit, Baskis has become self-sufficient, fallen in love, gotten married, and summited three mountains – all after going blind. In his talks, he shares stories from his adventures while detailing what drove him to push his own boundaries. Never a typical patient, he amazed his doctors with his attitude and his recovery and as soon as he was able, started participating in sports that would get him back in shape. Baskis takes his audience through his journey while inspiring and motivating them to do the best in their own lives – regardless of the challenges they face. 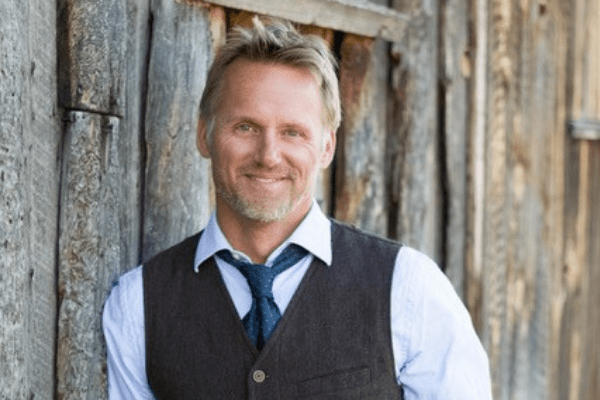