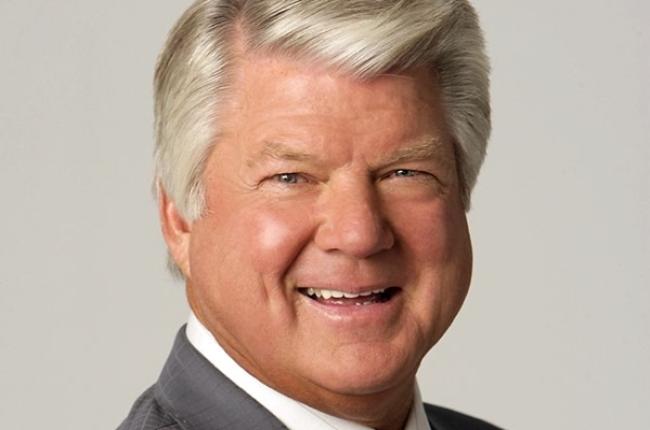 Named to the Pro Football Hall of Fame Centennial Class of 2020, Jimmy Johnson is a proven leader and motivator, exemplified by his experiences as the architect of the Dallas Cowboys' consecutive victories in Super Bowls XXVII and XXVIII, former Miami Dolphins coach, and current member of FOX's NFL Sunday team.

Johnson served as Cowboys' head coach from 1989—March 1994. He was named to the job on February 25, 1989, the day the franchise was purchased by collegiate teammate, Jerry Jones. He is one of only five head coaches in NFL history to lead a team to back-to-back Super Bowl wins, and in three of his final four years with the Cowboys, he was named NFL Coach of the Year by a national media outlet. During that time, Johnson's clubs compiled a record of 50-22, and the Cowboys won 39 of their last 50 games. In 1992, he led the team to a franchise record of 13 regular-season victories, and team record of 16 wins overall. As Cowboys' head coach, he compiled an overall 44-36 regular-season record, and went 7-1 in postseason play.

After retiring as the head coach of the two-time defending Super Bowl Champion Cowboys in February of 1993, Johnson joined FOX Sports in April of 1994 to serve as an analyst on the fledgling pre-game show. He remained with the show for its first two seasons. Immediately, FOX NFL Sunday established itself as the overwhelming fan favorite, a position it has enjoyed each year since, winning 16 Emmy Awards in eight years, including four for best studio show.

Johnson signed a four-year contract to become the head coach and general manager of the Miami Dolphins on January 11, 1996, making the NFC Championship Game on January 14 his final assignment for FOX NFL Sunday. He succeeded the legendary Don Shula at Miami, becoming the third head coach in Dolphins’ history. In four seasons as Dolphins’ coach, Johnson compiled a 36-28 record, and went 2-3 in five postseason games. He retired his Dolphins position on January 16, 2000 with an 80-64 regular-season record as a NFL head coach, and a 9-4 postseason mark.

Johnson moved to the NFL after completing five seasons as the head coach of the University of Miami Hurricanes, compiling a 52-9 record, two Orange Bowl titles, two No. 2 finishes, and a National Championship in 1987. He was the first person in football history to serve as head coach for a Super Bowl champion and a national collegiate champion.

An Arkansas alumnus, Johnson's coaching career began as the defensive line coach at Louisiana Tech in 1965. He later coached at Wichita State, Iowa State, Oklahoma University, and the University of Pittsburgh. He became head coach at Oklahoma State in 1979 and compiled a 29-25 record with two bowl appearances in five seasons there.

Turning the Thing Around: Pulling America's Team Out of the Dumps-And Myself Out of the Doghouse