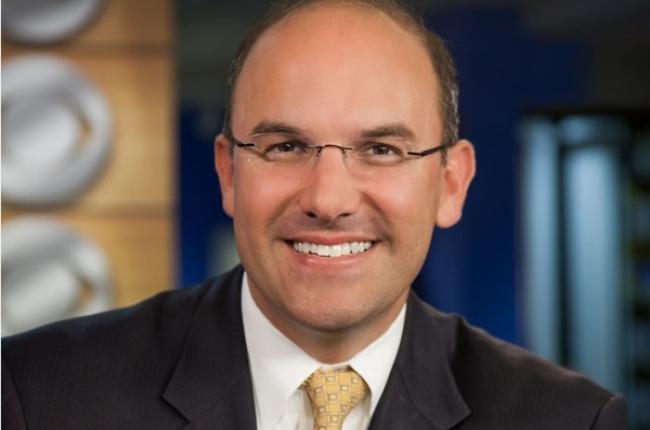 Juan Zarate is the Chairman and Co-Founder of the Financial Integrity Network, the Chairman and Senior Counselor for the Foundation for Defense of Democracies’ Center on Sanctions and Illicit Finance (CSIF), and the Senior National Security Analyst for NBC News and MSNBC.  He is also a Visiting Lecturer of Law at the Harvard Law School, a Senior Adviser at the Center for Strategic and International Studies (CSIS), and a Senior Fellow to the Combating Terrorism Center at West Point.

Mr. Zarate served as the Deputy Assistant to the President and Deputy National Security Advisor for Combating Terrorism from 2005 to 2009, and was responsible for developing and implementing the U.S. Government’s counterterrorism strategy and policies related to transnational security threats. Mr. Zarate was the first ever Assistant Secretary of the Treasury for Terrorist Financing and Financial Crimes where he led domestic and international efforts to attack terrorist financing, the innovative use of Treasury’s national security-related powers, and the global hunt for Saddam Hussein’s assets.  Mr. Zarate is a former federal prosecutor who served on terrorism prosecution teams prior to 9/11, including the investigation of the USS Cole attack. Mr. Zarate has earned numerous awards for his work, including the Treasury Medal.

He is the author of Treasury’s War: The Unleashing of a New Era of Financial Warfare (2013), Forging Democracy: A Comparative Study of the Effects of U.S. Foreign Policy on Central American Democratization (1994), and a variety of articles in The New York Times, Financial Times, Washington Post, Wall St. Journal, LA Times, the Washington Quarterly and other publications. 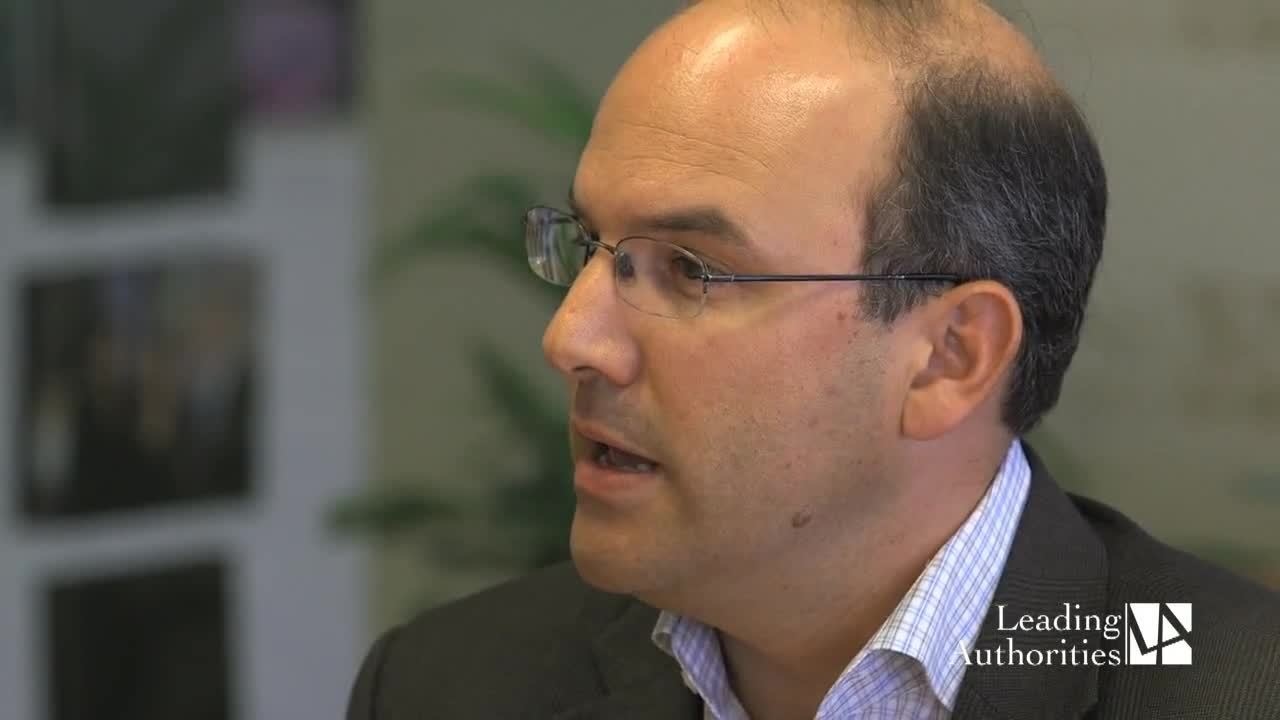 Treasury’s War. For more than a decade, America has been waging a new kind of war against the financial networks of rogue regimes, proliferators, terrorist groups, and criminal syndicates. In a presentation that is “Moneyball meets Charlie Wilson’s War,” Juan Zarate pulls back the curtain on this shadowy world. Through gripping stories, he explains how a small, dedicated group of officials redefined the Treasury’s role and used its unique powers, relationships, and reputation to apply financial pressure against America’s enemies. He was at the head of a new brand of financial power—one that influenced and leveraged the private sector and banks directly to isolate rogues from the international financial system. By harnessing the forces of globalization and the centrality of the American market and dollar, Zarate and the Treasury developed a new way of undermining America’s foes, which is now critical to the most vital geopolitical challenges facing the United States, including terrorism, nuclear proliferation, and the regimes in Iran, North Korea, and Syria. Smart, direct, and engaging, Zarate also addresses how the targets of these operations have adapted to the new system and what the future holds for this incredibly effective but little-discussed financial power, which serves as America’s best weapon when sanctions are not enough but war is not an option.

National Security Challenges, Global Risk, and Emerging Opportunities in an Age of Terror and Uncertainty. In an age of terrorism, growing threats from rogues states, non-state actors, and intensifying globalization, Juan Zarate – the U.S. government’s counterterrorism czar – explains current threats and trends, those on the horizon, and the risks and opportunities to governments and businesses operating in a global environment. With deep experience in managing U.S. domestic and international responses to transnational threats from the White House, Zarate puts these issues – from terrorism and piracy to cyberthreats and nuclear proliferation – in strategic and economic context, while explaining the systemic and interconnected nature of the challenges the United States and its allies face. There are few who understand as broadly and deeply as Zarate the national and homeland security implications of the threats we will be facing for years to come and the likely responses and opportunities that will arise as a result.

Understanding the Financial Furies: Economic Sanctions, Financial Regulation, and the Evolution of Smart Financial Power. The international financial system and economy have undergone enormous change and stress during the current economic downturn, and – as a result – they will be subject to increased international regulation and government intervention. This new environment will create additional burdens and opportunities for the private sector, while governments will be more reliant on additional sanctions and regulations to protect the integrity and security of the financial system. This will feed a new brand of financial power determined by reputational risk and market forces, economic sanctions, and financial regulation, which will be used to pressure and isolate terrorists, drug traffickers, money launderers, international organized criminals, and rogue states. Zarate – who helped establish this new brand of smart financial power as the first assistant secretary of the Treasury for terrorist financing and financial crimes – oversaw the largest expansion of the anti-money laundering system in the U.S. since the 1980s. With that experience, he addresses the evolution of the global regulatory structure, the increasing use of financial influence in national security, and the likely costs to the private sector.

The Expanding Role and Importance of the Private Sector, Transnational, and Non-State Actors in Homeland and International Security. Governments around the world rely heavily on the private sector to address security-related issues of local, regional, and global concern. From physical and systems security to data integration and analysis, private sector entities are asked to play a more direct role in countering increasingly complex threats. In addition, the work of non-state actors, like NGOs and international commercial ventures, are viewed as critical elements of national security. This trend is especially important as state and non-state networks and actors work to thwart national defenses. With growing reliance on the private sector, governments will also be creating opportunities for greater investment by the private sector in all facets of homeland security. Zarate – who managed policies related to transnational threats in the White House and led outreach to the private sector in his career as a senior Treasury official – addresses the growing reliance by governments on the private sector to address a wide range of issues including homeland security, data and information analysis, counter-radicalization, maritime security, infrastructure protection, supply-chain security, financial regulation, and smart development.

Managing, Innovating, and Executing in Times of Crisis and Transition. In turbulent economic times, it is critical to manage crises with an eye toward emerging stronger and with a clear focus and capacity to succeed in the new environment. Juan Zarate – who helped establish the Office of Terrorism and Financial Intelligence at the Department of the Treasury – speaks to the historic transitions at the Treasury Department after 9/11, the steps taken to downsize and restructure Treasury’s mission, and the resulting paradigmatic shift in the way the U.S. government and world leverage financial power. Zarate explains how a small group of individuals banded together under enormous pressure to rebuild Treasury’s role in the national security field by leading efforts to isolate terrorist financiers. Zarate also addresses how he led the government’s counterterrorism community, helped reshape U.S. government policies; coordinated the military, intelligence, diplomatic, financial, and law enforcement communities; and innovated new strategies to address the evolving threats facing the international community.

The Future of National Economic Security. With his experience at the Office of Terrorism and Financial Intelligence at the Department of the Treasury, Juan Zarate explains the history of our economic security, how it compares to our present situation, and what we will see in the future. He discusses whether we are safer as a nation now than we have been in the past and what affects our threat level. An expert at the intersection of finance and security, Zarate also explains how businesses are now playing a central role in national security. He discusses how governments and the business world will increasingly collaborate in order to address the undercurrents of conflict that jeopardize the security of business and everyday life.

The Changing Nature of Security. Before the spread of terrorism, our country’s enemies had a face and a name. We could identify the Nazis and locate the Soviet Union on a map. Today’s biggest security threats are very different. Battling terror networks that proliferate over multiple continents and through cyberspace requires a different methodology than what we have used and dealt with in the past. Juan Zarate, with his vast experience as national security advisor and on the National Security Council, has both the breadth and depth of knowledge required to tackle such a complex issue as the changing nature of our nation’s security. An expert at the intersection of finance and security, Zarate takes audiences through the old way of thinking and challenges what we know, what we need to know, and what we need to be thinking about in today’s security environment.

When To Call It 'Terrorism'

Treasury's War: The Unleashing of a New Era of Financial Warfare