Former President, The Brookings Institution; Former Commander of NATO and US Forces in Afghanistan; Former Senior Advisor to the Secretary of Defense for Middle East Security; Former Presidential Special Envoy to the Global Coalition to Counter ISIL 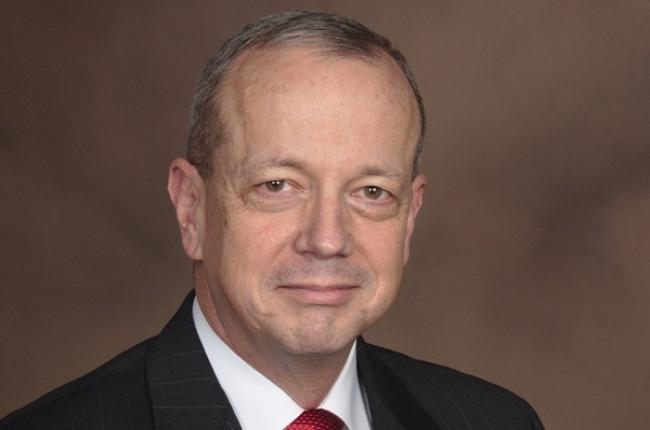 General John Allen is one of the nation’s most legendary military leaders and most respected thought leaders on U.S.-global engagement and leadership of large, complex organizations. When President Barack Obama created the appointment of special envoy for the Global Coalition to Counter ISIL, General Allen was the first American tapped to confront the Islamic State terror group. General Allen’s diplomatic efforts grew the coalition to 65 members and effectively halted the expansion of ISIL. President Obama said of Allen, “American leadership of this coalition is making the world a safer place, and we have been fortunate to have a great patriot like John Allen leading our efforts.” From 2017 to 2022, General Allen served as the seventh president of the prestigious Brookings Institution in Washington D.C., where he formerly served as chair of security and strategy and a distinguished fellow in the Foreign Policy Program.

Widely hailed as a strategic thinker and a true battlefield leader, retired four-star Marine Corps General John Allen is one of the nation’s foremost experts on the geopolitical relationships between the U.S. and Asia, the Middle East, Europe, and NATO, and has led large complex, organizations, including the entire war effort in Afghanistan. A unique combination of warrior and diplomat, General Allen shares awe-inspiring stories of the challenges facing our nation, the keys to combating the danger, and the leadership lessons that can be applied to today’s business environment. Exclusively represented by Leading Authorities speakers bureau, General Allen brings audiences to the scenes of some of modern history’s most tenuous decision-making moments. His commanding presence has audiences holding their breath as they hear his first-hand accounts of combating what the FBI called the “danger it worries about all day long.”

Distinguished Military Career. When General Petraeus became CIA director in 2011, General Allen replaced him as the commander of the NATO International Security Assistance Force and U.S. Forces Afghanistan. There, he led and managed 150,000 troops and oversaw one of the most complex military transitions of the last decade as he oversaw the strategic shift from troop-intensive counterinsurgency operations to the development of Afghan security forces. Allen spent his early career in Washington, DC, and became the first Marine Corps officer to be inducted as a term member of the Council on Foreign Relations. He had field command during missions in the Caribbean and the Balkans and became the first Marine to serve as the commandant of midshipmen at the Naval Academy. He then served as the principal director of Asian and Pacific affairs for the office of the Secretary of Defense before heading to a command position and service in Iraq. General Allen spent 13 months in the al Anbar province, where he led efforts to persuade Sunni tribal leaders to stand against al-Qaeda militants. His success precipitated a shift the war in western Iraq. In 2008, General Allen became deputy commander of U.S. Central Command.

A Respected Leader. Leon Panetta, the former defense secretary, described General Allen as “one of the United States military’s most outstanding battlefield leaders, a brilliant strategist, and an exemplary Marine.” Secretary Kerry said, “He worked relentlessly to build a vision among a diverse group of nations and bound them together with common purpose. I have relied on—and deeply valued—General Allen's advice and counsel.” For his command of the Afghan theater of war, he was presented the U.S. Defense Distinguished Medal, and for his service as a diplomat he was presented the Department of State Distinguished Honor Award by Secretary John Kerry and the Director of National Intelligence Distinguished Public Service Award by Director James Clapper. For his leadership of their forces in Afghanistan and his leadership of the Global Coalition Against ISIL, he was also recognized with prestigious awards from Australia, Afghanistan, France, Italy, and Poland: The Order of Australia, the Afghan Ghazi Mir Bacha Khan Medal, the French Legion d’Honneur, the Order of Merit of the Italian Republic, and the Commander’s Cross of the Order of Merit of Poland.

Among his other affiliations, General Allen is a senior fellow at the Merrill Center of the Johns Hopkins School of Advanced International Studies and a senior fellow at the Johns Hopkins Applied Physics Laboratory. He is an “Ancien” of the NATO Defense College in Rome, and a frequent lecturer there. He holds a bachelor of science in operations analysis from the U.S. Naval Academy, a master of arts in national security studies from Georgetown University, a master of science in strategic intelligence from the Defense Intelligence College, and a master of science in national security strategy from the National Defense University. Additionally, He was selected as a Distinguished Graduate of the U.S. Naval Academy, where President Biden appointed him to the Academy’s Board of Visitors in 2021.

General Allen has published numerous articles in the mainstream media and in professional journals.  He is a sought-after speaker and has frequently appeared on television (CNN, CBS, MSNBC, and others) and radio (BBC and TG1 RAI) as a commentor.  He is the co-author of the book Turning Point: Policymaking in the Era of Artificial Intelligence alongside co-author Darrell M. West (Brookings Press, 2020). He is also the co-author of Future War and the Defence of Europe alongside LTG (Ret.) Frederick “Ben” Hodges and Professor Julian Lindley French (Oxford University Press, 2021). Future War has been translated into German, Romanian, and Ukrainian. He is one of the originators of the term “hyperwar.”  As a co-inventor, Allen shares five AI related patents. 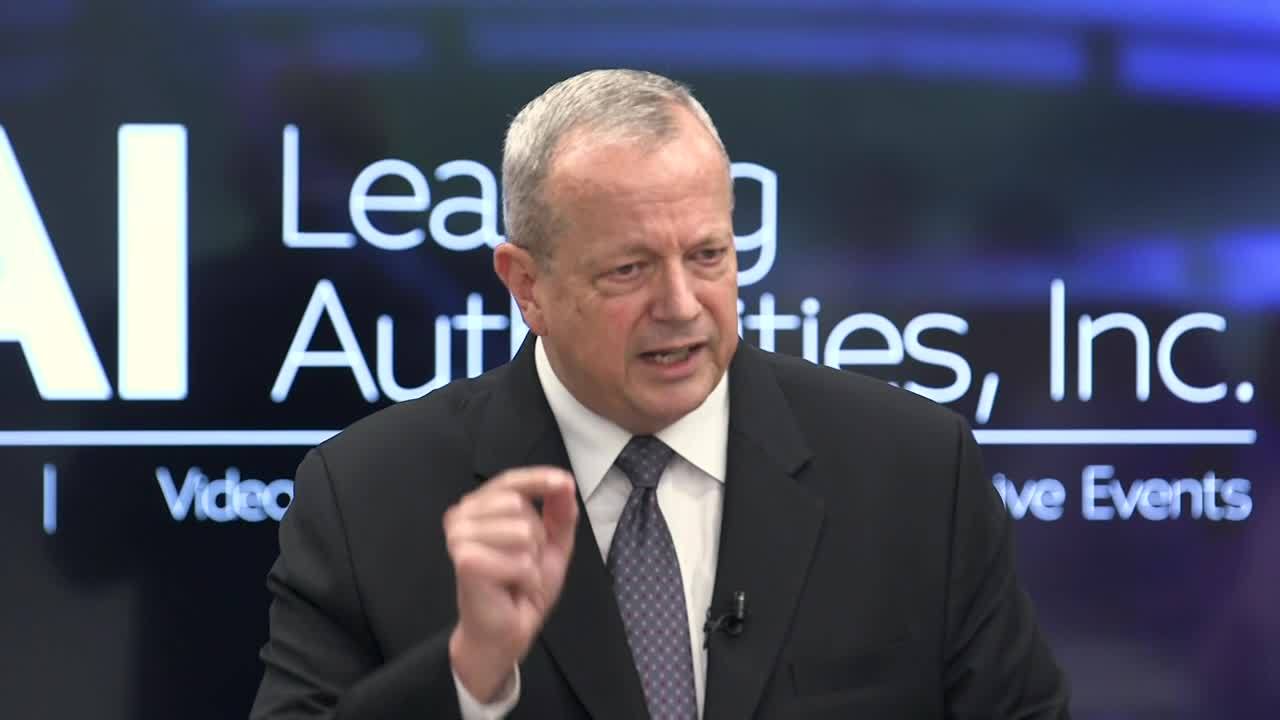 The Characteristics Of A Successful Leader

Leading The Battle: Strategic Leadership For The 21st Century. In the world of complex, performance-based organizations, strategic leadership is the first, and the essential, quality of those at the top. Through powerful stories shared from the conflicts he lived and worked through, General Allen discusses the crucial elements of leadership, including:

Through eye-opening and at times emotional anecdotes about bearing the brunt of battlefield challenges alongside the people you lead, leading with both “heart and fist,” and why he believes we’re living amongst a new “greatest generation, “Allen inspires audiences to build more cohesive and adaptable organizations. General Allen also explores key tenants of strategic leadership, including resiliency, honesty, integrity, and transparency.

Crisis Management & Leadership in Crisis. Here, General Allen explores how to lead an organization through times of change. Citing the need to dominate the information space by controlling the message about your organization, General Allen explains the need to be faster and more truthful than your enemy—or competitor. He leads audiences through the process of making time-sensitive decisions that involve risk and explains how to manage competing priorities. With harrowing details and nail-biting suspense, General Allen’s tales of leadership in crisis pull from real-world events and leave audiences on the edge of their seats.

Today’s International Affairs & US—Global Engagement. Widely hailed as a strategic thinker and a true battlefield leader, General Allen is one of the nation’s foremost experts on the geopolitical relationships between US and Asia and the Middle East. A unique combination of warrior and diplomat, Allen shares awe-inspiring stories of the challenges facing our nation, the keys to combating the danger, and the leadership lessons that can applied to today’s business environment. General Allen brings audiences to the scenes of some of modern history’s most tenuous decision-making moments. His commanding presence has audiences holding their breath as they hear his first-hand accounts of combating what the FBI called the “danger it worries about all day long.”

Global Megatrends: A Look At The World In 2050 & Beyond. The international community is facing a set of growing challenges that are increasingly defining the world our leaders, businesses, communities—and most importantly our children—will face. Generally considered to be five in number, these megatrends are already at work shaping our lives and our planet. They include: The shift of wealth and economic power from West to East; major demographic changes; a massive migration into urban “megacities”; technological developments that will be used by benevolent and evil actors; and finally, resource scarcity and climate change. Here, General Allen reviews how these megatrends will play out and influence our everyday lives and the major institutions on which we rely. A fascinating and eye-opening look at what’s to come, General Allen offers a glimpse at what the world may look like in 2050 and beyond, and the opportunities and potential pitfalls the future presents.

The Militarization Of AI: Hyperwar. On only a few occasions has history witnessed fundamentally transformative changes in the way war is waged. Here, General Allen looks at these changes (the advent of the rifled musket, the marriage of the radio and fast-moving armored vehicles, and the emergence of the aircraft carrier, to name a few), and details how today’s technological developments—sometimes originating in a variety of different fields—will come together to enable a new seismic shift to conflict as we know it. Allen has labeled the dawn of this new age of warfare “hyperwar.” In this eye-opening and incredibly forward-looking talk, General Allen examines the ways we will see humans providing broad, high-level input to military strategy while machines conduct autonomous intelligence collection and analysis, evaluate military options, and even commit military resources. This is a fascinating speech that examines the ethical and the moral challenges, the practical applications of rapidly advancing technology, and what it means for humankind.

Ukraine, General Allen: «It is the new war of the 21st century, cyber, media and on the ground. Moscow has already started it» 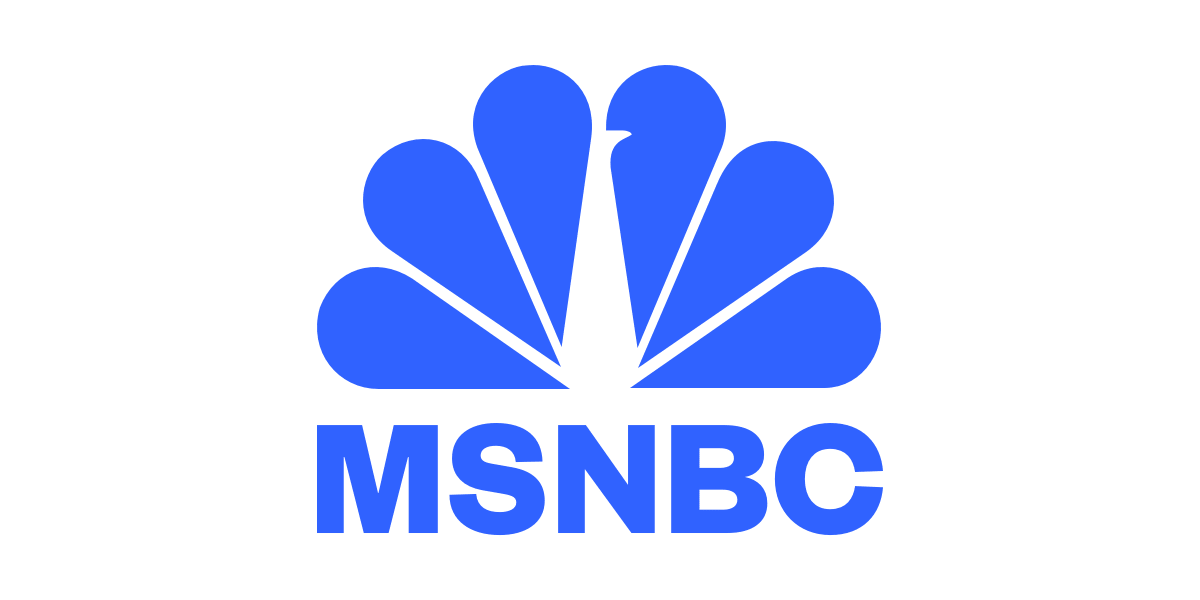 The Four Plus One and Global Mega Trends: General John Allen Addresses NAFAC

Meet the General Who's Going to War for Hillary Clinton

“General John Allen was the dinner speaker at the 20th Annual CEO Forum, an invitation-only event for CEOs of leading engineering and construction firms. Our dinner speakers rarely receive a standing ovation. Gen. Allen received two – one when he was introduced and the second after his remarks. He was one of the best speakers we have had in 20 years. His talk on geopolitical megatrends and a country-by country assessment of hot spots around the globe were very insightful. He also was willing to visit with our participants both during the cocktail reception and dinner. He is a superlative speaker and a terrific guy!” 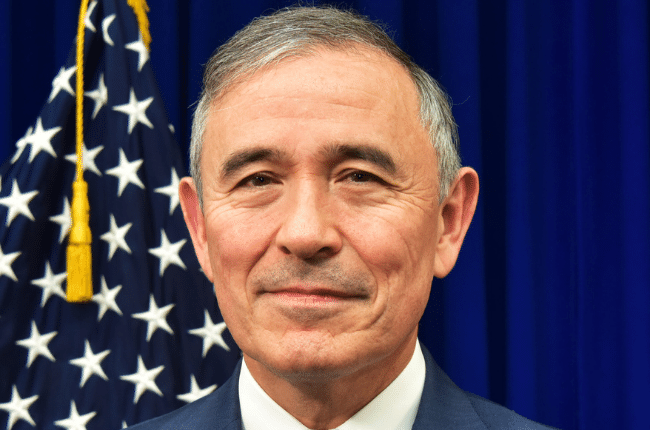