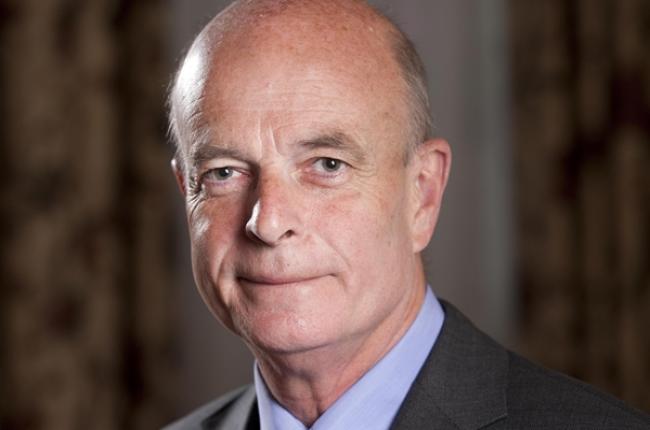 Sir John Scarlett served as Chief of the British Secret Intelligence Service (SIS or MI6) from 2004 to 2009. Sir John joined the SIS in 1971 and over the next 20 years served in Nairobi, Paris and twice in Moscow as well as several assignments in London covering Africa, Eastern Europe and the Soviet Union. His second time in (1991-1994) coincided with the end of the and the early years of the . In early September 2001, he retired from SIS on appointment as Chairman of the Joint Intelligence Committee (JIC) in the Cabinet Office.

On the 1st of August 2004, Sir John rejoined SIS as its Chief.  As Head of the Service, he was responsible for the management of resources, the conduct of operations, and advice to the Government during a period of significant global uncertainty and risk from international terrorism.  Sir John retired on 31 October 2009 after 38 years in Government Service.

Sir John was born in 1948 in and educated at , , where, in 1970, he was awarded First Class Honours in Modern History. Since leaving SIS, he has become a Senior Advisor at Morgan Stanley. Sir John is Chairman of the Strategy Advisory Council at Statoil ASA. He holds Advisor roles at Swiss Re and Dataminr.  He is Chairman of SC Strategy Ltd. He is a Director of Times Newspaper Holdings, Vice Chairman at the Royal United Services Institute (RUSI) and Co-Chair of the Global Advisory Council at the Woodrow Wilson Center, Washington DC. He is Chairman of the Bletchley Park Trust.  Other Trusteeships include the Royal Medical Foundation of Epsom College and Friends of the French Institute in the United Kingdom.

Sir John was appointed a member of the State Honours Committee by the Cabinet Office in 2017. 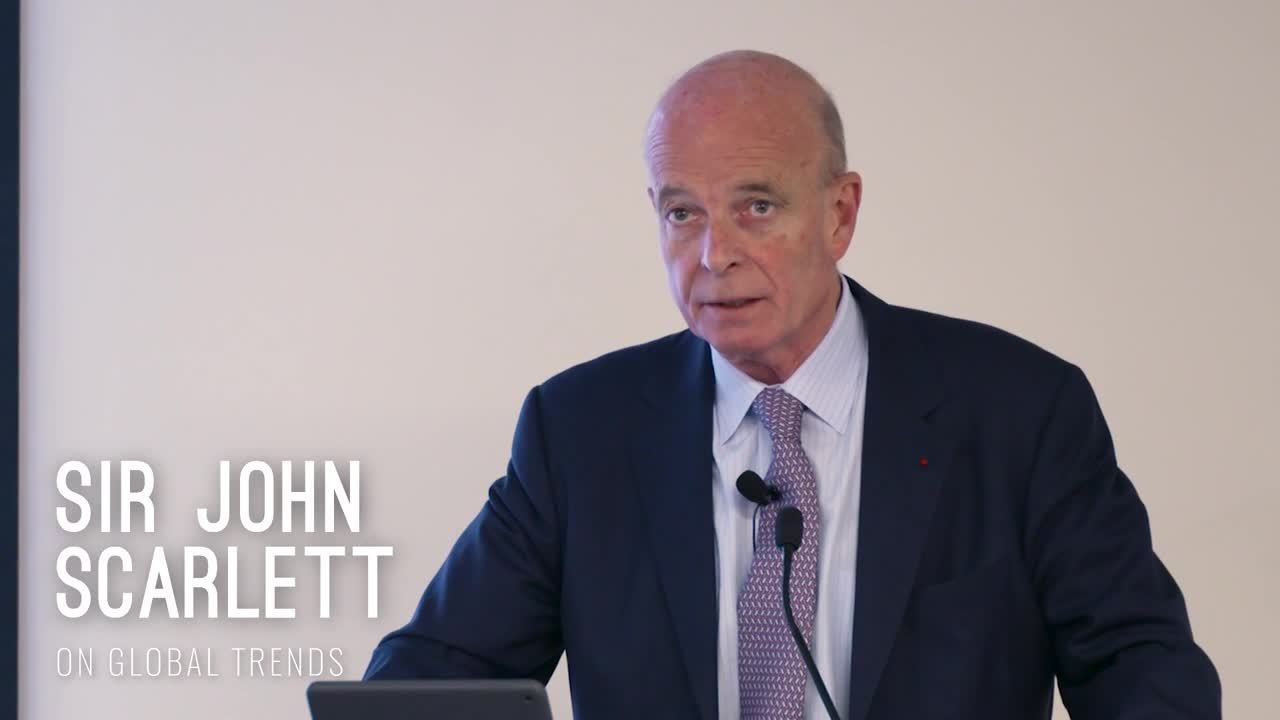 The State of the World: From National Security and Geopolitics to Cyber Threats. Sir John Scarlett offers audiences a personal look at the state of the world today and the geopolitical issues about which audiences should be “in the know.” Which areas of the world are troublesome for our nation’s interests? Which countries are on the rise and which in decline? How vulnerable is our infrastructure to cyber attack and what should we do about it? Having lived a life as an intelligence officer that few can even imagine (and movies do not quite do justice), Scarlett’s is a powerful and compelling look at the unpredictable and rapidly changing global landscape and how organizations can make it work for them—giving audiences the ultimate insider’s glimpse into the forces and key players shaping the world.

“It went really well thanks. All the clients turned up so we had 24 round the table. Sir John and Bob complimented each either other really well having both the UK and US perspective and lots of examples of what they have worked on and what they see for the future. We had a good, more structured Q&A session and then the discussion continued over dinner. Feedback from clients was very complimentary last night.”

“Feedback has been exceptionally high from our customers and it was a real highlight of the conference. Please do extend our thanks to Sir John for delivering such a fascinating and insightful speech.”

“My best and thanks to Sir John for participating at Wednesday’s Institutional Investor Summit. He was sporting, charming and engaging... As the case was, his presentation was so thought provoking that I didn’t have time to ask a single of the pre-prepared question given the audience response. Perfect! On the email feedback I’ve had so far, a number of our clients and Middle East investors have flagged up the participation as ‘insightful’ and ‘excellent’.”